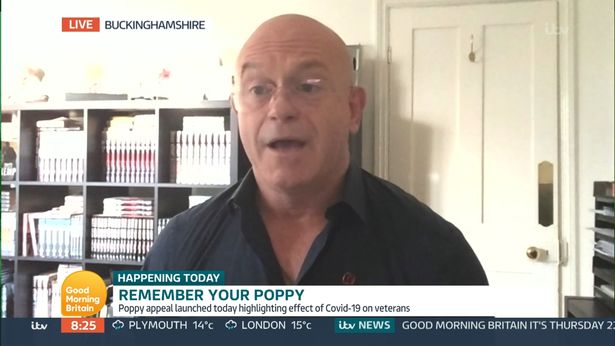 Ross Kemp gave an update on Dame Barbara Windsor today as he spoke about their emotional chat.

The 56-year-old spoke about his EastEnders co-star and close friend’s Alzheimer’s and revealed that he had spoken to her via FaceTime over the weekend.

Appearing on Good Morning Britain today, he told hosts Charlotte Hawkins and Kate Garraway that he was campaigning for the Royal British Legion on Barbara’s behalf.

Questioned on how Barbara was doing, Ross explained that he had been speaking to her via FaceTime with her husband Scott.

He also revealed that Barbara had recognised him during the call and said that he was worried about her condition.

“It’s probably not going to get much better for her.”

Barbara, who played Ross’ on-screen mum Peggy Mitchell, has had Alzheimer’s for six years and first spoke about her diagnosis in 2018.

Scott, who has been married to Barbara for 20 years, previously opened up about the decision to move Barbara into a care home, full-time, in July.

He told The Sun: “I feel I’m on an emotional rollercoaster. I walk around, trying to keep busy, then burst in to tears. It feels like a bereavement.

“It’s always been my biggest fear, that one day I would have to take her somewhere and she’d be thinking, “Why would he do this to me?” That fear has become a reality. It’s something I never wanted.”