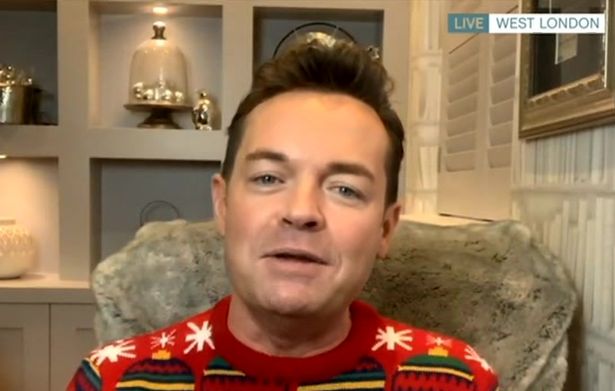 The telly presenter appeared on the ITV morning show to promote his show In For A Penny, however couldn’t help but mention the married duo’s axe.

The pair were reportedly devastated to learn of their shock ITV axe and that Alison Hammond and Dermot O’Leary would be taking their weekly spot instead.

And it seems as though Stephen will be missing Eamonn and Ruth on his telly.

Appearing via video call, he told them: “Eamonn and Ruth, can I just say something?”

“I think we will see everybody again in February,” he added.

Ruth added: “You haven’t got rid of us, we’re back. It’s been a tricky year for everybody and we hope that we’ve helped you through it a little bit and thank you for all your support.

“Have a very Merry Christmas and lots of love from us. See you in February.”