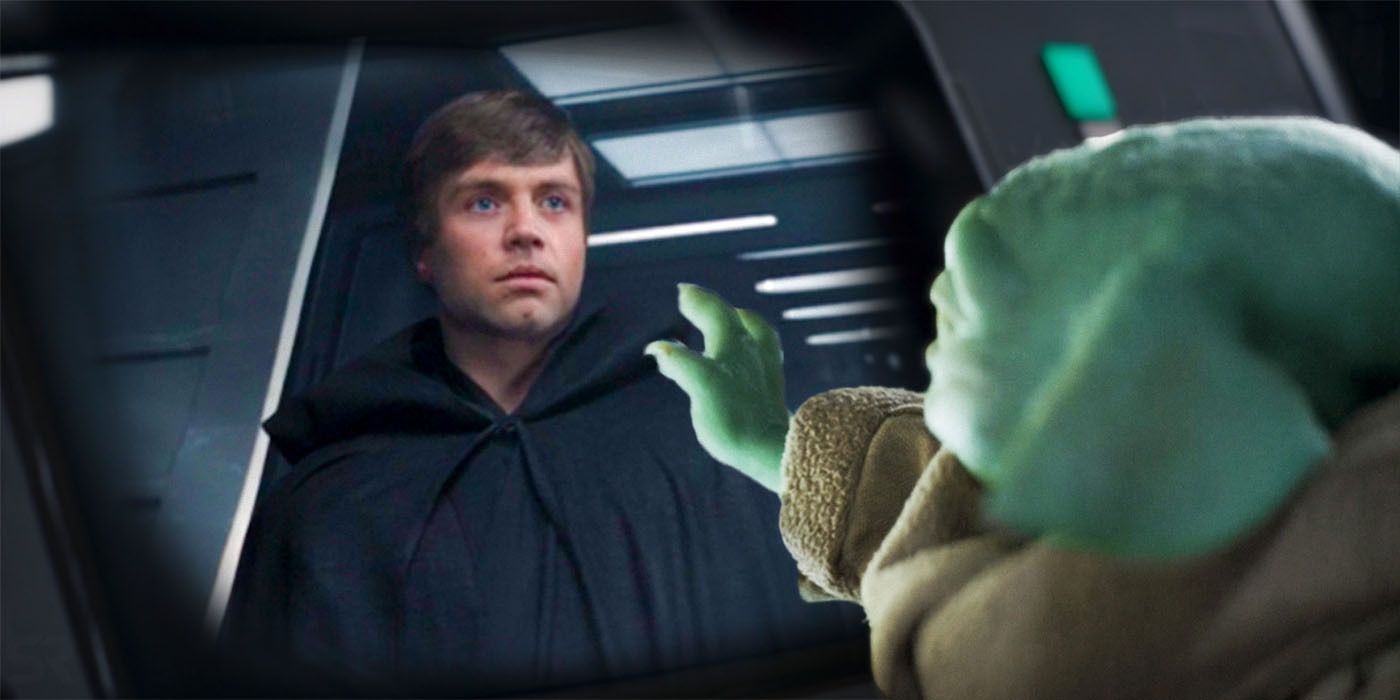 Luke Skywalker has arrived, and more specifically, he’s here to rescue Grogu. Having sensed his presence in the Force, Luke is acutely aware that Baby Yoda needs to be trained by a fellow Jedi, so that he can master his potentially incredible abilities and truly be safe. This fits with Baby Yoda’s backstory, as previously he had to hide his Force powers in order to stay hidden; it was those same powers that drew the attention of Moff Gideon and the Imperial Remnant, and without the likes of Mando helping him, Grogu’s fate could have been very different and a lot more tragic. With the right training, then Baby Yoda no longer has to be as defenseless, and can have more agency in his own future.

Quite what that future is remains to be seen. Luke Skywalker is taking Baby Yoda to train him, but the timeline means it is still a few years away from Luke starting his Jedi Academy with a young Ben Solo, who was said to be his very first student. This raises a couple of possibilities: The Mandalorian is retconning Star Wars, or Baby Yoda does not become part of Luke’s Jedi Order. Both feel plausible, since Disney has happily disregarded its own canon built up through books and comics if it means better servicing their major live-action properties, so it wouldn’t be too surprising if Baby Yoda were to become the foundation for Luke’s Jedi Order. If that were to happen, though, then it would perhaps mean a very dark fate for Grogu: Ben Solo will eventually turn to the dark side, becoming Kylo Ren and killing Luke’s other students, which could mean Baby Yoda dying at his hand. That said, Baby Yoda has already survived one Jedi Purge, so it’s possible he could miraculously be stolen away and saved yet again – The Mandalorian makes a brief connection between him and R2-D2, for example, who could find a way of helping with that.

Alternatively, there’s the option that Baby Yoda does not fully train as a Jedi with Luke Skywalker, or at least doesn’t make it to his Academy, but is instead just with him for a spell in The Mandalorian season 3. This feels more logical, because ultimately The Mandalorian is not Luke’s story, but that of Din Djarin and Grogu, so it seems impossible that they won’t see each other again soon. The goodbye between the pair, with Mando not only showing Baby Yoda his face but allowing him to touch it (which is likely the first time anyone has touched his face since he was taken in as a foundling), further cements the inextricable bond between the two. Ahsoka Tano has said that Grogu needed to choose his own path. That meant being found by the Jedi, but it may ultimately be with the Mandalorians. Now that Din has the Darksaber and could learn to become the Mandalore, then it may be setting up a future where Grogu sides with him, choosing the Force but also his family, which could even stretch as far as being the second-ever Mandalorian Jedi. Either way, Baby Yoda’s long-term future in The Mandalorian should be with Mando, not Luke Skywalker.