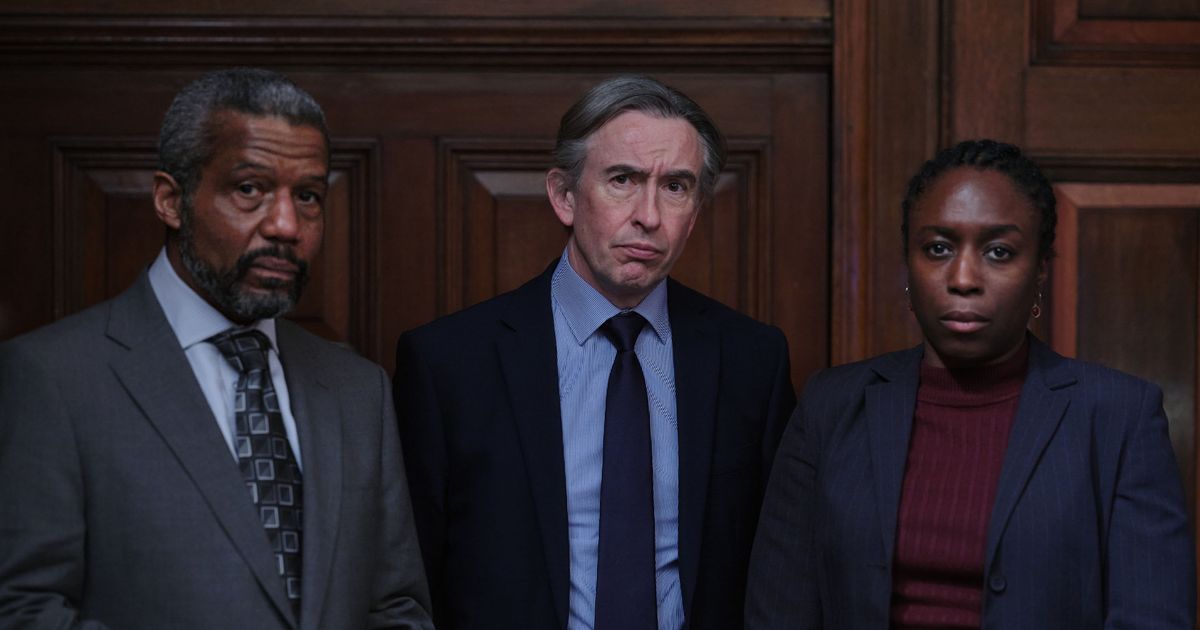 Stephen Lawrence was studying for his A-levels and had dreams of becoming an architect when his life was cut short because he was black.

The 18-year-old was stabbed to death at a bus stop in Eltham with friend Duwayne Brooks in an unprovoked attack by a group of white youths that has become one of Britain’s most notorious racially-motivated murders.

On 22 April 1993, Stephen received two horrific stab wounds of 5 inches that severed axillary arteries and penetrated a lung, and he managed to get up and start running before collapsing and dying from his injuries.

Despite tip-offs from the community in Eltham, South East London, including phone calls and a note on a police car windscreen, the suspects walked free.

Even though Stephen’s parents Doreen and Neville were convinced of the identity of their son’s killers, the original investigation had failed to convict those responsible and the Lawrence family embarked on long struggle for justice which exposed institutional racism and corruption within the Metropolitan Police.

Stephen Lawrence was murdered in a racist arrack in 1993
(

It would take 19 years for Gary Dobson and David Norris to finally be convicted of murder after new scientific evidence came to light.

They were jailed for life with respective minimum terms of 15 years and two months, and 14 years and three months – but Stephen’s parents are convinced there were other culprits who evaded justice.

The case is being depicted in a new ITV drama which begins on Monday night, called Stephen.

But who is starring in the three-part TV series, and what is the story behind the person they are playing?

Sharlene Whyte plays Doreen Lawrence, Stephen’s mother who has campaigned for racial equality tirelessly since her son’s death, and earned the title of Baroness.

Doreen promoted reforms of the police service and founded the Stephen Lawrence Charitable Trust, appointed to the Order of the British Empire for services to community relations in 2003, and made a Life Peer in 2013.

Doreen was born in Jamaica in 1952, and emigrated to England when she was nine.

The couple divorced in 1999, and insisted their split had nothing to do with their son’s murder.

More than 28 years on from Stephen’s death, only two men involved in the attack have ever been convicted, and with the case being labelled as “inactive” last year, Doreen believes others responsible may never face true justice.

Appearing on ITV’s Lorraine, She told Christine Lampard: “I think, because [the Metropolitan Police] didn’t collect the evidence properly on the night, it’s very difficult to think, after so many years if there is [a chance].

“I think when Clive Driscoll took up the case back in 2006, or whatever the year, I think he had hopes, and I think had he been allowed to continue what he was doing [he might have been successful]… because I think without him, we’d have never got the conviction because I don’t think the Met was that interested in all honesty.”

Sharlene, who also has a teenage son who is almost 18, opened up on her decision to play Doreen.

“I think it was quite challenging, actually, to imagine that this could happen to my child,” she told Digital Spy. “Just to imagine that was your own child, that was terribly heartbreaking.”

“I could have said no to it. It’s harrowing, but it’s a story that needs to be told and I felt like I was the right person to really give the character her own story with all the history.

“It was a difficult space to inhabit, but I knew it was only for a limited time. I knew there was an end.”

Sharlene has also played Jenny Edwards in The Story of Tracy Beaker and Adanna Lawal, the Head of Pastoral Care, in Waterloo Road.

Hugh Quarshie plays Neville Lawrence, Stephen’s father, who has also worked as a human rights campaigner since his son’s murder.

Like Doreen, Neville also moved to Britain from Jamaica and worked initially as a handyman and decorator.

When Doreen and Neville announced they were divorcing, his statement was different to hers, which had insisted Stephen’s death was not a factor.

“Our world began falling apart from the moment the hospital staff told us our son had died,” he said.

“For some reason that I have tried to understand, and can’t, we couldn’t reach out to each other.

Neville Lawrence, Stephen’s father, has tried to move on from the tragic case
(

“We stayed together for another six years, but from that day we never physically touched each other again.”

He moved back to Jamaica and lived a short distance from Stephen’s grave, though it is not clear if he still lives there now.

In 2017 he was appointed the head of a new group holding the police to account over knife crime, and he also agreed to serve as the chair of the community reference group, which was set up by the Metropolitan Police.

Neville revealed he had been moved to tears when watching Hugh’s portrayal in Stephen.

“At one stage I was looking at him and I thought that was me actually there,” he said on Good Morning Britain.

“He’s done a really good job, I’m really proud of what he’s done. I commend all the actors and actresses who were part of it, I think it’s brilliant.

“At one stage, tears were running out of my eyes, I was saying, ‘How can that be me in a film when I’m sitting here watching?’

“It was so really, really good.”

Appearing on the show alongside him, Hugh said: “It’s the greatest tribute for Neville to say that when he was watching me, he saw himself.

“This was a family that suffered a needless tragedy but then put their faith in the institution, and in the police, and in the courts, and they were badly let down.”

Some of Hugh’s best-known roles include his appearances in the films Highlander, The Church, Star Wars: Episode I – The Phantom Menace, and the Doctor Who episodes Daleks in Manhattan and Evolution of the Daleks as well as his long-running role as Ric Griffin in the BBC medical drama Holby City.

Hugh played Ric for 19 years and was the longest-serving cast member in Holby City, until he confirmed his departure in October 2020.

DCI Clive Driscoll is the police officer who successfully secured the convictions of two of Stephen’s killers, Gary Dobson and David Norris, two decades after his tragic death.

Clive was born in 1951 and joined the Metropolitan Police in 1971, starting out as a constable at Sutton police station.

Rising up the ranks, he headed the Racial and Violent Crime Task Force and became Detective Chief Inspector of the police force.

But 35-year career came to an end in 2014, when he claims he was forced to retire by senior officers.

In 2015, he wrote his book, In Pursuit of the Truth, a memoir from his time in the police.

In an interview with The Radio Times, Clive revealed that he had spoken to Steve Coogan at length while the Alan Partridge star prepared for his role.

“I spoke to him on Zoom for two-and-a-half hours. He was incredibly lovely and down to earth,” he said.

“We were going to meet up, but that was impossible due to the lockdown. He is a very talented man.”

Steve is known for playing Alan Partridge as well as having roles in a host of films including The Parole Officer and 24 Hour Party People.

He is also known for co-starring with Rob Brydon in A Cock and Bull Story and The Trip.

Stephen’s mother Doreen Lawrence with her son and his brother, Stuart
(

Stuart Lawrence is the younger brother of Stephen Lawrence.

He was 16 when his brother was killed, and now works as an educator and motivational speaker.

He wrote Silence is Not an Option, a book about the senseless killing of his brother and how he overcame the trauma in order to live his life in a positive way.

Alongside his parents, he regularly campaigns for racial equality.

He is played by actor Jorden Myrie in the ITV series.

Jorden has also starred in films Dancing in the Dark, Shepherd’s Delight and The Problem with Kaldeep.

Georgia Lawrence was Stephen’s sister, who was just 11 when he died and has stayed out of the spotlight.

She is played by Yasmin Mwanza, who has starred in Spider-Man: Far from Home and The Lady of Heaven.

Duwayne Brooks was Stephen Lawrence’s friend, and was there on the night he was murdered

Duwayne Brooks was a friend of Stephen’s who was with him the night he was murdered and experienced severe post-traumatic stress disorder as a result of the attack.

He filed a lawsuit against the police after the murder, citing negligence in their treatment of him as he was listed as a suspect instead of a witness.

His initial claim was denied, but in 2006 he received £100,000 in compensation from the Met police after he accused them of spying on him.

Duwayne became a councillor of Lewisham, before joining the Conservative Party in 2018, long-listed as a potential London mayoral candidate – but eventually he was not selected.

Imran, 56, was born in Pakistan in 1964 and moved to London in 1968, when he was four, experiencing racially motivated attacks himself.

He studied law at the University of East London, then known as the North East London Polytechnic, graduating in 1987.

He had been a lawyer for just 18 months when he took on the Lawrence case, which would prove career-defining.

“I couldn’t have known it would have turned into one of the most famous cases I’d ever deal with,” he told The Lawyer.

“Had I known, I think I would have been terrified.”

As a solicitor specialising in actions against the police, a barrister friend had recommended him to Stephen’s parents, who were frustrated at the police’s inaction.

Doreen and Neville requested that Imran write a letter to the police formally requesting information about where the investigation into Stephen’s murder was heading, and he admits now that he suspected police wrongdoing, though he kept his thoughts to himself in case he had got it wrong and lost the family’s trust.

Imran helped to instigate a private prosecution as the Crown Prosecution Service (CPS) refused to countenance a public prosecution, claiming there was not enough evidence – something that infuriated Imran.

In 2018, Imran was awarded the rank of Queen’s Counsel and he is still a highly regarded human rights lawyer.

As well as hosting GMB and Lingo, Adil has starred in Citizen Khan and Ackley Bridge.

Dame Cressida Rose Dick is a senior British Police Officer who has served as Commissioner of the Metropolitan Police Service since 2017.

She had been made deputy assistant commissioner, security and protection in 2006, and later went on to order a full forensic review into the evidence obtained from Stephen’s case.

She is both the first female and first openly gay officer to lead the MET in London.

Speaking in 2020 about the murder case, Cressida said: “The investigation has now moved to an ‘inactive’ phase, but I have given Stephen’s family the assurance that we will continue to deal with any new information that comes to light.

“The investigation into Stephen’s murder will also be periodically reviewed for any further investigative opportunities which may arise; for example, with advances in technology.

“Mr (Duwayne) Brooks, who was with Stephen on the night he died, has also been advised of the decision.”

Some of her other TV work includes Trying, Guilt, Doctor Foster, The Terror, and Good Omens.