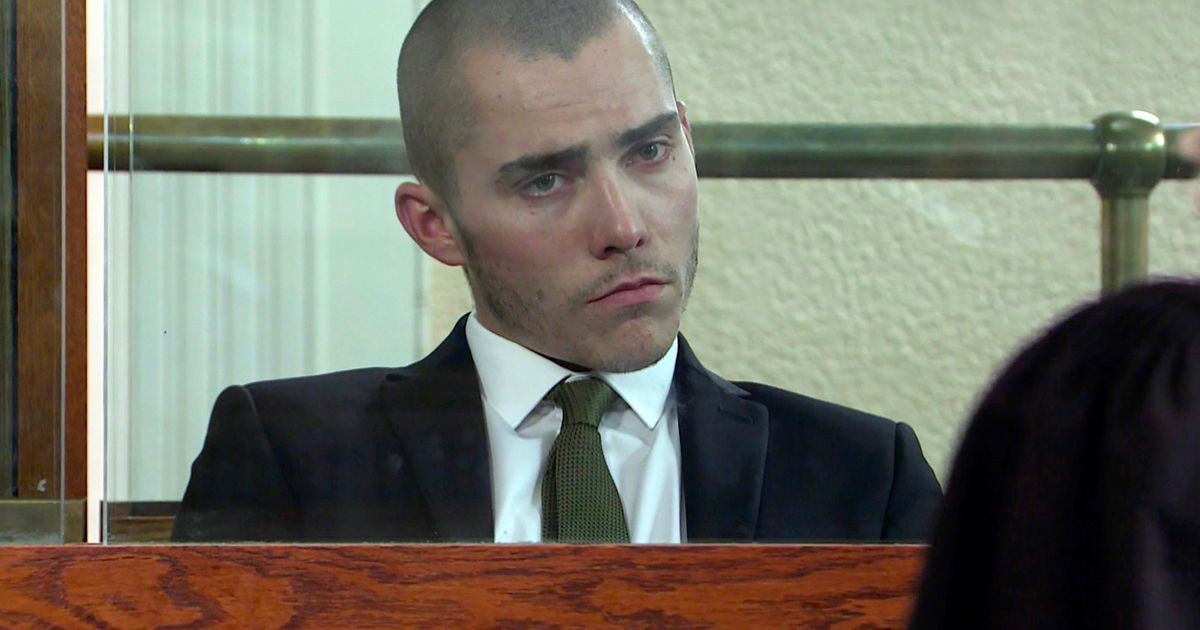 Corey Brent and Kelly Neelan have both been charged with the murder of Seb Franklin during an attack on himself and his girlfriend Nina Lucas.

Nina was attacked due to her identity as a goth and subsequently was too traumatised to continue to dress and embrace this side of her.

This week Nina remembers who was responsible for Seb’s death and testifies defiantly as a goth in court.

However, the twists aren’t over as next week Kelly’s chaotic mum Laura testifies in her defence of her struggling daughter.

Kelly takes to the witness box and describes how Corey attack Seb and kicked him repeatedly despite her begging him to stop.

However, Corey’s lawyer and Imran Habeeb’s ex-wife Sabeen accuses her of attacking Seb to impress Corey.

Laura’s turn in the stand sees her sing Kelly’s praises and says she is incapable of having attacked Seb in such a manner.

As the trial comes to a close, Kelly’s foster father and lawyer Imran delivers his closing speech, as does his ex-wife Sabeen.

As the jury departs to reach their decision, Seb’s grieving mother Abi Franklin screams at the jury to not believe Corey’s lies.

By Friday’s episode next week, the jury is deliberating while Imran still does everything he can to prove that Kelly is not a killer.

He isn’t alone either as Abi sets out to prove that Corey’s father Stefan bribed a witness to hide the truth that Corey is a murderer.

However, Abi’s quest for the truth worries her partner Kevin Webster who thinks such actions should be left to a professional like Imran.

As emotions run high, Imran sits down for a drink with rival Sabeen, but what would his partner Toyah Battersby say?

Will Corey Brent be punished for what he did?

As everyone piles into the court to hear the jury’s verdict, the result changes everything.

In the aftermath, residents of Coronation Street are shaken by the verdict but are left even more shocked when news arrives from the prison.

Has justice been served? And what is the latest twist after the verdict is revealed?

*Coronation Street airs on Mondays, Wednesdays and Fridays from 7.30pm on ITV with previous episodes available on ITV Hub.

What do you predict will happen in the murder trial on Coronation Street? Let us know in the comments below.