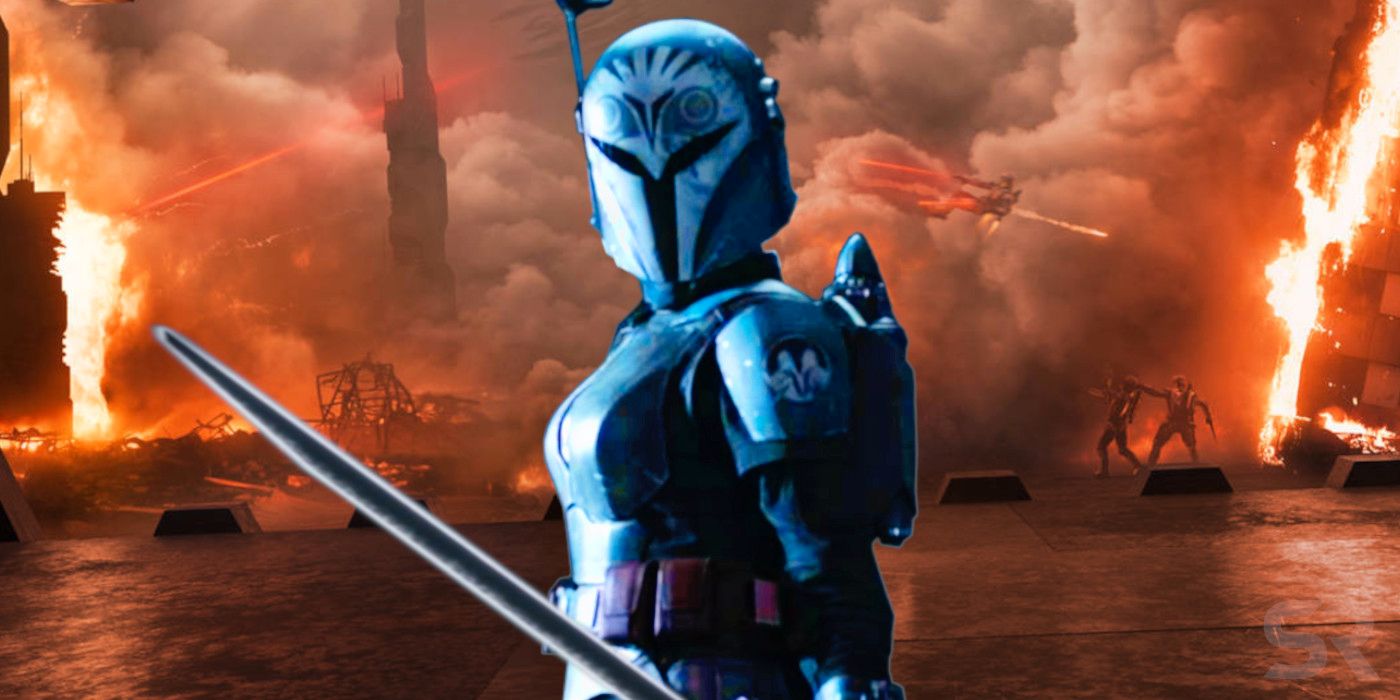 As with any legend of its nature, the tradition of the Darksaber is sure to stimulate superstition. It’s against the tradition to claim the blade without defeating its owner in combat, but how is that even enforceable? As Gideon said, the blade itself has no power, but that doesn’t mean the Mandalorians don’t believe it does, and it would explain a lot about the state of Mandalore during the time of The Mandalorian.

Sometime during Bo Katan’s brief rule, the Empire decimated Mandalore, killing many Mandalorians and scattering the rest throughout the galaxy. This purge is when Bo Katan lost the Darksaber to Moff Gideon. The ravishing of the planet was so bad, Din Djarin and the Children of the Watch believed the planet was actually cursed and anyone that goes there will die. While Bo Katan says that’s not the case, that kind of superstition may not be so foreign to the rest of the Mandalorians.

If her accepting the Darksaber without combat means her rule is illegitimate, perhaps Bo Katan and/or the rest of the Mandalore people believe the purge and loss of Mandalore was their comeuppance for accepting a leader who violated the Darksaber’s most sacred tradition. This would also explain why Bo Katan believes she needs the Darksaber to take Mandalore back, as well as the fact that she only has a few other supporters with her. She may need to get the Darksaber back, legitimately this time, to prove herself worthy of taking the planet back again.

The Force works in mysterious ways and the Star Wars universe has revealed many different religions or traditions that interact with the Force in different ways, so we can’t outright dismiss the possibility that the Great Purge of Mandalore was an actual metaphysical retaliation for Bo Katan forgoing the trial by combat, although regardless of if that’s true or not, as Gideon said, it’s the story that matters. If the people of Mandalore believe the purge was actually caused by Bo Katan violating the Darksaber’s demand for combat, then that’s all that matters and they’ll never rally behind a leader who hasn’t violently defeated the Darksaber’s former owner.

Right now, that person is Din Djarin, who has no ambitions of being a leader or rallying the Mandalorians to retake their homeworld. He’s allied with Bo Katan, but if he refuses to take up her cause in The Mandalorian season 3, they still might find each other at odds, leading to Bo Katan trying to take the saber from Din – the right way this time.