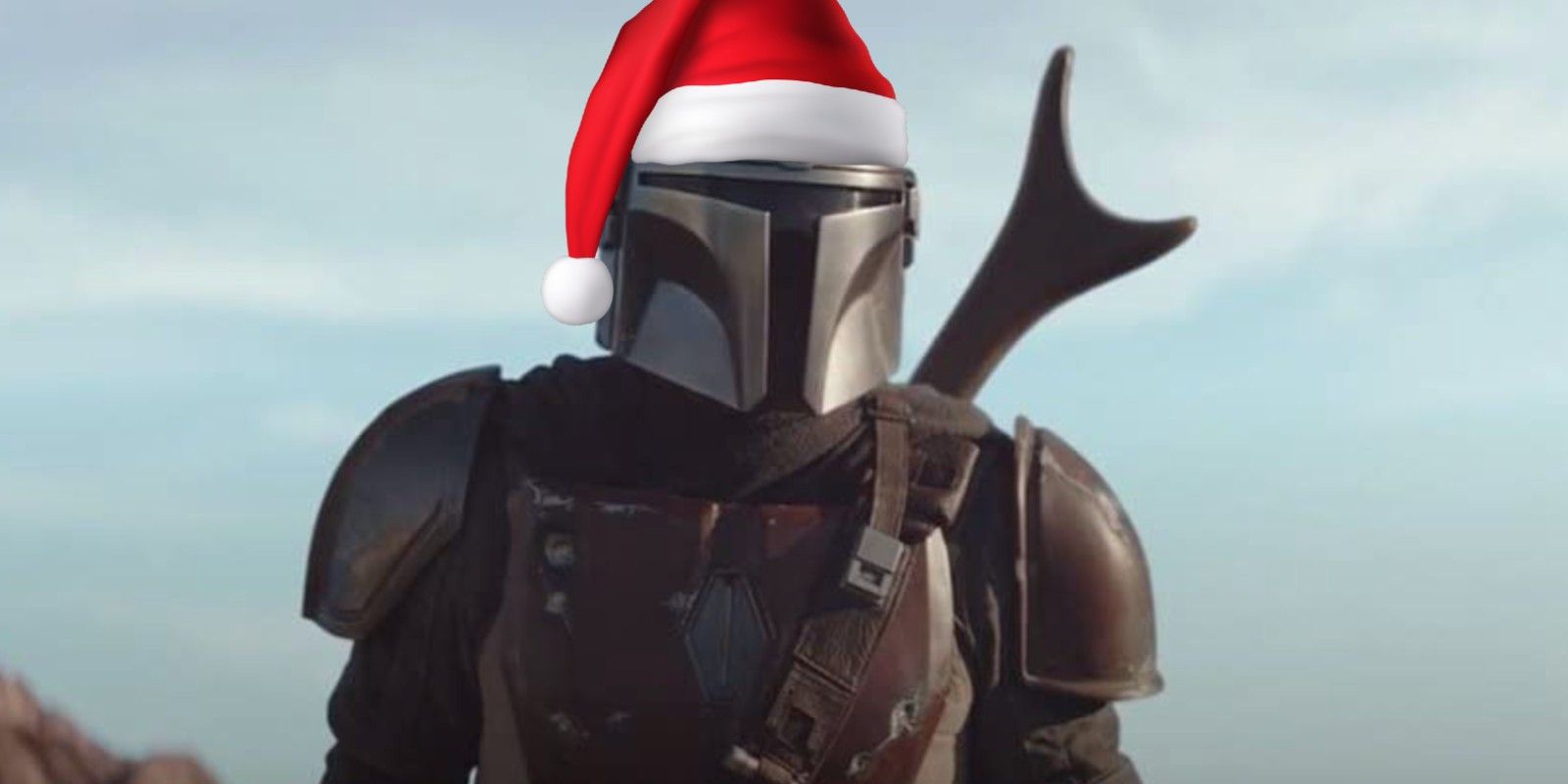 Get into the holiday spirit with this Mandalorian-themed light show set to the title song. Last year, The Mandalorian became one of the first original shows to premiere alongside Disney+’s launch; as the first of many Star Wars shows, The Mandalorian earned a great deal of attention from fans and practically became an overnight sensation. A big reason for that was the surprise tacked onto the end of the first episode: A powerful little child from the same species as Jedi Master Yoda. From that point on, The Mandalorian focused on the titular bounty hunter (Pedro Pascal) as he protected Baby Yoda (aka Grogu) and searched for a home for him.

Now, The Mandalorian has two seasons tucked under its belt and another on the way. Season 2 of The Mandalorian began in late October and concluded just last weekend with a jaw-dropping finale filled with thrilling and heartbreaking twists alike. Overall, The Mandalorian‘s sophomore run was met with positive responses from fans, particularly when it came to the arrival of major Star Wars characters like Ahsoka Tano (Rosario Dawson) and Boba Fett (Temuera Morrison). Through it all, though, the heart of the show remained Mando and Grogu’s bond.

Mandalorian fans have been eager to show their love for the show in new ways, and now that passion has translated into a fun Christmas light show. Posted earlier this month by Steve Beers, the light show runs in tandem with Ludwig Göransson’s epic Mandalorian theme song, making for a satisfying show. Be sure to look out for little Baby Yodas on the side. You can find the video in the space below.

This isn’t the first light show to make use of a major piece of 2020 content, as a Hamilton light show recently caught people’s attention as well. The Mandalorian isn’t in any way a holiday show, yet the finale’s placement just one week before Christmas has kept it in fans’ minds as the season reaches its peak. This light show is another excellent example of the amazing things fans can do when they love a show enough to honor it; the lights sync up perfectly with the highs and lows of Göransson’s score.

Exactly when the next season of The Mandalorian will arrive is a bit murky right now, as Lucasfilm president Kathleen Kennedy said weeks ago that it would premiere at Christmas in 2021 (which really might make it a holiday event). However, the announcement of spin-off The Book of Boba Fett has put that into question. Nevertheless, Pascal’s Mando will return, and hopefully so will Baby Yoda. If they manage to return at Christmastime, then that will be the perfect present for fans.