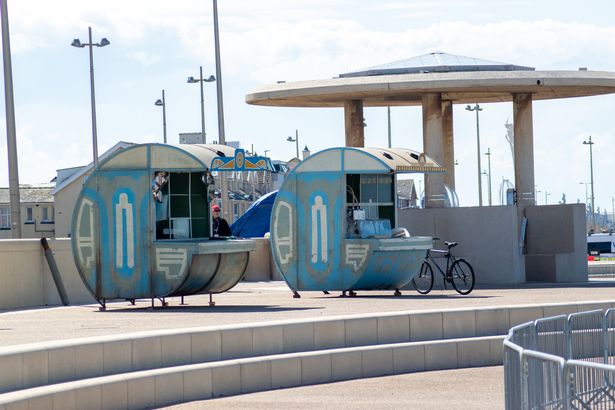 A beachfront cafe in Cleveleys, Lancashire has been transformed for filming of the Star Wars series Andor.

Cafe Cove on the promenade in Cleveleys has been altered for the filming of the upcoming prequel show to the film Rogue One: A Star Wars Story.

A road closure notice was issued from Lancashire County Council for the North Promenade at Thornton-Cleveleys near the project.

Pinewood Studios declined to confirm to LancsLive that the series was filming in Cleveleys, but a source close to the production revealed that the location was being used for Andor.

The show will focus on Rogue One character Cassian Andor, once again played by Diego Luna, who is a spy for the Rebel Alliance against the Galactic Empire.

There is also due to be an Obi-Wan Kenobi series starring Ewan McGregor in the title role, along with a series focused on Lando Calrissian and another series set in the time of the High Republic entitled The Acolyte.

The Mirror has reached out to Disney Plus and Lucasfilm for comment on this story.

*Andor will be released on Disney Plus in 2022.