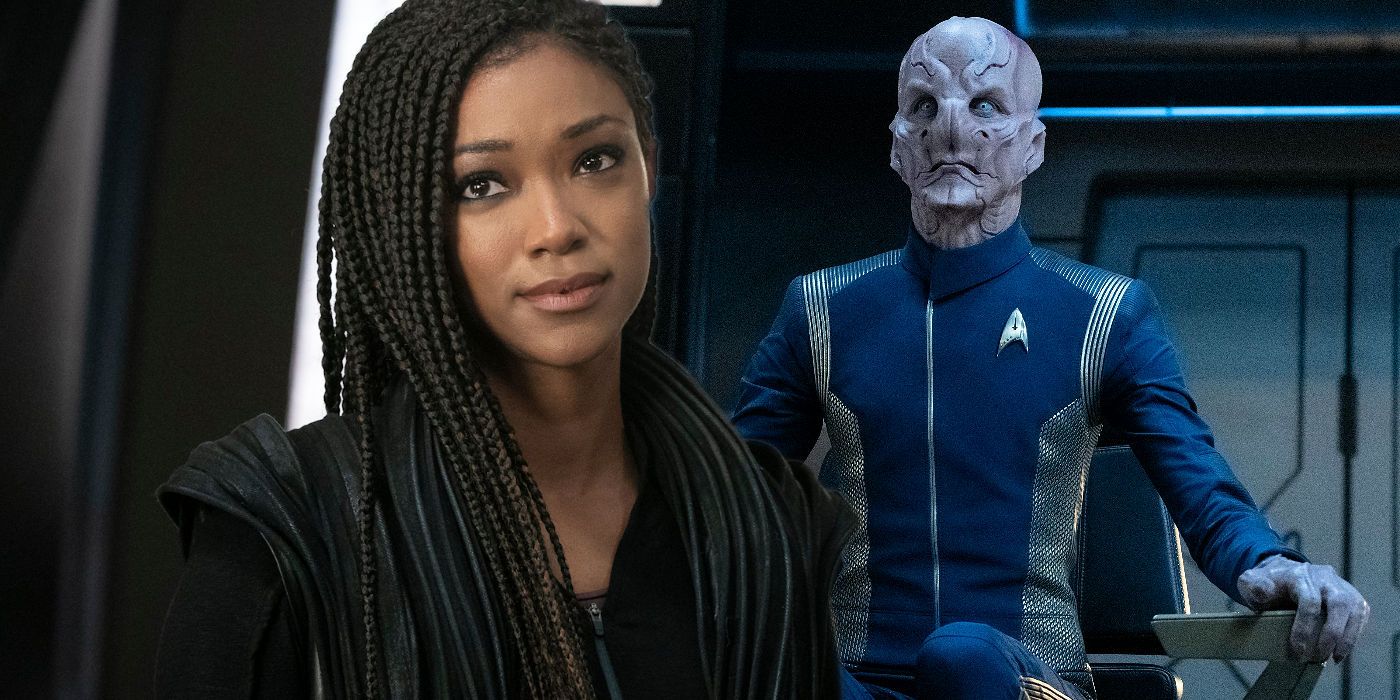 Not only is Saru absolutely qualified but, as Michael noted, he had been doing the job all along. Saru repeatedly stepped up as Acting Captain during Discovery‘s constant game of musical chairs during seasons 1 and 2; indeed, the Kelpien embodies the finest ideals of Starfleet and he has earned the respect, admiration, and loyalty of his crew. Saru has been a mentor to Ensign Sylvia Tilly (Mary Wiseman) and he is a seasoned, battle-tested commander. Yet, despite already being firmly in command, the fact that Saru was still willing to discuss Burnham taking the Captain’s chair also speaks to his sense of fairness and the quality of his character.

While Michael is also qualified, she admirably has the self-awareness to recognize her limitations, which would be a hindrance if she became Captain of the Discovery. Although Burnham redeemed herself, regained her rank, and she is now 930 years away from her gravest mistakes, it wasn’t too long ago in her own (and others’) memories that Michael’s profound error of judgment started the Klingon War, got Captain Georgiou killed, and Burnham was imprisoned as Starfleet’s first mutineer.

Michael has also changed in the year she was alone in the 32nd century before the Discovery arrived in the future, in profound ways she is still grappling with. Burnham realizes that her experiences in that year largely divorced her from the sense of duty to Starfleet that dominated her adult life. It’s not even clear how much Michael wants to be aboard the Discovery at this point, although she agreed to be Saru’s First Officer. Ultimately, Burnham was right to relinquish her bid for command and insist that Saru officially become the Captain he deserved to be. Recognizing that Saru should be Captain instead of her also speaks to Michael’s character and how much she loves Saru, which is wholly reciprocated.

Best of all, Captain Saru represents another breakthrough for Star Trek because the Kelpien now has the distinction of being the first truly alien starship captain of a Star Trek series, following in the groundbreaking footsteps of the first black Captain, Benjamin Sisko (Avery Brooks) of Star Trek: Deep Space Nine, and the first female Captain, Katheryn Janeway (Kate Mulgrew) of Star Trek: Voyager. Although Michael Burnham remains Star Trek: Discovery’s lead character, it’s fitting that Saru now gets to take his rightful place in the pantheon of Star Trek Captains and add the legend he is still writing to theirs.