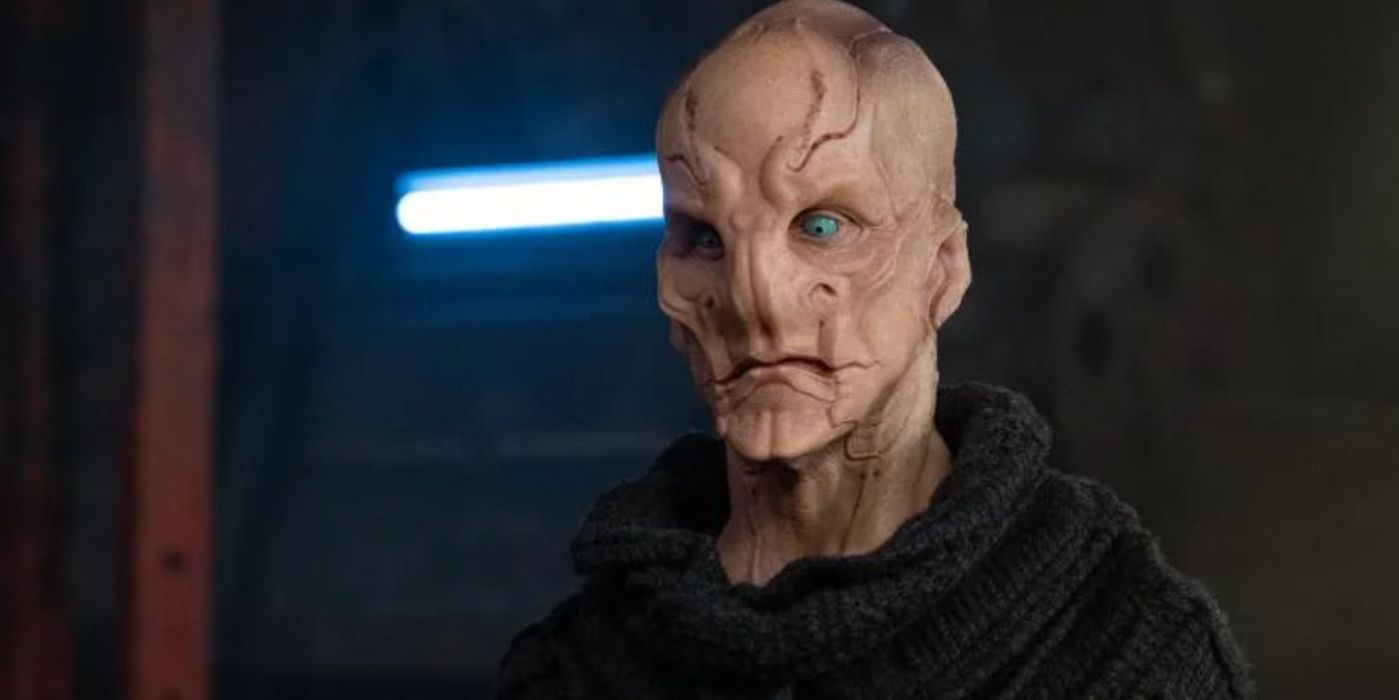 Star Trek: Discovery’s showrunner confirms that production on season 4 has officially begun using scripts written during the pandemic. The hit CBS show revitalized the TV franchise, already seeing a spinoff centered on Captain Pike, Star Trek: Strange New Worlds, getting greenlit. Discovery was initially set in the decade before Star Trek The Original Series, but season 3 saw the ship and crew jump ahead 900 years into the future, with Burnham (Sonequa Martin-Green) only reuniting with her crew-mates in episode 3.

At this point in the show, Saru (Doug Jones) has been made captain, while Adira, a new character who is a Trill host and played by Star Trek’s first non-binary actor Blu Del Barrio, was also introduced. Despite the time jump and several other changes, Discovery remains incredibly popular, vindicating CBS’s decision to announce season 4 in October, the day after season 3 aired. At that time, production was slated for a November 2 start, provided there were no positive COVID tests.

Now, showrunner Michelle Paradise, who is in charge of Star Trek: Discovery alongside Alex Kurtzman, has confirmed on Twitter that season 4 began filming on schedule. Paradise shared the news just after paying tribute to the writer’s room on the show, who she said has done a fantastic job pulling the scripts together from home during the pandemic. She also mentioned the work done by the crew in pre-production to ensure that sets are safe for filming during the pandemic, saying it’s been “a lot.” You can see her tweets below:

The fact that filming has started on time is a victory in and of itself, considering the coronavirus safety rules required to be in place during the pandemic. Many shows have been forced to delay production due to union negotiations and discussions surrounding the regulations. So, the fact that Star Trek: Discovery has managed to avoid all of that is perhaps a sign that productions have been able to adjust quickly to the new normal. Hopefully, the safety protocols are adhered to, and filming will run for several months into 2021 and remain free of any positive tests.

No details about season 4 have been revealed, but the hope is that the new characters, including David Ajala’s Han Soloesque Cleveland “Book” Booker, will be given more time to be explored in-depth. There’s no doubt anticipation for Star Trek: Discovery season 4 will be high, and hopefully, Paradise, Kurtzman, and the rest of the team on the show can live up to the expectations created so far by seasons 1 through 3.