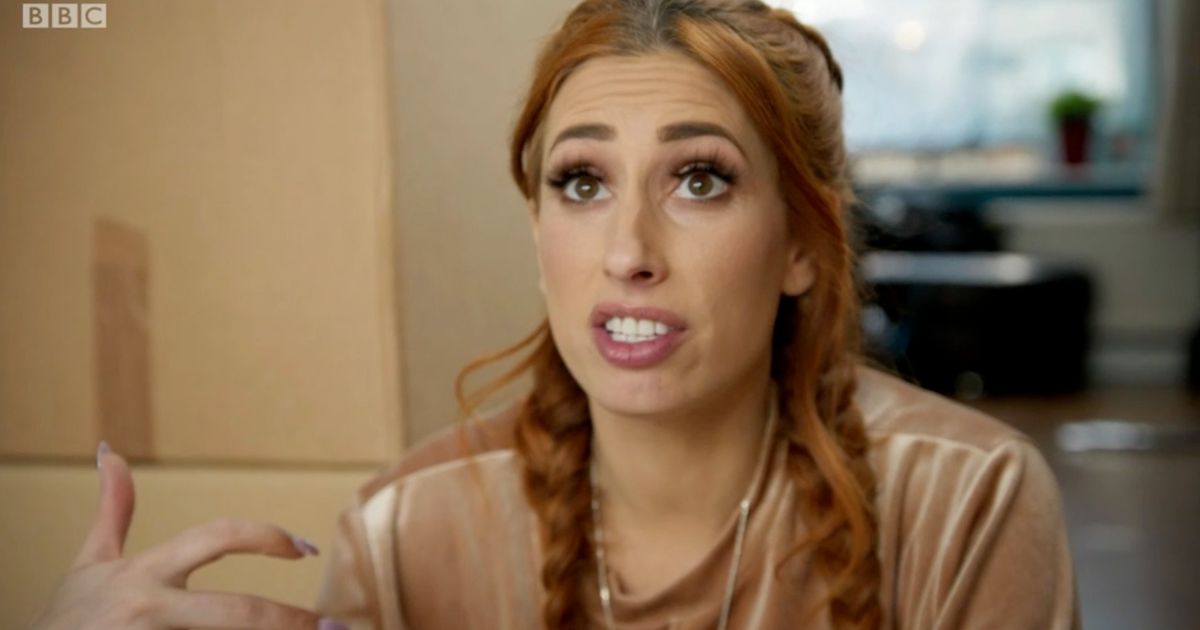 Stacey Solomon was not her smiley self when fiancé Joe Swash turned up on tonight’s episode of BBC One’s Sort Your Life Out.

The Loose Women presenter was helping a family declutter their home by displaying all their possessions in a warehouse, so they could decide what to keep and what to ditch.

However, when Joe rocked up he told the loveable star that they could take some of the family’s possessions off their hands.

Walking around the warehouse the EastEnders actor said: “You know what Stace, we could take so much of this home.”

Eyeing up an exercise bike, he said: “Ah look, gym equipment. Do you use this?”

The couple told Joe they were going to sell it before the father-of-three piped up saying: “I’ll give you £200 for it today.”

However Joe’s cheeky offer did not go down well with Stacey.

“No you wont,” she said sternly before the family, seeming to enjoy the banter offered a counter-offer of £250 with a power plate thrown in for good measure.

“This is not coming home with us….” Stacey continued as Joe offered “£225 for both of them”

With the deal sealed, Stacey said: “I can’t believe this is happening, you’re not having that.”

Joe made a quick sale on the show

Stunned by her fiancé’s efforts she joked: “Joe came to help me at the warehouse and I can confirm he was never allowed to come again.”

Stacey’s fans loved the show with one saying: “I wish @StaceySolomon would come and sort my life out.”

While another said: “Stacey Solomon #sortyourlifeout is the show I’ve always wanted.”

Stacey gave birth to her daughter Rose last month at home in her beautiful Pickle Cottage.

The former X Factor contestant has lovingly renovated the property, including decluttering it, and treats fans to regular updates of its transformation.

Joe and Stacey moved into their “dream forever home” at the start of 2021.

In March this year, just months after announcing their engagement, they purchased the palatial pad.

Since moving into the £1.2 million property, Stacey has made the house a home for her, Joe, baby Rose and her three sons, Rex, two, Leighton, nine, and Zachary, 13.