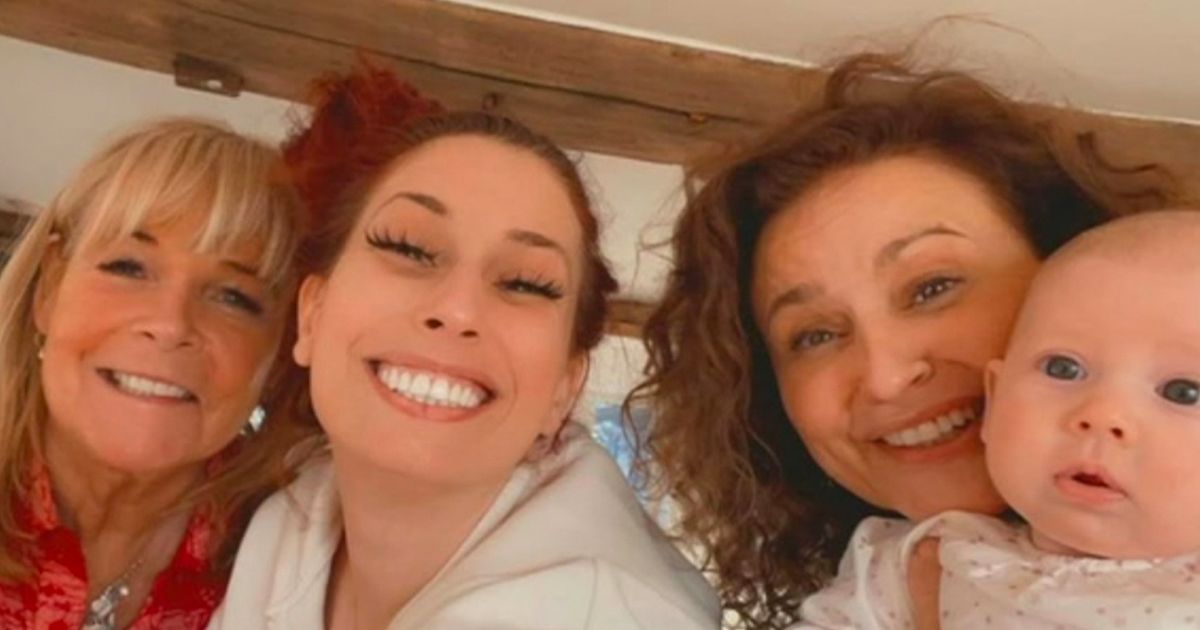 The singer and television presenter will be back as a panellist on the ITV lunchtime show soon, as she returns to the show for the first time in her usual capacity after welcoming baby daughter Rose last year.

Stacey has been at home for the last few months, spending lots of time with her new-born daughter as well as her husband-to-be Joe Swash and their kids – Rex, Zachary, Leighton and Harry.

And revealing the exciting news on the ITV show today, her co-stars – Nadia Sawalha, Kaye Adams, Linda Robson and Judi Love – said they were thrilled to have Stacey back on programme again.

Stacey will be back on Loose Women soon
(

Giving an update, presenter Kaye shared: “Stacey’s back next week. We cannot wait to have her back here on the panel. You two, Nadia and Linda, went off to see her yesterday. How is she doing?”

Nadia confessed “it was a bit of heaven” as Linda admitted it was nice to see baby Rose for the first time: “It was so lovely, it was so nice. I haven’t met Rose yet so it was the first time I met her and she’s absolutely adorable.”

“Oh my god look at her! We were there hour!” Nadia shared as they showed a sweet photo of the four of them.

Linda and Nadia went to visit Stacey and Rose yesterday
(

Stacey hasn’t been on the show in her full capacity since she welcomed Rose in October, but her and Joe did appear with baby Rose in a special festive episode late last year.

During the show, she discussed the possibility of her and her fiancé finally getting married in 2022.

“Get your hat out, Ruth. Yes, we would love… if all goes well.. because Covid’s still massive and you never know what’s around the corner, but we would love to get married in July next year, we really would. It will be so nice to have the boys and Rose there.”

Admitting she was struggling to sleep, Stacey confessed: “I’ve put a hell of a lot of make-up on for this interview and you can’t even see it, it sinks into my skin now. She sleeps, she sleeps like a new-born – they’re up all night really aren’t they?

“But she is good. She’s content, which is nice. She’s amazing, she’s really lovely. I can’t stop staring at her. Even when she does sleep, I don’t get any sleep because I’m just staring at her.”

Stacey Solomon’s new presenting role as she joins Bake Off: The Professionals