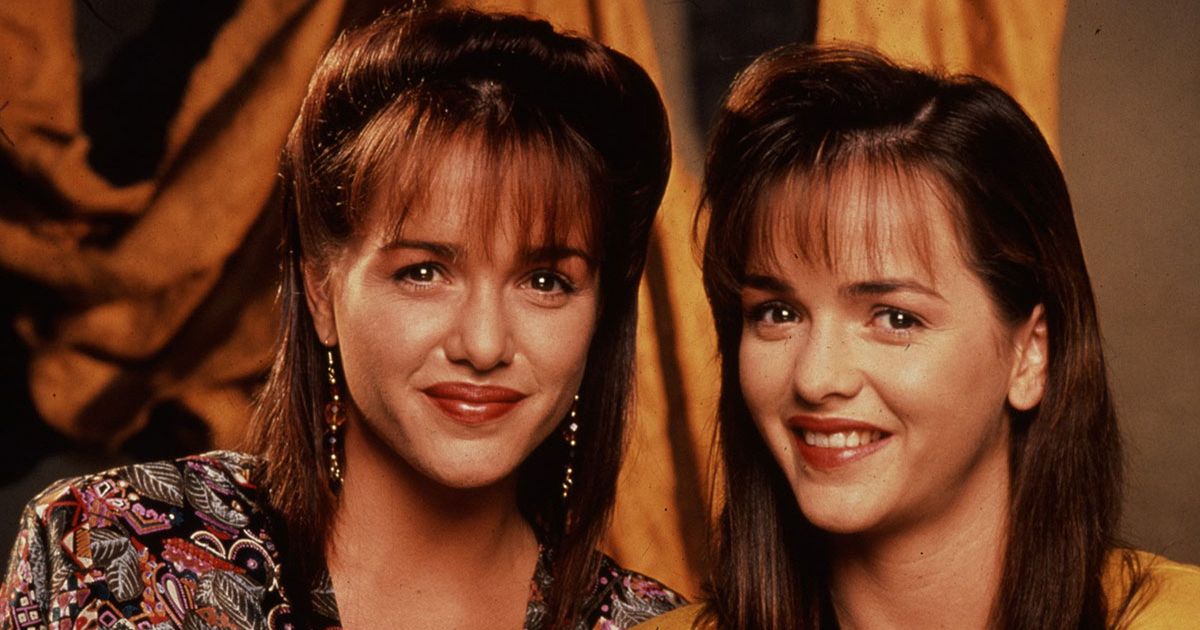 Gillian and Gayle Blakeney, 50, look incredibly different from their time on Neighbours in the 90s.

Neighbours twins Christina and Caroline are unrecognisable from their time on the Australian soap.

Gillian and Gayle Blakeney, who are now 55 years old, starred as the identical twins in the 1990s.

The pair are also no longer in their native Australia, after they moved to live in California where they now live with their partners and kids.

The women were pregnant at the same time and Gillian gave birth seven weeks after her sister Gayle.

They were musicians in a band named The Twins for a short period of time after their two-year stint on Neighbours.

The Twins released a track titled All Mixed Up in 1992 and then Mad If Ya Don’t the following year under the name Gayle & Gillian.

Gayle and Gillian Blakeney returned to Neighbours again in 2019
(

Gillian is nine minutes younger than Gayle and has a daughter called Stella.

Gayle has a son called Jack in 2004 and then had twins herself with her husband.

The twins were spotted celebrating their birthday together where they posed for photos.

Gillian is the co-founder of a scarf company that has a host of celebrity buyers called Leigh and Luca.

The pair quit acting to focus on businesses and family
(

She married her now-husband David in October last year in an intimate ceremony and was walked down the aisle by Gayle’s husband mark.

In Neighbours the twins were placed under witness protection after they saw a murder unfold not long after they moved onto the street.

Making the most of their identical features, the girls pretended to be the same person called Linda Giles.

However they were soon found out by the local baddie – Paul Robinson.

The siblings had their fair share of romance and dramas on the soap before they left in 1992.

Gayle stayed on the soap longer than her sister after her character Christina married Paul, but Caroline had also fallen for his charming ways and stormed from the neighbourhood.

The women returned for three episodes in 2019 but then quit acting to focus on family and businesses.

Neighbours first came to our screens in 1985 and has featured a selection of actors who went on to become a-listers.

Margot Robbie was one of those actors, along with Kylie Minogue and Jason Donovan who also found global fame after appearing on the much-loved Ramsay Street.

Fans were outraged after Jackie Woodburne, who played Susan Kennedy on the soap for 37 years was axed.

Jackie, who played Karl Kennedy’s wife said: “It doesn’t matter how aware you are of the fans that watch the show and how much they enjoy it; but this week, it’s like a floodgate has opened and I’ve received the most beautiful messages from people.”