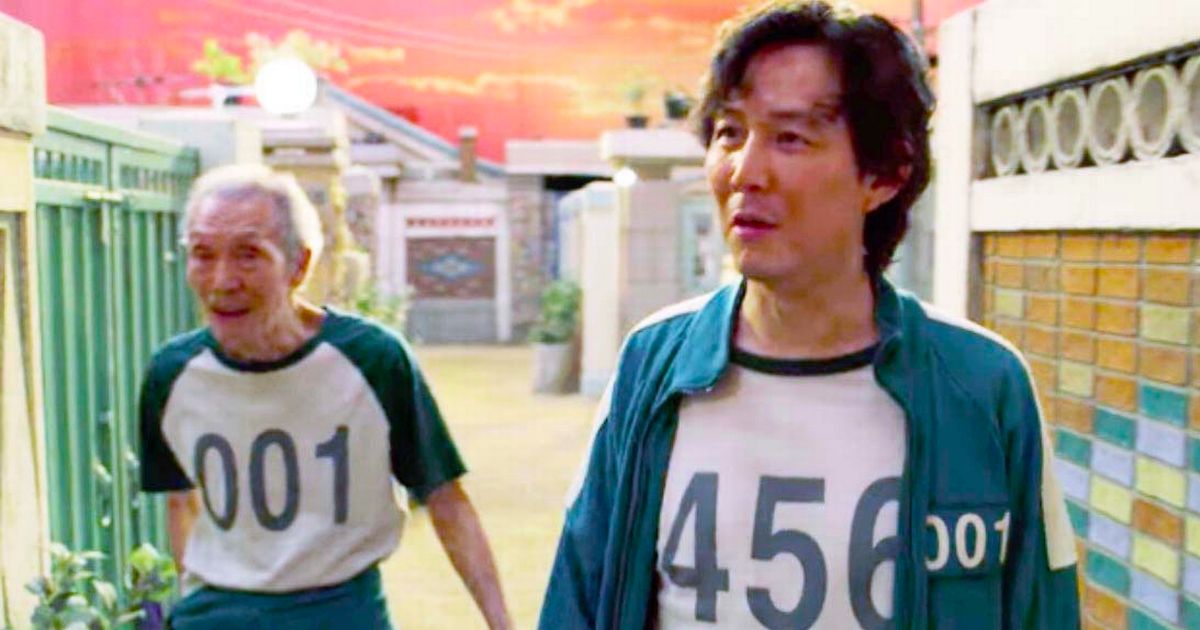 The pair form an unlikely bond (

Squid Game is the latest addictive Netflix offering to hook fans into binge-watching hour after hour of the somewhat disturbing series.

It follows 456 people who have been handpicked to compete in a series of innocent-looking childhood games in a bid to become hugely wealthy and write off their spiralling debts – with deadly consequences for the losers.

Seong Gi-hun is one of those who is tempted in by the opportunity of finding his fortune as loan sharks circle, with episode one showing him to be Player 456 – the last to have joined the game.

Right from the start, he gravitates towards Player 001, an elderly man who reveals doctors have told him he has a tumour in his head – but a fan theory has suggested there’s more to their relationship than meets the eye.

TikTok user Ruthbellpan discussed the theory that Player 001 and Gi-hun are actually father and son, pointing out a few moments between them that hint there’s a deeper connection.

She says that the elderly man tells Gi-hun his son was “just like him” and that in one game both characters say they once lived in a neighbourhood that looks just like the false set created for the challenge.

But perhaps most convincingly, she says: “When the old man lost his memory and asks ‘What’s the date today? Is it the 24th?’ He says it’s because his son’s birthday is coming up.”

When Gi-hun tried to guess his mum’s pin number at the start of the first episode, he tried his birthday, entering 0426 – or April 26 – which could align with the date of his son’s birthday.

She says Player 001 created the game to find his son and will now want Gi-hun to continue the tradition, citing their numbers as the first and last in the game as further proof.

The clip has racked up a staggering 15.2 million views and more than 42,000 comments, as one person replied to say: “OMG YES THAT’S WHY BEFORE YOU CAN ENTER THE GAME THEY’RE ASKING THE NAME AND BIRTHDAY.”

A second said: “At first I thought this was going to be a reach, but it’s kinda convincing.”

But others think they spotted a flaw in theory, arguing that Gi-hun later states that his birthday is October 31.

What do you think? Let us know in the comments.