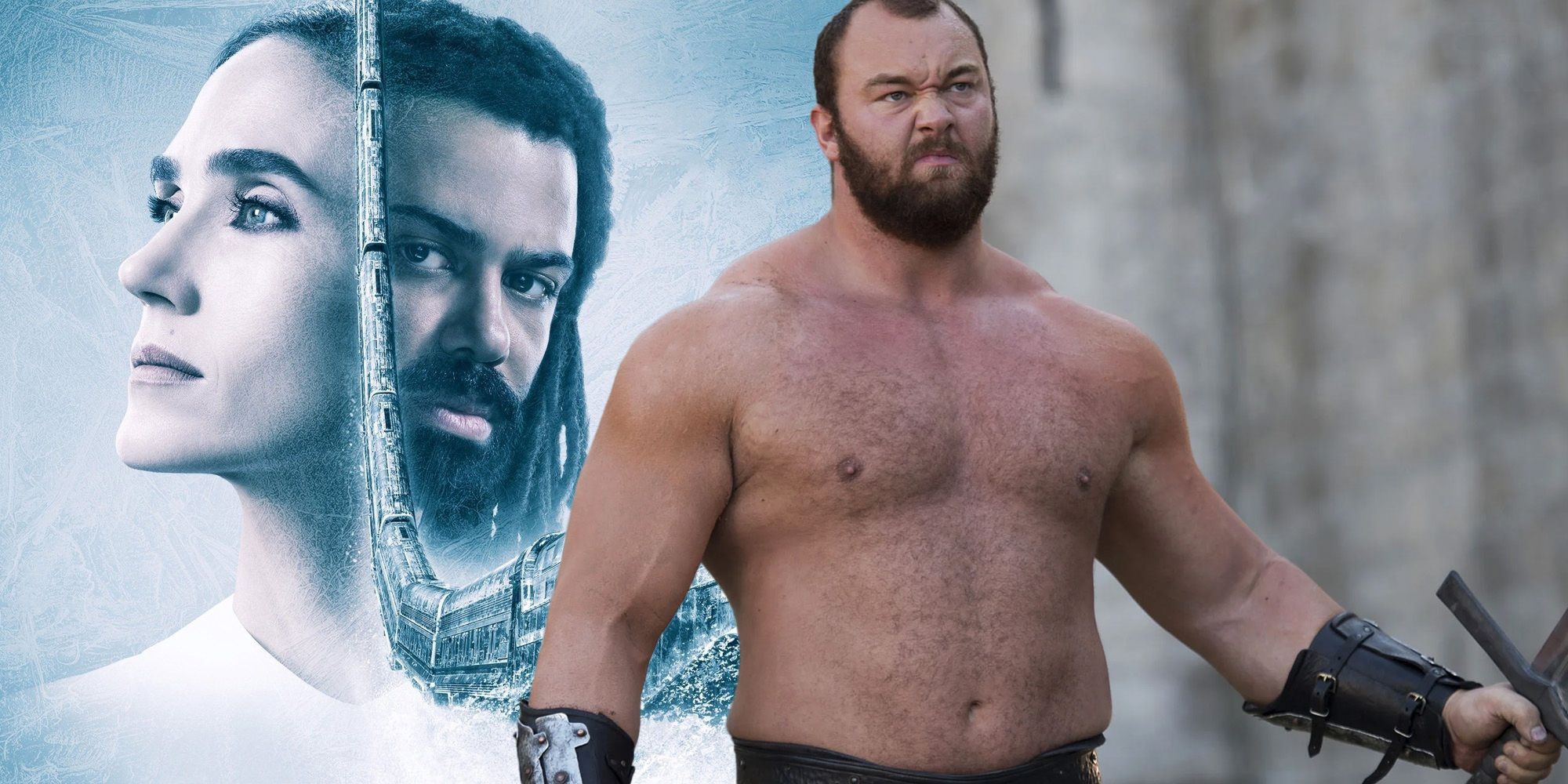 Icy Bob not only easily manhandled warriors from Snowpiercer’s Tail section, but he also had the strength to kill a man just by striking him once, increasing Snowpiercer‘s body count. But even more alarming was how Icy Bob forced Layton’s people to retreat: he voluntarily breached the pipes and let -70 degree air from the outside into the train. While Snowpiercer’s invasion force fled back to their train, Icy Bob took the full brunt of the frozen air and he didn’t flinch. Not only did Icy Bob not seem to feel the cold, but he didn’t instantly freeze to death.

Snowpiercer‘s premiere hinted at how Icy Bob can withstand the fatal temperatures of the frozen Earth when Melanie Cavill (Jennifer Connelly), who is a prisoner aboard Big Alice, was brought to the train’s medical lab and met the Headwoods, who appear to be Mr. Wilford’s personal mad scientists. However, the Headwoods are conducting astounding experiments, and they healed the severe frostbite on Melanie’s shoulder with something called “goop”, which was a synthetic tissue gel of their own creation. Goop could be the secret to how Icy Bob is able to heal from the extreme cold of the Freeze since the Headwoods promised the gel would not only repair Melanie’s skin but it would also barely leave a scratch.

The presence of Icy Bob on Big Alice certainly gives Mr. Wilford an edge that Snowpiercer can’t match. No one on Layton’s train has Icy Bob’s size, strength, or immunity to the cold. While Snowpiercer leans toward ‘realistic’ sci-fi, Icy Bob is a fanciful creation, one likely born from mad science, and he begs the question of what other sinister inventions Mr. Wilford has been developing aboard Big Alice for the past 7 years. Icy Bob is a striking combination of Game of Thrones‘ Mountain and the Night King’s undead legions from the North and it remains to be seen what will happen if and when Mr. Wilford unleashes his giant warrior upon Snowpiercer.