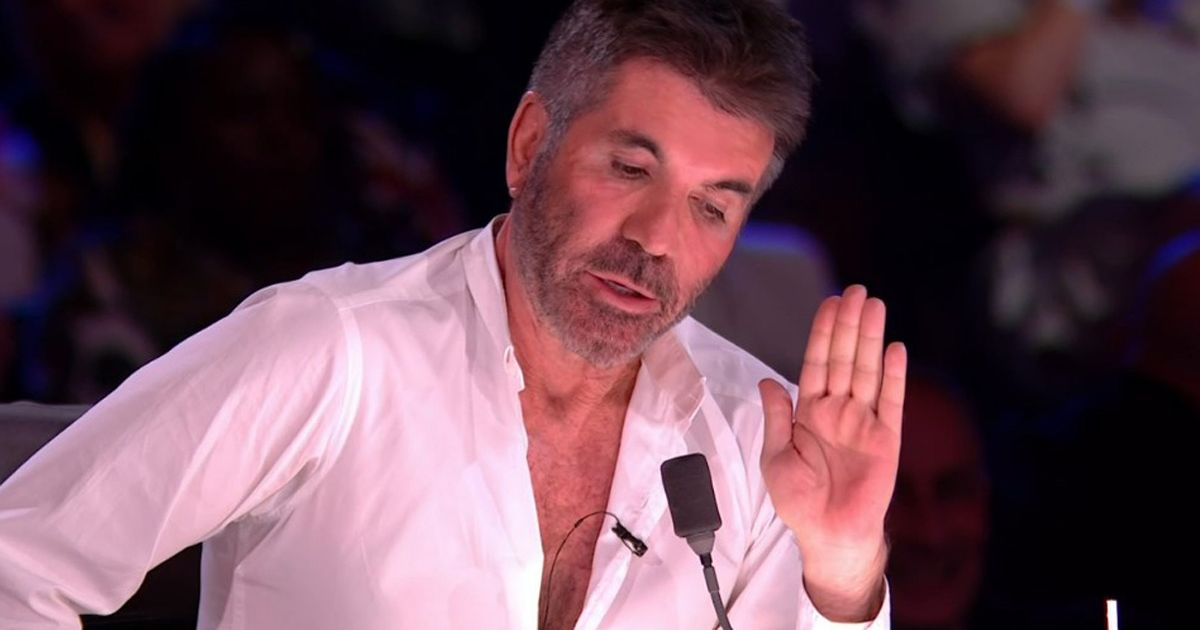 Simon Cowell had let rip at tonight’s first act, Matricks Illusion, who had performed a disappearing act on stage

Simon Cowell was forced to apologise to a young girl this evening on Britain’s Got Talent after upsetting her over his brutal remarks.

The 62-year-old judge had let rip at tonight’s first act, Matricks Illusion, who had performed a disappearing act on stage.

A man dressed as the media mogul was shown being shoved into a rubbish compactor before being wheeled out as a paper cutout, while a drum kit suddenly appeared.

But Simon wasn’t too impressed and ended up pressing his buzzer.

He said afterwards: “I buzzed because I didn’t feel it was magical enough. There was a lot of chaos, and whereas I like these big magic acts compared to cards, we had a magician on a few days ago who I thought was so much better.

“I didn’t think this… this lacked, I don’t know, star power for me.”

Simon Cowell was forced to apologise this evening

Yet he was left regretting his words later as he interjected: “By the way, I have to say something. You know going back to the very first act, I didn’t realise I’d really upset someone.

“I just apologise to her called Lamala, and I feel really awful. I now hate myself. Anyway, got that out of the way, back to yo.”

It proved to be a chaotic final night, which started off with an awkward joke from David Walliams.

To celebrate the Queen’s Platinum Jubilee, the ITV programme had arranged for some tea and scones for the judges to enjoy during tonight’s show.

But Simon couldn’t resist getting a bit of payback against David, 50, by smashing a cream scone into his face.

Things got awkward on the show

Noticing that David’s face had been smeared with cream, Dec asked “what on earth had happened”.

“Simon just put a cream scone in my face,” David said, prompting Dec to give Simon a ticking off.

“It wasn’t me, honestly,” Simon insisted with a grin. “It was Alesha.”

Ant and Dec turned back to David, who joked: “You can’t see anything, can you?”

“You’ve just got a little bit dribbling down your chin,” Dec pointed out.

David quipped: “Not for the first time!”

The hosts appeared panicked as they swiftly moved the conversation along, but the moment didn’t go unnoticed by viewers.

One tweeted: “Loved how Ant looked slightly panicked about what David was going to say about being creampied #BGT.”

While another commented: “Ant and dec embarrassed by David’s obvious sperm joke #BGT.”

*Britain’s Got Talent returns on Sunday at 7.30pm on ITV