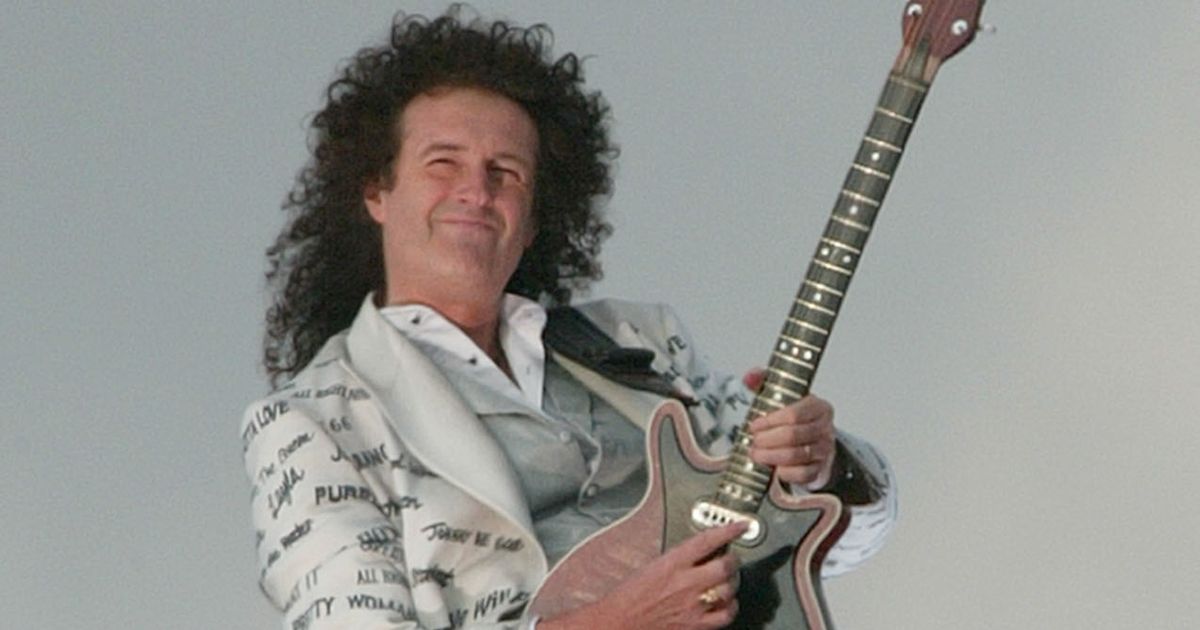 Queen will open the Queen’s Platinum Party concert, 20 years after they performed on the roof of Buckingham Palace for her Golden Jubilee – but who else is playing, what time does it start and how can you watch?

It’s a weekend of Platinum Jubilee jubilation here in the UK, as the nation sits back, pours a jug of Pimm’s and tucks into a coronation chicken sarnie or three.

Festivities will be taking place across the nation, as a genuine party atmosphere settles over the land.

As well as the street parties, there’s a whole raft of official events scheduled, from yesterday’s Trooping the Colour to the eagerly anticipated Platinum Pageant on Sunday June 5.

Right at the top of the excitement list is the Platinum Party at the Palace, which will see a huge number of massive names take to the stage to celebrate Her Majesty’s incredible 70-year reign.

But who is opening the event and who else will be showing up to play to their part at the historic event?

Brian May performed on top of Buckingham Palace 20 years ago
(

Queen + Adam Lambert will be opening the Queen’s Platinum Party, 20 years after Brian May performed on the roof of Buckingham Palace for her Golden Jubilee.

The full lineup for the Platinum Party is as follows:

Sam Ryder, who came second at Eurovision, is due to perform at the Platinum Party
(

The show will then be closed by soul icon Diana Ross, who is also playing in the coveted Legends slot at Glastonbury later in the summer.

Brian May, of Queen + Adam Lambert, said: “Twenty years after playing The Queen’s glorious Golden Jubilee we’re very happy to be invited again. Then there was a moment when I wondered… after Buckingham Palace roof where can you go? Well … you will see!”

Diana Ross, who is back performing in the UK for the first time in 15 years, said: “I have had the honour of meeting The Queen many times throughout my life, including when I was with my family.”

She added: “Her Majesty has and continues to be such an incredible inspiration to so many across the world and I was absolutely delighted to receive an invitation to perform on such a momentous and historic occasion.”

Getty Images for The Recording Academy)

Elton John is expected to give a virtual performance as part of the lineup but will not be able to attend in person as he is in the middle of a tour in Europe.

This week, images have emerged of him looking frail while being pushed around in a wheelchair.

The day will see acknowledgements from all manner of cultural outlets, including fashion, sport and the environment, as well as musicals and The Royal Ballet.

A special curation from Andrew Lloyd Webber will feature an appearance from Lloyd Webber himself and Lin-Manuel Miranda, and will include performances from the cast members of the likes of The Phantom Of The Opera, Hamilton, Six and The Lion King.

How can I watch the Platinum Party?

Nile Rodgers will perform at the Platinum Party

The Platinum Party will be available to watch on BBC iPlayer and BBC One. Coverage will be brought to you by Kirsty Young and Roman Kemp.

The Platinum Party will also be broadcast live over radio on BBC Radio 2.

The stage design will include three separate parts linked by walkways, creating the impression of being surrounded by the performances.

And 70 columns will be visible in the stage design to represent 70 years of her majesty’s reign.

What time is the Queen’s Platinum Party?