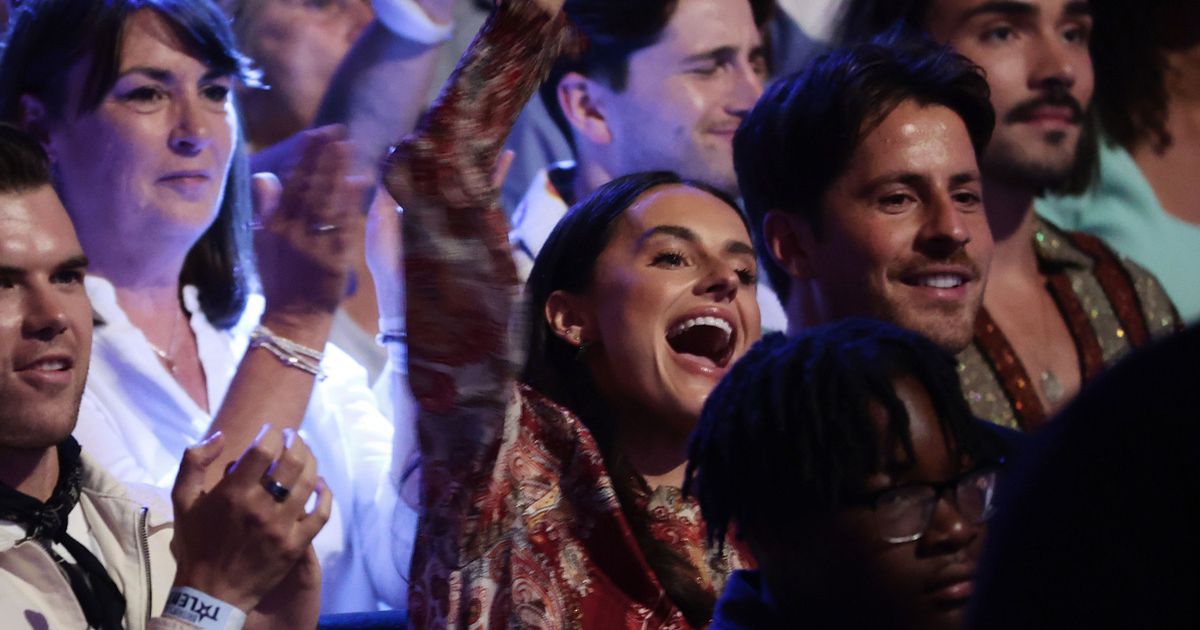 The 25-year-old dancer-turned-reality-star appeared to love Friday night’s fifth semi-final show, as she was filmed clapping in the audience.

Amber’s sister Jade is involved in the group Welsh of the West End, so she was there to show her support.

They sang to the track You Will Be Found – which moved the judges.

Amanda told them: “Oh my goodness me – a solid, flawless, beautiful performance. I adore that song. Your harmonies were perfect.”

Amber Davies was cheering her sister on from the audience
(

Meanwhile, Simon said: “I was literally with some new friends I’ve met who are from Wales and I was talking about how Wales has some amazing singers and you proved the point.”

“What I love about you is you know who you are and the direction you want to go down and you choose great songs and you have great harmonies. You were fantastic, well done.”

David also praised the group, adding: “It’s just a brilliant idea this group. Obviously you have this incredible passion for the music you sing. I’m sure this could be a show in itself – the greatest singers in the West End all together and as a bonus they’re all Welsh.”

Welsh of the West End performed for one last time
(

But it was Alesha who was not as impressed. She was booed by the audience when she told them: “You are a polished act for sure, but if I’m being honest, you left me feeling a bit underwhelmed tonight.”

However their performance wasn’t enough to get them through to the live final on Sunday night.

The final takes place on Sunday, June 5 and the competition’s champion will win £250,000 and a chance to perform in front of royalty at this year’s Royal Variety Performance.

She was seen cheering on the group
(

Recently, Amber revealed her boyfriend Nick Kyriacou is going to be her “baby daddy”.

She told The Sun : “He’s my future baby daddy. I was asking him every single day on holiday if he was going to propose.

“It’s 100 per cent on the cards. We’ve been together for nearly two years. He is The One.”

*Britain’s Got Talent returns on Saturday night at 8pm on ITV.