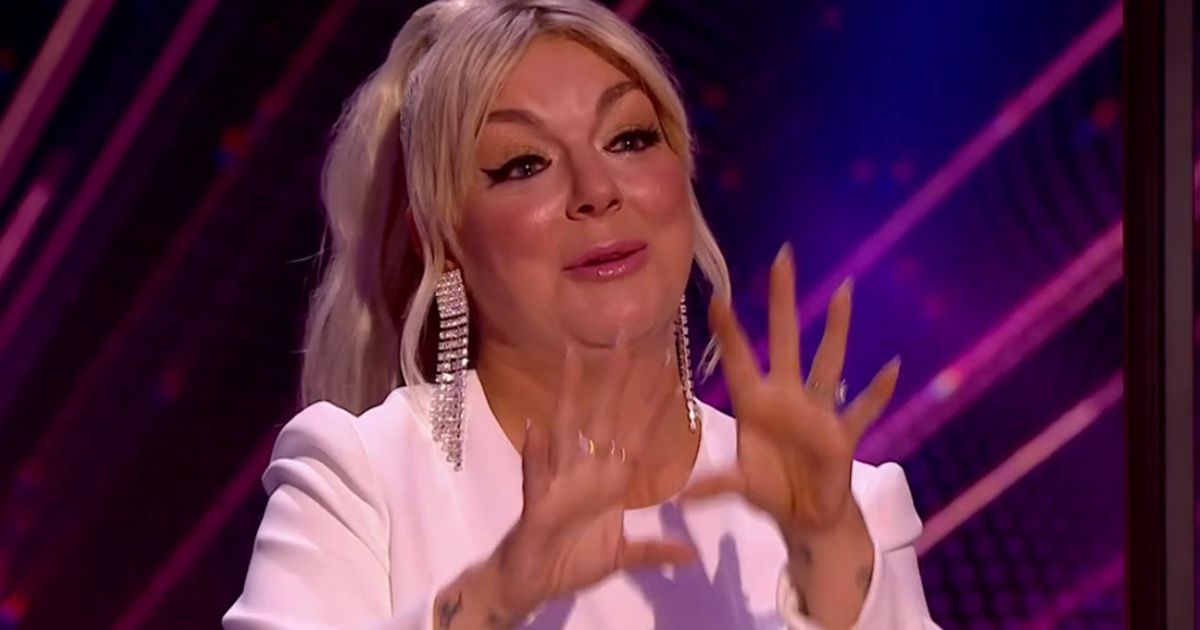 Sheridan Smith was reduced to tears tonight as she remembered her late friend Amy Winehouse, as three women attempted to impersonate the singer on ITV’s Starstruck

Sheridan Smith was in tears tonight as she remembered her late friend Amy Winehouse on Starstruck tonight.

Three women turned into the late singer – who died in July 2011 – as part of the show tonight, where contestants are tasked with impersonating their favourite singer in a bid to win a huge sum of money.

Sheridan was brought to tears by the group’s rendition of Rehab as she remembered her late friend. The pair had become close friends after meeting in a queue for London club Proud Galleries in Camden.

On tonight’s show, Sheridan paid tribute to Amy’s incredible voice and her legacy.

Sheridan was in tears
(

“Sheridan, I know you knew Amy really well. What did you make of our Amys tonight?” host Olly Murs asked.

She then replied: “Girls, you’re amazing. You know I did know Amy and she was so much more than the beehive and the tattoos. She was a beautiful soul, a very misunderstood soul, but with the most incredible talent.”

Sheridan got emotional, as she praised the trio for showing the true side of Amy.

“I think you all really got that tonight. I think Patsy you got the sass. Emily you’re such a sweet girl and actually so was Amy behind all the kind of madness,” she added as she celebrated each of the singers in turn, “And Ebony, the Sheffield girl, don’t stop singing because your voice was bang on and I think you girls did Amy proud, so thank you.”

Their mutual friend Tyler James recalled how Sheridan was with him and Amy when the Back to Black singer nearly died one night.

“I remember the morning Amy nearly died as though it was yesterday. We’d had a great evening. I had gone up to bed but, at about 6am, Sheridan came into my room, saying, ‘Come down, there’s something wrong with Amy,'” he wrote in his book, My Amy.

“Amy was in a state, Sheridan looked terrified. The ambulance arrived. This is the only time they took her to A&E. She was incoherent. They said she could die. If Sheridan hadn’t found her it would have been the end.”