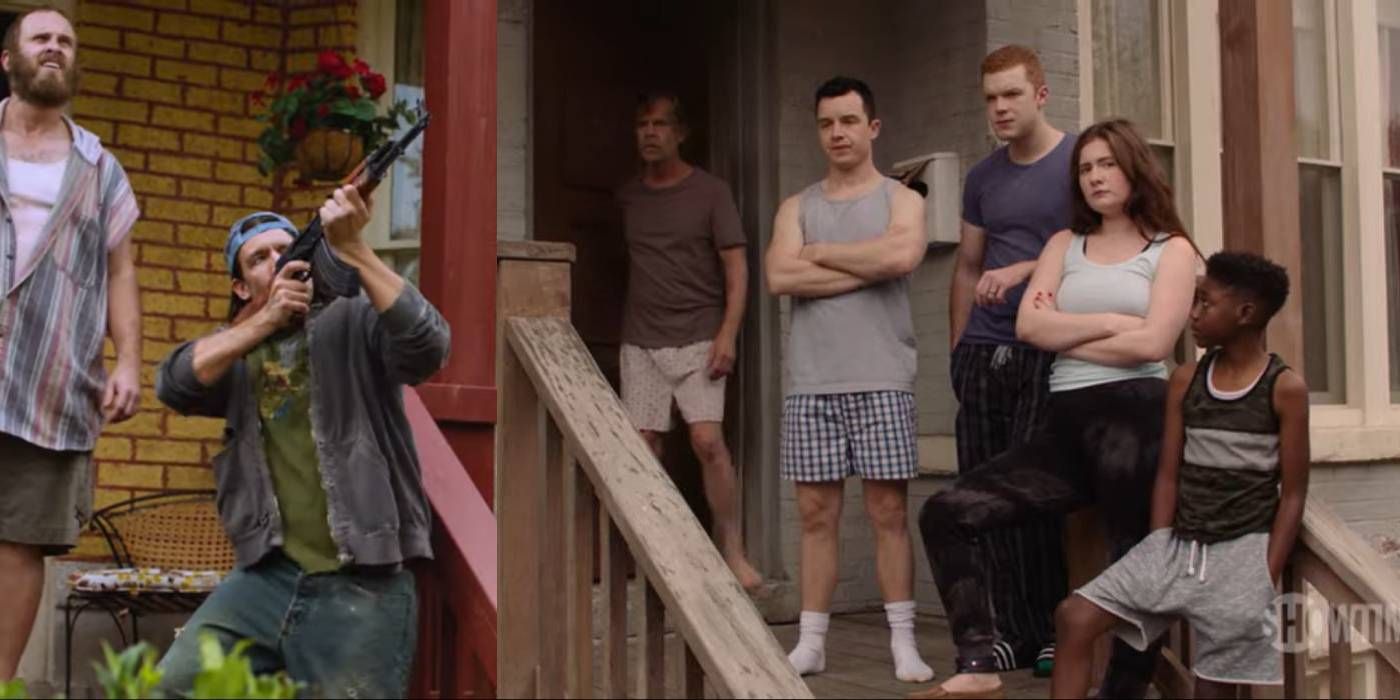 Showtime just dropped the Shameless season 11 trailer. Shameless follows the dysfunctional, poverty-stricken Gallagher family as they try to survive in a world that’s out to get them. The show first aired in 2011. The dramedy was Showtime’s number one show for the majority of the years that it has been on the air. Shameless has been praised for its ability to juggle many, well-fleshed storylines at once. Shameless creator John Wells announced that season 11 would be its last and final season.

Like many other shows that resumed filming in 2020, Shameless made adaptions to include the COVID pandemic. Season 11 will feature characters’ reactions and their decision whether or not to wear masks. As expected, Frank Gallagher will be staunchly against wearing masks while the responsible, youngest sibling Liam has been spotted on set wearing a mask. Season 11 will tie up all of the loose ends that were left in season 10 while incorporating the struggles that the world as a whole has faced in 2020.

One theme that emerges from Showtime‘s official Shameless season 11 trailer is the family feud between the Gallaghers and the Milkoviches. At the end of season 10, Ian Gallagher got married to his on-again-off-again boyfriend Mickey Milkovich. Mickey’s homophobic father Terry Milkovich tried to sabotage the wedding several times. The trailer teases that their marriage will only lead to more turmoil between the two families. In the trailer, the Milkoviches move in next door and announce their arrival with gunfire. The trailer then ascends into chaos and fight scenes between the two families as Debbie declares, “We’re gonna kill them all.“

The trailer packs the typical punch of a Shameless season. The trailer also addresses the theme of gentrification. Frank leads a charge to save their city by making “the yards dangerous again.” In the past, Shameless has brilliantly addressed social issues while staying true to their characters’ journeys.  The trailer additionally addresses the legalization of marijuana in Chicago. Family friends Kev and V start a marijuana selling business and seemingly get rich quick. Shameless gives representation to a community that doesn’t often get a voice and will continue to for season 11.

Season 11 brings the end of an era for Shameless. While it’s sad to leave the Gallaghers behind, it is probably the best time to. Shameless lost one of its central protagonists, Fiona Gallagher, when Emmy Rossum left the show in season 9. Fiona was the glue that held the Gallagher family together, and while Season 10 was great without her, her presence was certainly missed. Additionally, the show has gone down in ratings after streaming platforms began to take over the TV industry. However, the show still has a dedicated fanbase who have been enjoying the direction that the show has been going in. Shameless was wise to end on a relative high note.