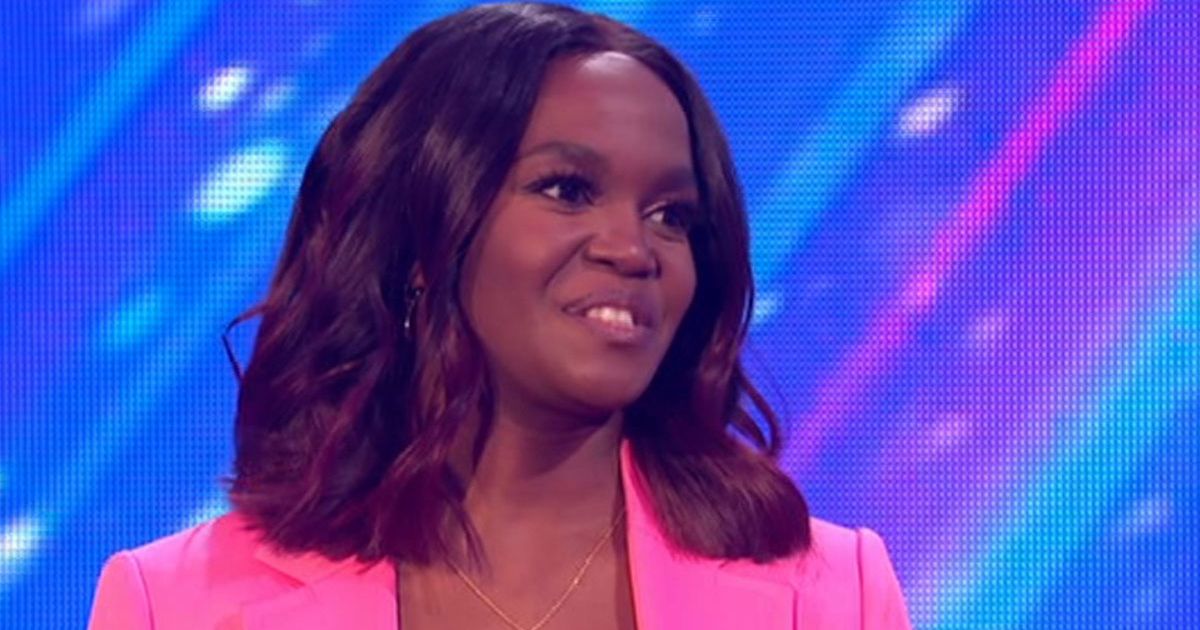 Saturday Night Takeaway fans were left in hysterics during the finale episode of Ant and Dec’s weekend programme, as Oti Mabuse was in the hot seat for the Get Out Of Me Ear prank

Ant and Dec fans were left in hysterics as Saturday Night Takeaway returned for its live series finale on ITV with guest Oti Mabuse on the receiving end of a hilarious prank.

Ant McPartlin and Dec Donnelly took to the stage for a final night of fun, with comedian Lee Mack in the studio as the guest announcer.

The Geordie quo introduced the show’s Get Out Of Me Ear segment with the Strictly Come Dancing star, which saw the Geordie duo take over her home in a hilarious skit.

The dancer and television personality chatted with various possible new driver candidates at her home, with Oti even asking one of the men to fold her freshly washed underwear, leaving Ant and Dec down the earpiece in stitches.

Later in the prank, Oti was interrupted by her ‘neighbour’, played by an actress, who appeared at the window.

The nosy neighbour was shouting and asking Oti if she was there as she waved a teabag in the air. Awkwardly, Oti turned to her guest and told them to pretend the neighbour wasn’t there.

In the hilarious skit, completely controlled by Ant and Dec, they told Oti to reassure her guest everything was fine, as the actress playing the neighbour was told to complain to Oti about her chucking the teabags over the fence.

“I don’t have a compost heap,” the elderly woman screamed as Oti tries not to laugh.

Next, Ant and Dec advised Oti to pretend to sneak out of the room and in a string of hilarious clips, Oti was seen sneaking out of the room with her different guests, including crawling along the floor as they followed her lead.

As the skit came to a close, Saturday Night Takeaway fans took to Twitter to praise the hilarious instalment and Oti’s performance.

One wrote: “This is the funniest one ever! Better than the banana as a phone,” as another wrote: “The best I’m a celebrity get out of my ear yet. Absolutely phenomenal.”

A third tweeted: “Not laughed that much in a long time,” as another chimed: “Oti deserves a bloody Oscar!”

Oti was interrupted by her ‘neighbour’, played by an actress, who appeared at the window.
(

Another posted: “That get out of me ear was brilliant! Oti is so funny,” and another tweeted: “That made my Saturday evening! brilliant”

A fellow fan posted: “By far the funniest program especially with Oti. I am crying with laughter!!” alongside a string of crying laughing emojis.

Elsewhere on Saturday’s final instalment of the 90 minute shenanigans saw the usual segments including the Happiest Minute of the Week and the final Takeaway Getaways handed out to a number of much-deserving members of the public.

Stephen Mulhern also returned to host the final of Ant vs. Dec, while regular contributors Fleur East and Andi Peters joined the presenters live in the studio for the exciting finale.