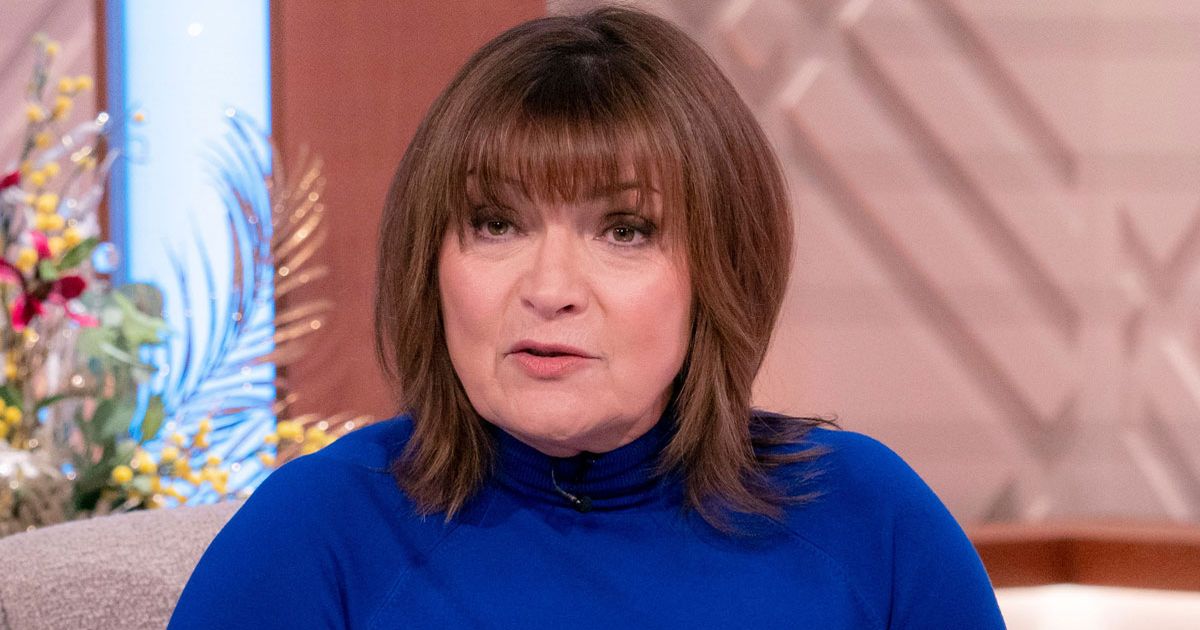 Lorraine Kelly didn’t shy away from criticising Vladimir Putin during Friday night’s edition of The Last Leg. The TV presenter called the Russian leader an ‘odd, strange, nutty person’ during her appearance on the Channel 4 show

The broadcaster, 62, was a guest on late-night comedy show The Last Leg on Friday night, when the Russian leader came up in conversation.

With the Channel 4 series’ format revolving around politics and current affairs, the invasion of Ukraine by Russian forces was obviously going to feature heavily throughout the show.

Speaking on the show, Lorraine branded Putin, 69, an ‘odd, strange, nutty person’ and took a swipe at the politician’s appearance.

The Last Leg kicked off a new series on Friday night, with the Scottish star joining fellow guest Richard Ayoade and hosts Josh Widdicombe, Adam Hills and Alex Brooker in the studio to discuss the week’s new.

Sharing her thoughts over Russia ’s president, the daytime host didn’t hold back any punches.

“How is World War Three going for you?” Adam asked the presenter during the show.

“Oh my god. We’re just getting out of the darkness of Covid into the light and then, wham,” Lorraine replied.

“I wonder what is going on with this odd, strange, nutty person that is Putin.”

The ITV star continuing, asking: “What is going on?”

“You have to ask yourself, what is the end game here?”

Turning to comedian Josh, Lorraine asked: “You were worried about [Putin] not being angry, you can’t tell.

“You can’t tell anything with him because he’s had so much work done – allegedly – that his face is just so weird.

“It looks like a candle has melted, and then hardened,” she savagely added.

Lorraine continued, comparing the Russian leader to character Vincent Price from the film House of Wax, saying: “He had a face like that, then someone battered him and there was a horrible monster underneath.”

Lorraine didn’t shy away from airing her opinions
(

Joking with the star, host Alex quipped: “It’s very rare that someone says you’re too young to remember something isn’t it?”

Lorraine hit back with: “You’re only a child, it’s like something out of Game of Thrones.

“I don’t understand why this would be happening, I feel like I’m living through the worst dream.”

Circulating back to the star’s earlier comments, Josh joked: “I like how you said ‘allegedly’ because you’re worried Vladimir Putin is going to take time out from the war to sue you.”

“Obviously, he has, nobody’s got a face like that, weren’t born with that wee face I don’t think,” Lorraine explained.

Earlier this week, TV viewers were left shocked after Lorraine’s ‘awkward’ link between segments on her ITV show.

The ITV presenter kicked off Thursday’s show with a harrowing update about the ongoing world crisis, after Russian president Putin oversaw military attacks in Ukraine.

Closing the Ukraine segment, the mum-of-one told her correspondent: “Thank you, stay safe. It is David and Goliath and we just hope Goliath isn’t going to win this time.”

The TV star then swiftly moved on, telling her viewers: “Right, well life does go on and she is the original pop-punk princess. She’s sold over forty million albums. Avril Lavigne is back with brand new music.”

Many took to Twitter to slam the move to a new segment, with some finding the presenter’s comment ‘insensitive’.

*The Last Leg airs Fridays from 10 pm on Channel 4.