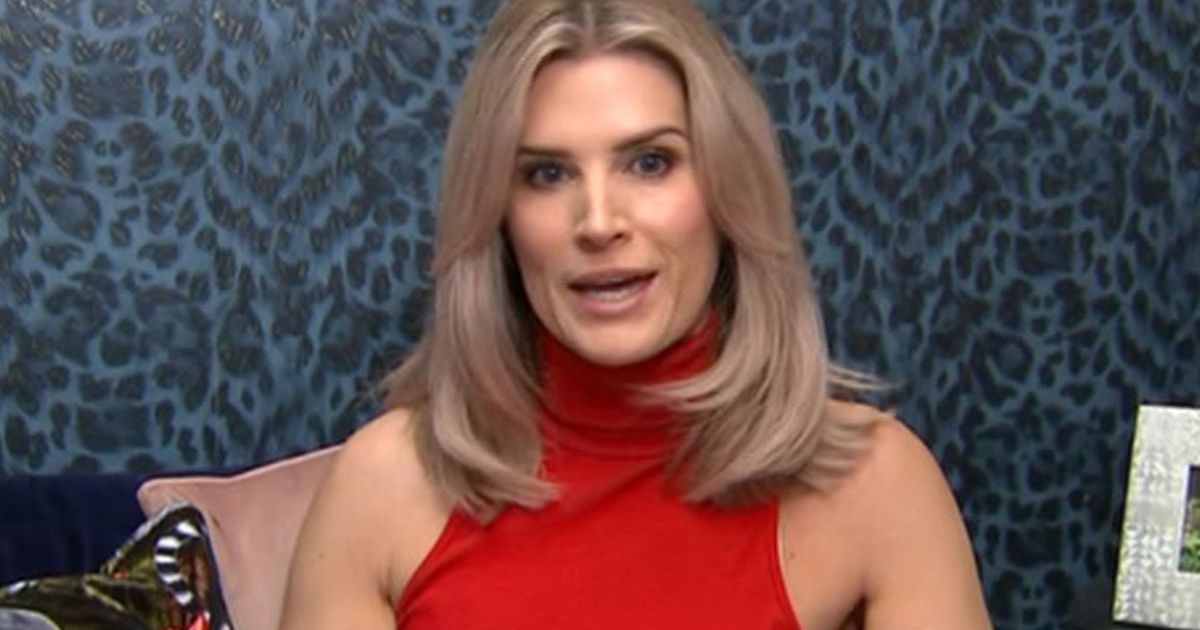 Hollyoaks’ Mandy Richardson actress Sarah Jayne Dunn spoke on TV for the first time since she was reportedly axed from the Channel 4 soap, over her joining OnlyFans

Sarah Jayne Dunn opens up on OnlyFans and Hollyoaks exit

Hollyoaks star Sarah Jayne Dunn has spoken out in her first TV interview following her exit from the Channel 4 soap, amid a row with bosses over her signing up to OnlyFans.

This week saw reports emerge that Sarah had been axed from the soap after refusing to delete her OnlyFans page.

The actress, who is one of the soap’s biggest stars, was said to be issued with a warning after bosses said that her raunchy content online was at odds with their younger audience.

Yet Sarah, who has appeared on Hollyoaks on-and-off as Mandy Richardson since 1996, refused to quit the site and is said to have since left after being unable to “reach a solution” with bosses.

Revealing how “empowered” she felt using the site, she stated that the content she uploads is just the same as that which has featured in magazines, Hollyoaks calendars and on her own Instagram over the years.

Sarah says the difference is that now she is in control of her content and where it goes, repeating that users and subscribers have to be over the age of 18 to view or upload content.

The actress, who is one of the soap’s biggest stars, was said to be issued with a warning after bosses said that her raunchy content online was at odds with their younger audience
(

Speaking to hosts Ben Shephard and Kate Garraway, Sarah defended her decision to sign up to OnlyFans, as she addressed her Hollyoaks exit on TV for the first time.

Ben asked what made her walk away from Hollyoaks and stick with the site, and she said: “Well that wasn’t really the decision that I made. The idea was to launch OnlyFans and take back some power and control over my images. What I create, where I put them, and put them on the platform.

“I’ve been thinking long and hard about this for a good few months, with lots of different options and OnlyFans because it’s such a big established site, and actually it’s ran really, really well.

“And there’s lots of different content on there, it’s an 18+ website because you have to be over 18 to get on there, but actually the content can be whatever you want.

“I was gonna run that alongside my job as well, and it’s not a decision that I made but this is where we are, and I’m looking at the future and where I’m at, and really enjoying being in control of everything. It’s really empowering.”

Kate asked if she understood why Hollyoaks bosses might be “uncomfortable” with her doing both given what can be found on the site, with Sarah adding that her OnlyFans content is no different to that on her social media.

Speaking to hosts Ben Shephard and Kate Garraway, Sarah defended her decision to sign up to OnlyFans, as she addressed her Hollyoaks exit
(

She explained: “The site itself, you have to be over 18 to access, but my specific content was no different to the content I’ve put on Instagram, that I’ve done for men’s magazines, for calendars all of my career, so actually by putting it onto a platform where you have to be over 18 to actually get on there, is protecting it from the younger audience.

“It’s taking it out of the public view and it’s putting it behind a pay wall where you have to be of a certain age to view it.”

Of the photoshoots, she added: “I find them empowering, I get a lot of positivity from other women, mostly other women, who say it is inspiring and motivating. I’m a 40-year-old woman, I’m a mum, I work hard to stay in shape, and I feel good and I feel confident. Doing those photoshoots make me feel that way.”

A Hollyoaks spokesperson has said: “Hollyoaks is a youth-facing drama with many young viewers, who follow our cast very closely, both in the soap and outside of it.

“We take our responsibility to our young audience very seriously and therefore the show does not allow any Hollyoaks cast members to be active on certain 18+ websites.

“We had hoped we could reach a resolution with Sarah that would allow her to remain in her role as Mandy, but we respect her choice to continue to produce content on OnlyFans.”