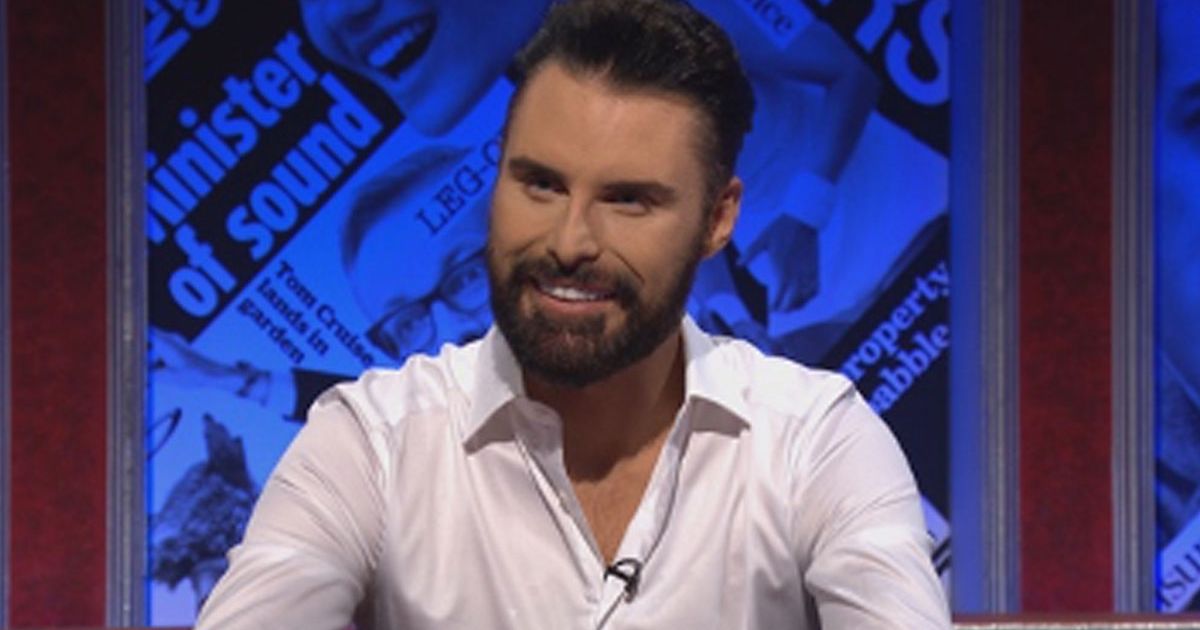 Rylan Clark makes his debut appearance on Have I Got News For You tonight.

The former X Factor star is part of a star-studded line-up with comedian Jo Brand guest hosting the third episode of the BBC show’s 62nd series with Robert Peston also on the panel.

The trio will the regular team captains Ian Hislop and Paul Merton in the studio with a distanced audience.

The teams will no doubt be giving a witty spin on some of the biggest stories of the week from the government response to rising Covid numbers, the Queen expressing her views on global climate change action and the city of Vienna joining OnlyFans.

Rylan’s stint on the panel will come hours after he presents Strictly spin-off show It Takes Two on BBC Two at 6.30pm.

He will also be back hosting his BBC Radio 2 show this weekend after making his return in September following a lengthy absence.

The star was given some time off by the BBC following his split from husband Dan Neale.

This week it was reported the broadcaster offered Rylan a whole year off after the break-up when he suffered a ‘breakdown’ of air.

Rylan responds to claims BBC offered him year off work
(

According to The Sun, Rylan’s Radio 2 colleagues cued music to allow him to compose himself.

“One of the BBC’s top brass was at the meeting. They even suggested he take a year’s break to focus on himself. Ultimately, they want Rylan to feel supported and happy.”

Responding to the allegations, Rylan said he wasn’t in a ‘good place’ but confirmed he is better now.

Last week’s Have I Got News For You was cancelled following the death of MP Sir David Amess.

The episode was instead shown on Monday October 18 on BBC One at 10.35pm and available on iPlayer afterwards.

This second episode of the 62nd series of the long-running satirical news quiz was due to be broadcast at 9pm last Friday, but along with the comedy The Cleaner, was replaced.

On Friday night, before HIGNFY was due to be broadcast, a BBC announcer said: “Following today’s news events, some changes to tonight’s schedule. We won’t be showing Have I Got News For You or The Cleaner. Instead, there will be Miranda in half an hour after Would I Lie to You.”