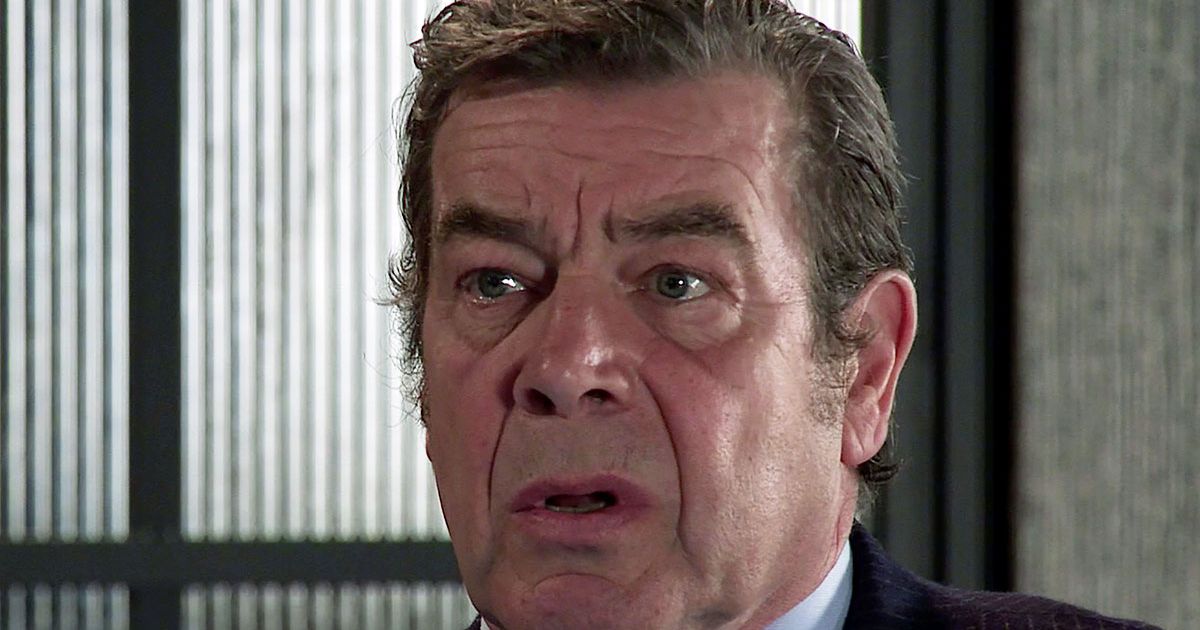 Coronation Street star Richard Hawley was “knocked back” when he found out how his character Johnny would meet his death on the ITV soap. Johnny died trying to save his ex Jenny in the storm drain

Richard Hawley was “knocked back” when he was told how his Coronation Street character would meet his end.

Johnny Connor tragically died in tonight’s epic finale as he tried desperately to save his ex Jenny Connor (Sally Ann Matthews) from her death when she fell down the sinkhole whilst searching for Leo.

Heartbreakingly, whilst Jenny was saved, Johnny passed away as he heard his late son Aidan’s voice one more time, after Aidan (Shayne Ward) tragically took his own life three years ago.

And now speaking for the first time since his exit was confirmed, Richard admitted he was both “overjoyed and knocked back” that his exit would form part of the huge stunt week on the soap.

He said: “He [Iain, the show’s producer] explained that the death in the big stunt was going to be Johnny, he outlined the story to me and I was absolutely overjoyed and knocked back by what he was planning.

“Because for me it is the completion of a great love story, which is what Sally Ann and I had wanted. You can’t get a truly great love story until it is over, until someone dies.”

Richard had been in discussions about leaving the soap for some time but Covid meant his exit had to be delayed.

“Iain the producer had known for some time that I was ready to go, I talked to him about it in the previous year and then all the plans and arrangements got stymied because of Covid and I was actually very happy to be working through that year,” he shared.

“I was very fortunate. It could have been then that I stayed but I live a long way from Coronation Street and I have done over 6 years and all the traveling back and forth was getting a bit much for me.”

Whilst it wasn’t the ending Richard had probably been thinking about, he now realises why Johnny had to go through everything he did as he explained how his whole character’s history has “fallen into place”.

It wasn’t always such heartbreak for Johnny and Jenny Connor
(

“Absolutely, the one thing that soap doesn’t give you is a beginning, middle and end. By its very nature it is continuous. It’s only when you get the end put into place and you know what it is that everything else falls into place,” he shared.

“The rest of Johnny’s story now makes sense. There is a really strong run of almost 7 years of his story. A man trying to redress some of the past, create a future, love, settle down, atone for past mistakes, and change and live well.

“For the character it completes a journey, a tough journey in many ways. In itself it is a real story, action, humour, love, thrills and spills.”