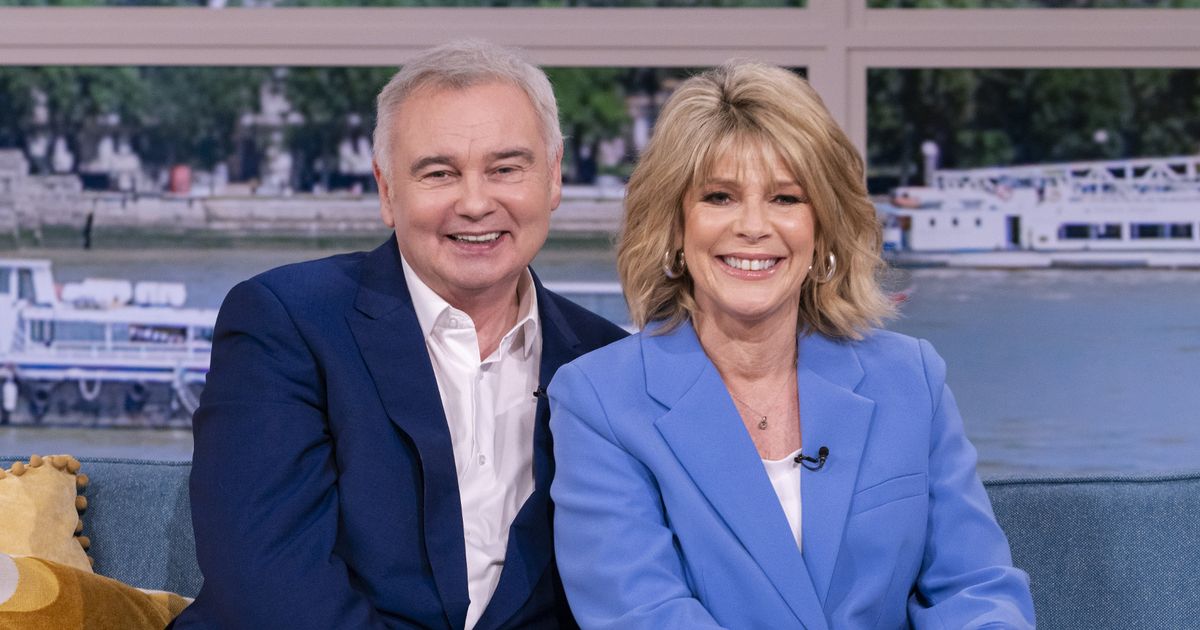 It’s back to 3am alarms for broadcaster Eamonn Holmes as he started life of GB News this morning, getting down to work on a Bank Holiday – and wife Ruth Langsford knows he will be great

Ruth Langsford knows Eamonn Holmes has nothing to worry about as he made his GB News debut after confessing to sleepless nights.

The broadcasting great, 62, started the new job today after being a regular fixture on ITV ’s This Morning for 15 years.

Wife Ruth will not be joining her former co-host on the news channel but she knows he will be more than fine without her.

As Eamonn prepared for his first day, he told The Mirror he struggles with insomnia.

Eamonn Holmes promised to do things differently at GB News
(

That will mean less evening time with Ruth but she is clearly right behind him.

She posted a video of Eamonn talking about his big day last night, saying nothing much will change with what he brings – and told viewers the programme is about what is important to them.

She captioned the upload: “Here he goes….new year, new challenge for @eamonnholmes Back doing what he does best. I’ll be watching….hope you will too @[email protected]#gbnews.”

As the programme began at 6am, Eamonn told those watching he can’t wait to get going.

It was another early get-up for Eamonn and he opened up about the issues he faces.

Ruth says he will be just fine without her
(

He said: “Early starts do take their toll. Evenings can be a bit more difficult. My big dread about what’s ahead is insomnia and what feels like a ‘sleep hangover’ the next day.

“With 26 years of breakfast television under my belt, I’ve had more than a few of those. “‘Project sleep’ will be my priority.”

Ruth says she couldn’t do what he has for so much of his career.

She said: “Respect to Eamonn, facing up to 3am alarm calls, but I honestly know it would kill me. One of the arts of early starts is to make viewers at ease and comfortable.

“I would fall at the first hurdle. I need my sleep too much. I’ll happily join the rest of you, watching at home.”

The reaction to the show on Twitter was divided.

One viewer claiming that Eamonn looked tired but others were thrilled to see him and says he has already improved the show.