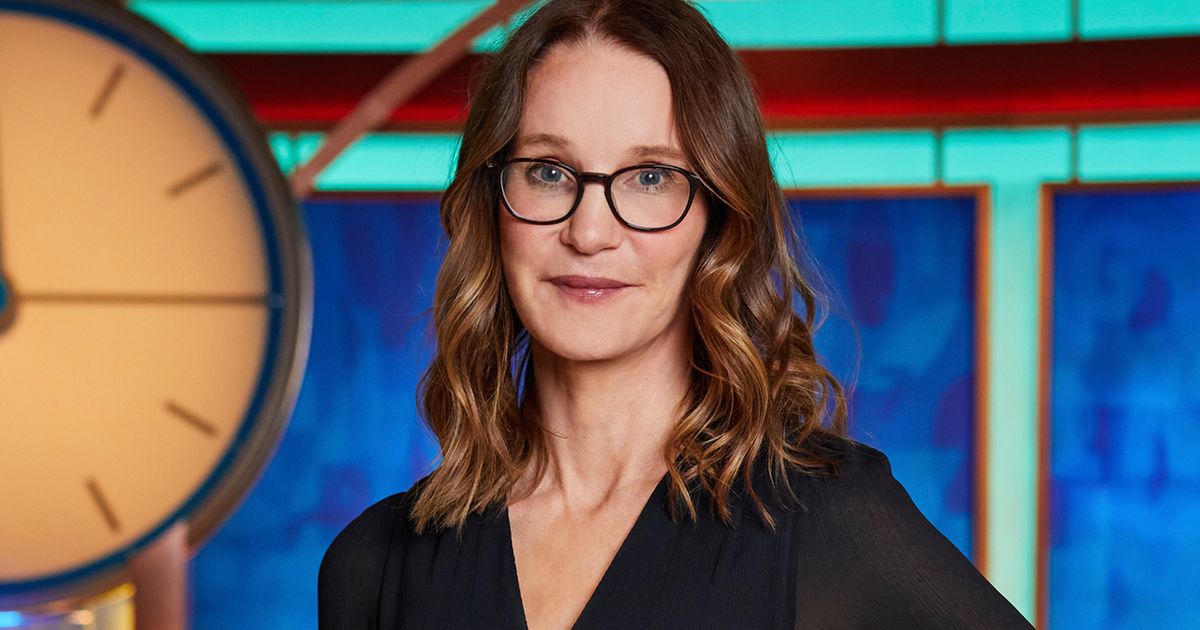 Rachel Riley has reportedly been embroiled in a bitter feud with Anne Robinson after she took over as the new host of Countdown in June last year, replacing former The Apprentice star Nick Hewer who stepped down from the role

Countdown ‘s Susie Dent has lifted the lid on the rumoured feud between Rachel Riley and Anne Robinson.

Tensions have reportedly been rising between the two women after Anne took over from Nick Hewer as the host of the popular Channel 4 show in June.

Rachel, 35, has previously spoken about the former Weakest Link host – nicknamed the Queen of Mean for her no nonsense approach – and said the 77-year-old is ‘very matter of fact’.

Anne admitted she was ‘hard to please’, and now Susie, who is the show’s resident lexicographer in Dictionary Corner, has discussed the alleged rising tensions on the set.

Speaking to Simon Rimmer and Tim Lovejoy on Channel 4’s Sunday Brunch, Susie said Anne brought ‘something different’ to Countdown after making her debut as host in June.

Susie Dent said Anne brought ‘something different’ to the show
(

“Every host brings something different to the show, and I was thinking about this. One thing I’m really noticing with her kind of, under her reign, is we get these mini-interviews that we didn’t have before,” she explained.

Susie said she’d been on the show for almost 30 years, prompting Simon to ask her if it was difficult for Anne to join such a close knit cast and crew on Countdown, who have been working together for years.

“Well, hopefully, it doesn’t quite feel like that, but no, you’re right, I mean it’s so established,” Susie replied.

Susie has been working on the show for almost 30 years
(

It’s been reported that Anne and Rachel have been clashing over numerous issues on the set of the quiz show, including arguments over make-up artists and wardrobe budgets.

Back in November, Anne appeared on Rachel Johnson’s Difficult Women podcast, and she addressed the rumours of the rift between her and maths genius Rachel.

“They’re brilliant – both of them actually,” she said of predecessor Nick and co-star Rachel.

“Every time I’m astonished how she [Rachel] does that adding up and subtracting – just seconds, absolutely seconds, amazing,” she added.

Anne later confessed she hated being thought of as ‘bitchy’, and instead claimed she was ‘hard to please’.