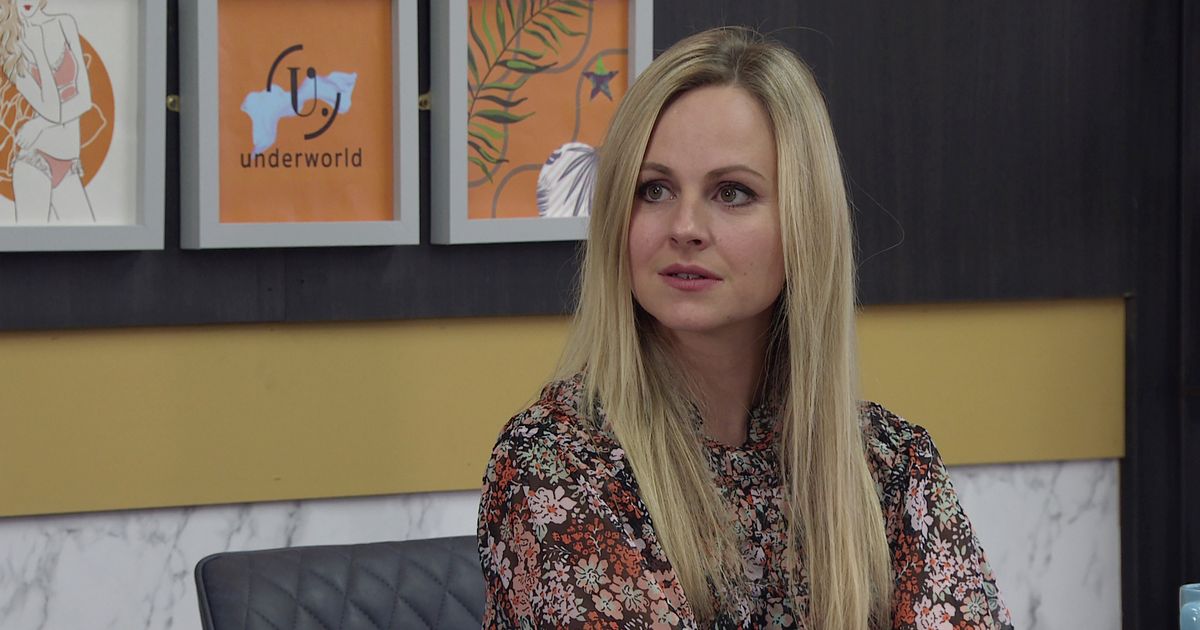 Boss Iain MacLeod says sparks fly when Adam Barlow’s ex Lydia (Rebecca Ryan) arrives, threatening his relationship with Sarah Platt (Tina O’Brien) and it will be like an “updated version” of the 1987 thriller Fatal Attraction

A Fatal Attraction-style love triangle will be one of Coronation Street’s “cataclysmic” plotlines this year, the soap’s boss has revealed.

He said of the torment facing Adam (Sam Robertson): “Everyone behaves badly, it’s very nuanced but she [Lydia] becomes a catalyst for Sarah and Adam to destroy themselves.”

The plotline would be like an “updated version” of 1987 thriller Fatal Attraction, he added. The movie starred Michael Douglas as an adulterous husband.

Lydia becomes a catalyst for Sarah and Adam to destroy themselves.

Not only could she lose Kevin Webster and his son Jack, but her possible pregnancy after her night with Imran could destroy his relationship with Toyah.

Faye Windass and Emma Brooker (Ellie Leach and Alexandra Mardell) are also in for a torrid year after knocking down an elderly man. MacLeod said: “It’s a dilemma of secrecy and cover-ups. The consequences are life-changing.”

There are parental problems for Tracy Barlow (Kate Ford) and Steve McDonald (Simon Gregson) when their daughter Amy hooks up with Jacob.

Although he is trying to redeem himself, Jacob is known as a drug-dealer.

MacLeod said: “She is quite sensible…but how will Tracy and Steve react to the worst possible boyfriend?”

Jenny finds herself falling for toyboy Leo, but questions herself. MacLeod explained: “She asks if she is a cougar or does he have a fetish for older women?”

Yasmeen will discover if she’s able to have another relationship after torment by her evil late husband Geoff.

Fiz Brown (Jennie McAlpine) has to decide whether she’s sticking with Phill Whittaker (Jamie Kenna) or going back to Tyrone Dobbs (Alan Halsall).

Tim Metcalfe (Joe Duttine) tries to hide his ill health from wife Sally (Sally Dynevor). MacLeod reveals: “It turns into a story we have never done in soap without quickly glancing away.

“It becomes a colossal threat to everything Sally and Tim know about their relationship in the future.”