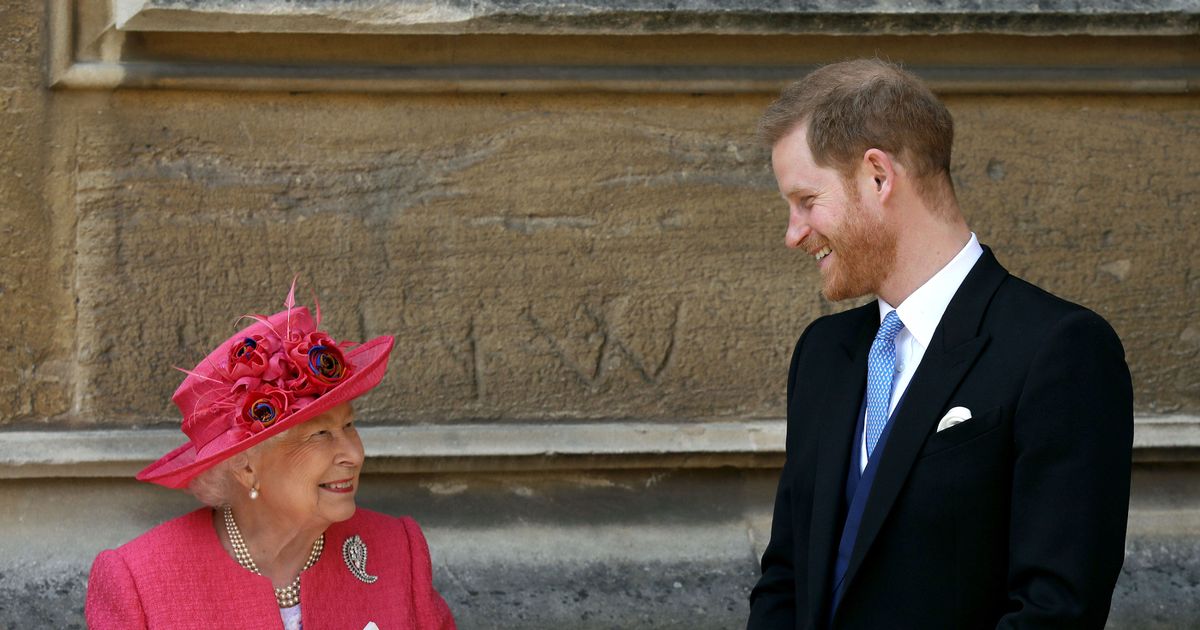 Royal family Christmas: Insider reveals type of presents they give

Prince Harry gifted the Queen a rude shower cap for Christmas one year, according to a royal expert.

Camilla Tominey appeared on Thursday’s This Morning to update fans on the Queen’s Christmas party and she let slip some secrets about how the royals kickstart their festive celebrations.

The royal expert told Rochelle Humes and Vernon Kay: “One year, Prince Harry gave the Queen a shower cap that had ‘Ain’t like a b***h’ written on it.”

Rochelle giggled as she said: “I love that.”

Opening up about how they spend Christmas Day, Camilla said the Queen decides when it’s bedtime for everyone.

The Queen with her grandson Prince Harry
(

“Apparently when they socialise, everyone can only go to bed after the Queen has decided she’s going to bed,” the expert shared.

“I think that’s the way it should be. The 95-year-old that dictates when bedtime actually is.”

It comes as a senior palace source announced that the Queen has cancelled her pre-Christmas party on Tuesday due to spiralling Covid rates throughout the country.

The monarch was weighing up whether to hold her traditional family get together next week but she has decided to shelve plans with coronavirus cases worse than ever.

On Wednesday the number of Covid cases increased by more than 78,000 – the highest daily rise in the pandemic so far.

The Queen has decided not to take the risk – but still intends on hosting her immediate family at Sandringham over the festive period.

He got his grandmother a funny present
(

A senior palace source said: “The pre-Christmas family lunch will not be going ahead.

“The decision is a precautionary one as it is felt to put too many people’s Christmas arrangements at risk if it went ahead.

“While there is regret that it is cancelled, there is a belief it is the right thing to do for all concerned.”

The Queen is understood to be still committed to hosting her immediate family over the Christmas holidays at Sandringham, but is expected to take advice in the coming days as to whether it is safe to do so.

* This Morning airs weekdays on ITV.