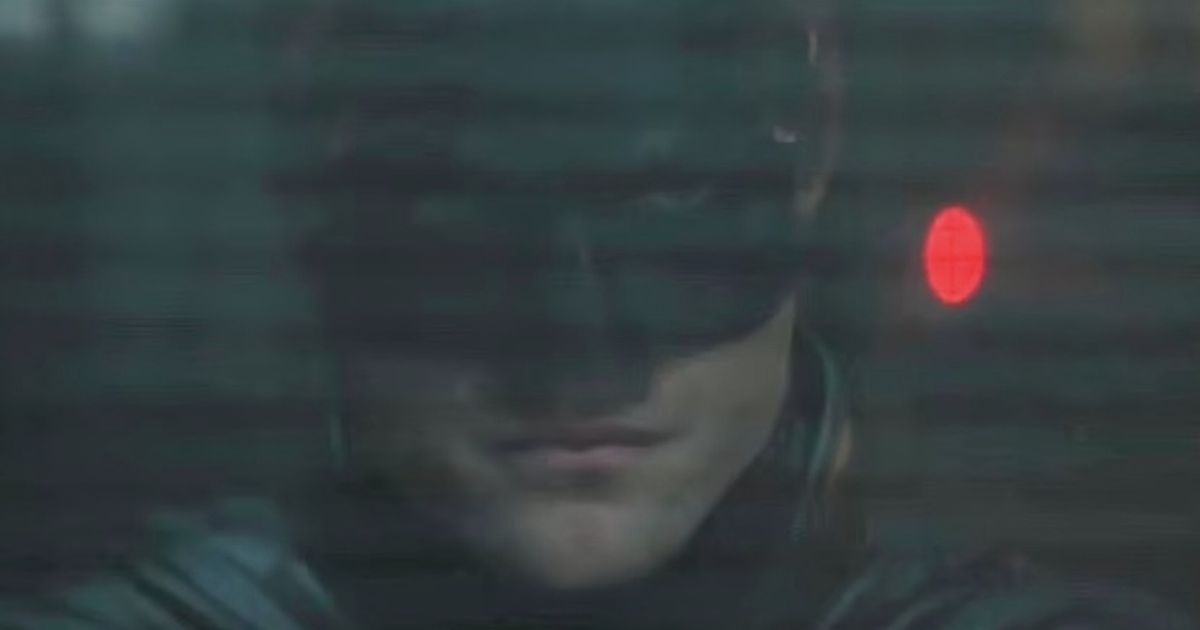 The Hollywood hit has been a huge success since its release and director Matt Reeves has kept his promise in sharing a deleted scene with fans of the superhero movie.

The take, which was cut for pacing reasons, sees Batman visit supervillain the Joker in captivity at Arkham Asylum as he tries to find out more information about fellow supervillain the Riddler, played by Paul Dano.

The Riddler is on a gruesome killing spree in Gotham and Batman is eager to bring an end to the demolition, but the Joker has different intentions for their encounter.

The scene has a resemblance of Jodie Foster in The Silence of the Lambs as her character Clarice Starling visits Anthony Hopkins’ Hannibal Lector as she tries to get his advice on other serial killers.

Batman visits the Joker in a deleted scene
(

As Batman enters the scene, the Joker comments: “Almost our anniversary, isn’t it?” in a nod to the superhero helping to put the villain behind bars in the first place.

Batman replies: “There’s a serial killer. I want your perspective,” but Joker isn’t ready to play ball immediately as he looks over pictures of the Riddler’s crime scenes.

Joker seems impressed by Riddler’s actions, commenting on his likeness of puzzles. “So meticulous,” he says. “Like he’d been planning this his whole life.”

But Joker remarks how Ridder is nothing more than a “nobody who wants to be somebody”. He explains how the villain has “a vision”.

Batman tries to get information from Joker about Riddler
(

Joker knocks back Batman’s query of whether the attack is political and says: “Oh, no, no, no, this is very, very personal.”

He believes that Riddler’s actions are due to him being wronged by people in the past and decided to make them his victims.

Joker however refuses to divulge further when pressed by Batman and begins to play with his head.

“You know exactly how he thinks,” the Joker assures Batman. “Have you read this file? You two have so much in common – masked avengers!”

Joker toys with his enemy
(

At the point of their meeting, Ridder has already disposed of Gotham’s mayor and police commissioner and as the scene ends Joker fires another taunt in Batman’s direction.

“I think you don’t really care about his motives, whether he loves or hates you,” he says. “I think somewhere, deep down, you’re just terrified ’cause you’re not sure he’s wrong, huh?”

The intense scene was eventually cut from the final product, which still runs at almost three hours long.

Director Matt believed the scene simply wasn’t necessary for the final edition and said: ” ‘It was one of those scenes where, given how complex the narrative was, by taking it out, it kept the story moving in a way it needed to.”