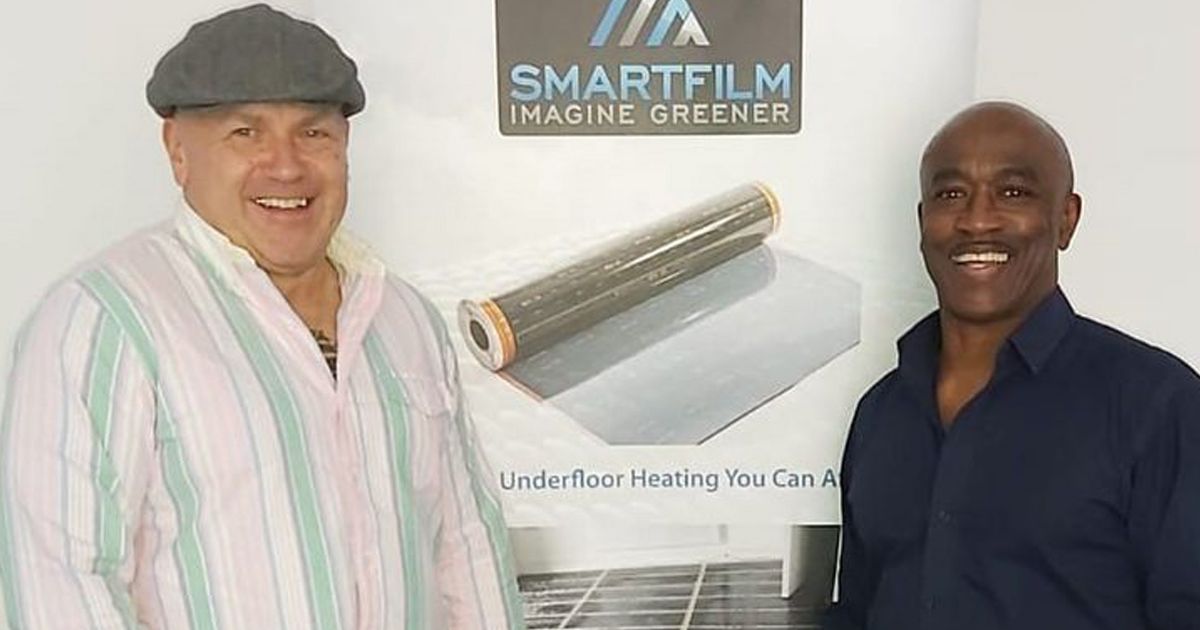 Birmingham entrepreneurs Howard Brown and Alex Black were left baffled when they were cut from the BBC One show, as they pinned their hopes that their appearance would help kickstart their underfloor heating business

Two men who were due to appear on Dragons’ Den have been left floored as they’re dumped from the BBC show, despite landing an £85k investment.

Birmingham entrepreneurs Howard Brown, 60, and Alex Black, 64, were “mystified” when their scheduled appearance on the BBC One show was cut, dashing their hopes of boosting their underfloor heating business.

The men had successfully gained an £85,000 investment from Touker Suleyman, and they were reportedly assured that their “entertaining pitch” would guarantee them a spot on the show.

The businessmen were over the moon to secure £85,000 for a third of their underfloor heating firm

“Our pitch was so entertaining that the researcher was saying: ‘Well that was terrific, that’s going to be great TV’. We were having a laugh and banter, the back and forth was really good,” Howard told BirminghamLive.

“It went very well, it was very enlightening, a terrific experience and we got an offer from Touker so we were over the moon. We were made up that he wanted to be an equal partner with us,” he added.

But the businessmen were given the bad news three weeks ago, when they were contacted by the show and told their pitch wouldn’t be screened.

The ground-breaking idea was pitched to the Dragons last year

“They just sent us an email saying it’s nothing to do with our product or the pitch, but they have decided not to air it,” Howard explained. “And we just couldn’t understand it.”

“We were just mystified, we were perplexed. When you look at the other pitches that have been aired (we don’t want to blow our own trumpet) but we would have been the talk of the series,” he fumed.

Howard and Alex had been hoping for “lots of orders” and “lots of further press” after appearing on Dragons’ Den, and even moved into bigger offices to accommodate the predicted growth in their underfloor heating business

Touker offered £85k to the duo, but has reportedly pulled his funding after the deal fell through
(

“So we’ve got to move out now because we’ve got to revise all of our forecasts and downscale them considerably,” he said.

The duo had further bad news when it was revealed their£85,000 deal with Touker had fallen through, as his “offer was contingent on him getting his friend, a house builder for a major construction company, onboard”.

“It’s a crying shame. It would have been a great kickstart for us,” Howard lamented.

A spokesperson for Dragons’ Den told BirminghamLive that it is made clear to budding entrepreneurs that their pitch may not appear for “editorial reasons”.