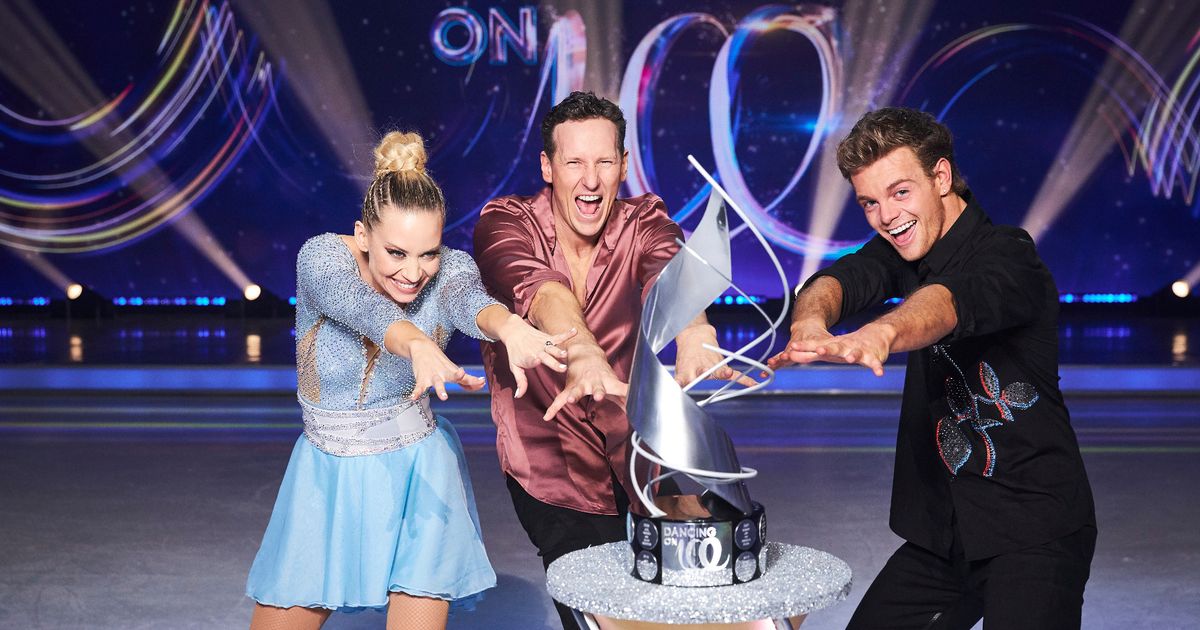 Dancing On Ice finalists Regan Gascoigne, Kimberley Wyatt, and Brendan Cole lift the lid on their best moments from the 2022 ahead of the grande finale this weekend

Dancing On Ice: Brendan Cole jokes show is a ‘fix’

There have been injuries, stress and shocks – but now only three Dancing On Ice contestants remain on the ice.

This weekend bookmakers’ favourite Regan Gascoigne, Pussycat Doll Kimberley Wyatt and former Strictly Come Dancing pro Brendan Cole will fight it out to be the 2022 Dancing On Ice champion.

After an opening joint dance with the pros, they will glide through a Showcase performance and their Favourite skate before a vote off. The final two remaining acts will then perform a version of Torvill and Dean’s Bolero ahead of a last public vote.

Here, they spoke to the Mirror about how they feel going into Sunday’s final.

Kimberley has made it to the final three
(

How does it feel to be in the final? Do you want to win?

I thought I was going on a world tour with the Pussycat Dolls, and then was thrust into lockdown. You never know when your last opportunity is going to come to be a performer, so this has been a dream. To make it to the final and to hopefully entertain everybody and take them away from the worries of the world, that’s pretty special.”

Tell us something about one of the other finalists.

“I found out that Regan pretends he’s on a dance floor rather than ice, which is probably what’s making him so brilliant.”

Any injuries in the run-up to the final?

“In the second week I tore my ligament in my hand.”

You had an extra week between the semis and final – what did you do?

“It was time to practise.”

Your best moment of the series?

“Christopher Dean calling me the greatest show woman – that will live with me for ever.”

Regan can’t believe he made it to the final
(

How does it feel to be in the final, do you want to win?

“I honestly genuinely can’t believe I made it this far.

Tell us something about one of the other finalists?

“Kimberly is a firecracker. It’s in her eyes, just like power and she’s just there. She is in the performance all the time. And she is so fierce.”

Any injuries ahead of the final?

“I keep knee supports because I’ve landed on my knees a couple of times and then they’re just a bit swollen. I tore my muscle in my back from the routine where I was on the lamp post. Nothing crazy.”

You had an extra week between the semis – what did you do?

“It is never not a moment to practice.”

What was your best moment?

“Definitely watching the rehearsal of the first show. That was like, wow, that was the moment I would just say, I can’t believe I’m here.”

Brendan wishes he could do it all over again
(

How does it feel to be in the final, do you want to win?

I’m naturally a competitive person. I’d love to win. But it’s not at the forefront of my mind. I want to have an incredible last show, perfecting what we’ve all spent six months trying to perfect.

Tell us something about one of the other finalists?

There are no weaknesses in them. I love all my competitors.

Two weeks ago I didn’t think I was going to be on the show. My hip went out because I fell on it one too many times. I ran to the physio, Sharon, she’s brilliant. She put my leg back in. I am fine now.

You had an extra week between the semis and the final. What did you do?

It was nice to have a bit of family time.

What was your best moment of the series?

When we performed our number in the rain. It felt like a perfect moment after a big build-up.

Dancing On Ice families rally behind contestants Kim, Brendan, and Regan ahead of final