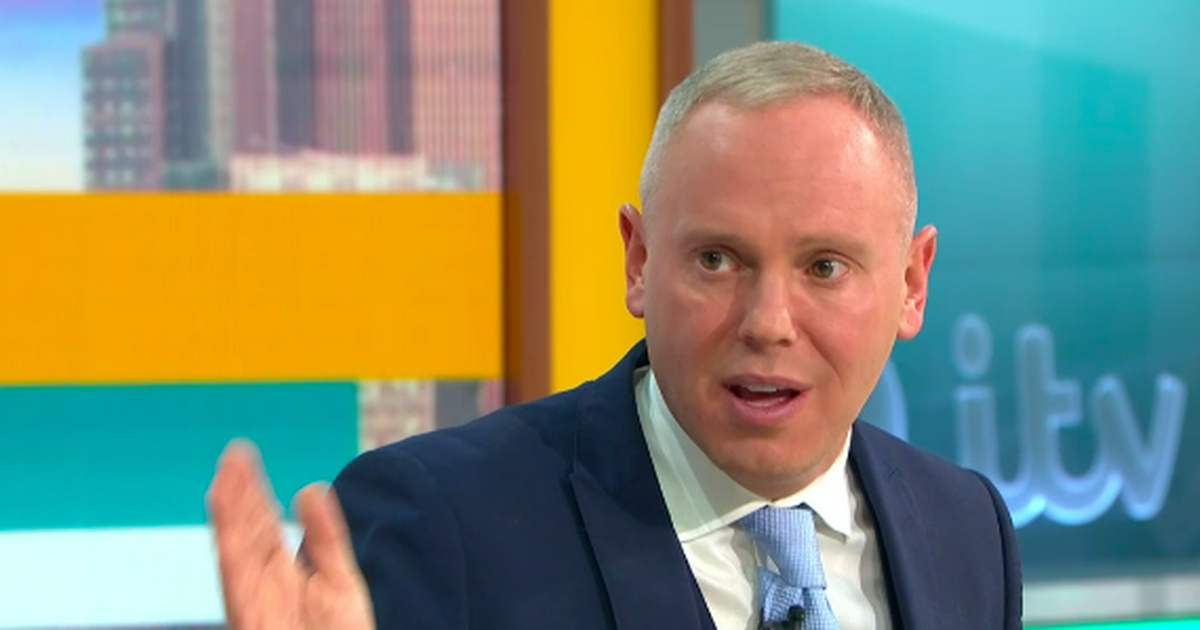 Rob Rinder made his thoughts on Vladimir Putin very clear as he returned to host Good Morning Britain on Wednesday.

The 43-year-old star joined his good pal Susanna Reid in the ITV studio as they continued coverage of Russia’s attacks on Ukraine.

As the duo opened the breakfast show, Susanna touched upon various comparisons that people have made in regards to Putin and Adolf Hitler.

“This isn’t just tragic, this is a breach of international law,” Rob began.

“You talked about surrender and siege of civilians, the direct targeting of women and children, waging aggressive war.

“You’ll remember your history no doubt, that’s what the Germans who invaded in the second world war were charged with at the Nuremberg trials.

“That’s clear, it’s unequivocally happened and the use of cluster bombs again against civilian women and children. It’s difficult to think of a more egregious act,” Rob added.

Susanna then mentioned Rob’s “personal history which is wrapped up in what happened in the second world war” before mentioning the comparisons of Putin to Hitler.

“We have to be careful about making sure that when we use parallels like that, that they’re right,” Rob told Susanna.

“One of the big issues here is that people have been picking up that stone of Nazism, Putin especially and using that as a pretext to invade.

“Let’s remember that the President of Ukraine is Jewish and his family is Jewish. In terms of a nation seeking dominance, seeking territory, it has so many of the hallmarks history and what happens when we forget history is that we are, of course, doomed to repeat it.

“It seems to me now is the time to stand up,” Rob added.

Later on in the show, Rob and Susanna touched on the topic again as they referenced one young child who is being treated for Leukemia and has had to flee to Ireland to continue treatment.

“I don’t like the word evil, it lacks nuance, but if the cap fits. It seems to be, it’s time to call him out for what he is,” Rob said of Putin’s actions.