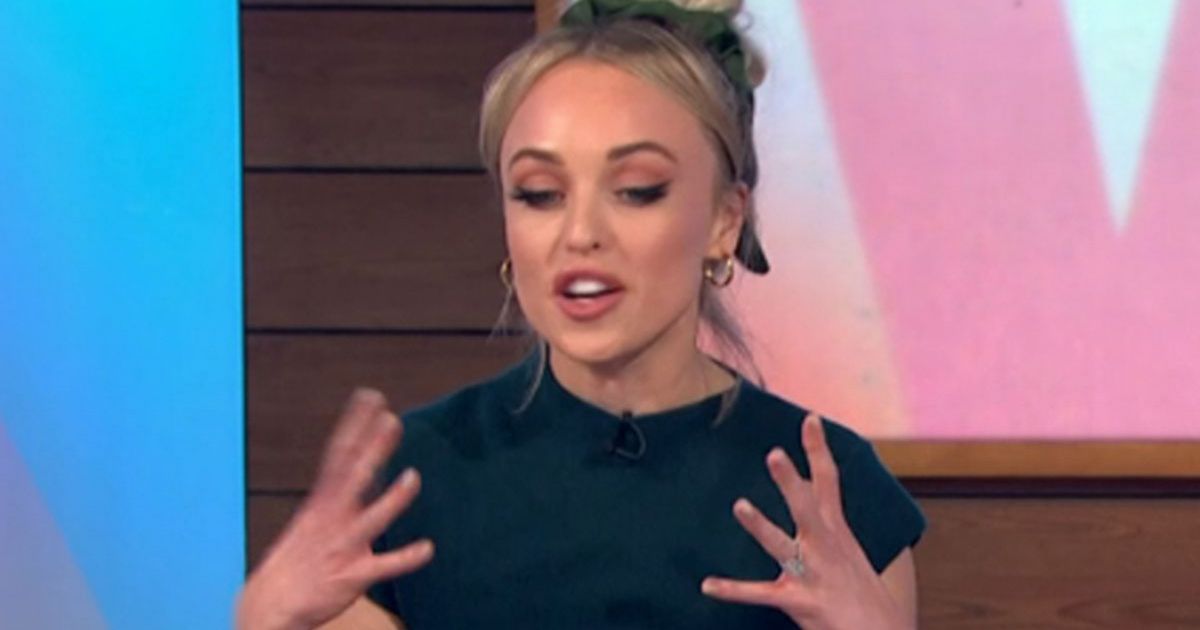 Jorgie Porter has opened up about the moment she was told she had miscarried quadruplets.

The 34-year-old first spoke about her miscarriage last year in November with property developer Ollie Piotrowski, 32.

Appearing on Loose Women together today, Jorgie spoke about finding out that they were having quadruplets in the first place.

“Obviously we were happy when we got the early scan, the doctor was a bit unsure about what to tell us,” she said. “They said that we can see three sacks… then we were told that there were four sacks.”

Upon realising that they were having quadruplets, Ollie said that he “fell over”.

“It was an extreme circumstance,” Jorgie explained, revealing that because she was having a high risk pregnancy that she would go for routine scans. “On the fifth or sixth scan she said you’ve had a miscarriage.”

On the same day she discovered that she was having a miscarriage, Jorgie had to make the incredibly difficult choice about whether to miscarry naturally or to have surgery to remove tissue from the uterus.

“We went with the route of surgery because I didn’t want to witness anything,” she explained. “They said that there could have been a lot of blood loss.”

Her partner Ollie felt ‘helpless’ over the miscarriage
(

“As soon as it happened, I cried and [Jorgie] stayed strong, then a week later [Jorgie] cried and I had to stay strong.”

It comes after Jorgie said last year that she wasn’t convinced she wanted to be a mum when she first got with Ollie, but seven months in everything changed.

Jorgie continued: “Ollie said he could see himself having children with me, and it was a big moment, because I felt like I absolutely wanted children with him, too.

“I remember driving to work thinking, ‘I want to come off the Pill’. I’d been dating him for less than a year, but I knew I wanted him to father my kids.”