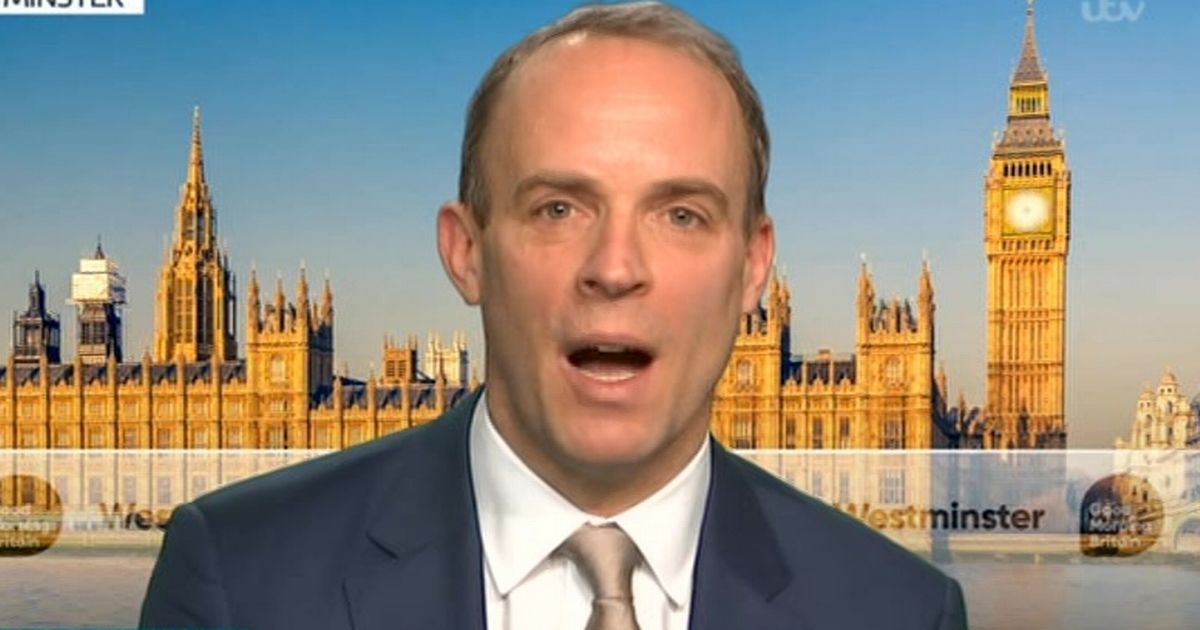 GMB: Raab is grilled by Madeley on Cummings claim

In bombshell claims made this week, Cummings claimed Johnson had ‘lied to Parliament’ over a Downing Street party – and multiple witnesses ‘would swear under oath’ that he did.

The Prime Minister told MPs he “believed implicitly” that a BYOB bash on 20 May 2020 was a work event, amid calls for him to resign.

It comes after claims emerged in the Sunday Times that two officials told Mr Johnson the event was “a party” before it happened, and said it should be cancelled.

Speaking on GMB, Richard and co-host Susanna Reid discussed Cummings’ claims with the Justice Secretary and asked for his view on “who was lying”.

Raab responded: “Well look, No 10 have been clear categorically that is not true,” before referring to the ongoing investigation into reported parties which is underway by Sue Gray.

Raab called for everyone to let Gray “do the job” and suggested there should be no interference or prejudgment before facts.

It’s then that Richard put him on the spot and asked: “How do you solve a problem like Cummings?”

Raab looked red-faced before laughing awkwardly, replying: “Erm, look I am not really sure I am equipped to answer that question.”

In bombshell claims made this week, Cummings claimed Johnson had ‘lied to Parliament’ over a Downing Street party
(

Susanna agreed and then recalled Cummings’ claims he would give testimony under oath and said: “Those are very serious accusations to be made about the Prime Minister, who do we believe?”

Raab referred back to investigation again, leading to Susanna interrupting: “So hang on, Dominic Cummings has called Boris Johnson a liar. Are you, Justice Secretary, calling Dominic Cummings a liar?”

When he once again referred to the investigation, she added: “Only one person can be telling the truth so which one is it?”

As Raab continued to repeat the same response, she said: “But you are not letting Sue Gray do her job,” suggesting he had prejudged what happened in believing the Prime Minister’s version of events.

She asked: “You must be saying Dominic Cummings is lying then?” to which he denied.

Richard spoke to Raab about the ongoing scandal and said: “It’s horrible isn’t it, a really nasty, smelly mess.”