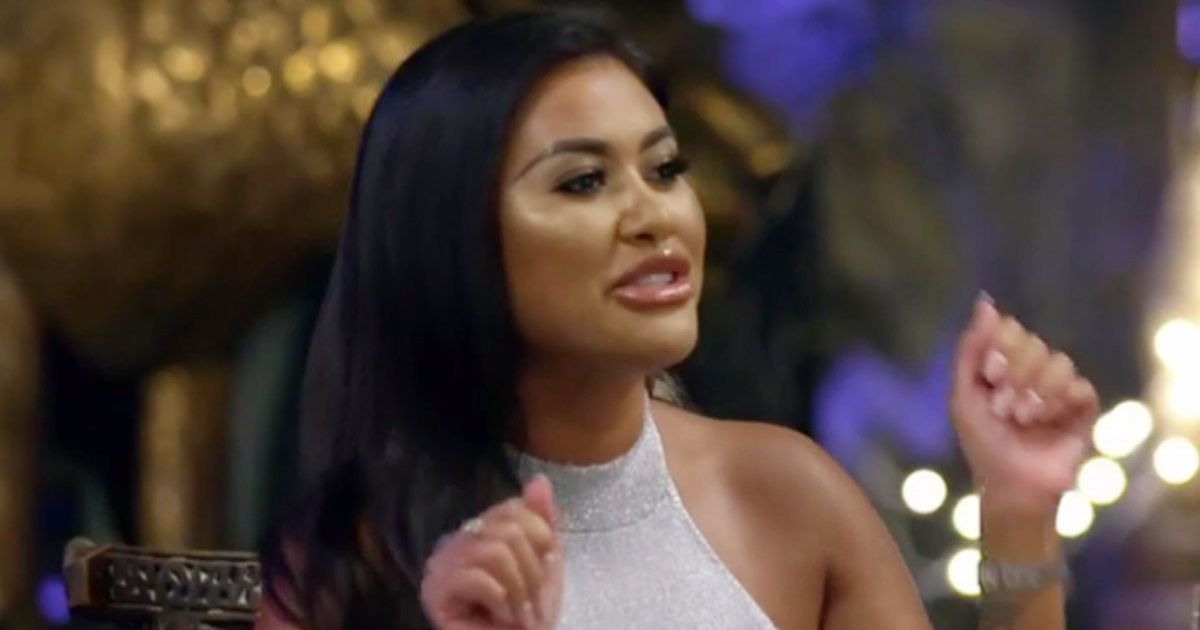 Nikita Jasmine has left quite the impression on TV viewers after the brash star’s appearance on Married At First Sight.

The 27-year-old north east native left fans flocking to social media in dismay once again as she returned to the small screen to once again look for love.

Taking to Celebs Go Dating, Nikita – who married Ant Poole on last year’s MAFS – showed that she hasn’t changed her ways as she made known what her type was.

She told the cameras that she won’t settle for anything less than she deserves and said her man must be tanned and taller than six foot. She also made it clear any comic book fans won’t be accepted.

Nikita first got speaking to former Apprentice star Ryan-Mark Parson, before being impressed by her first date with bouncer Lee, 35.

Nikita was again looking for love on TV
(

The hunk chivalrously pulling out her chair and she was clearly smitten as she called him the fittest person in the room. However, narrator Rob Beckett was keen to point out that honour must be awarded to Made In Chelsea star Miles Nazaire.

Despite Nikita being impressed, fans certainly weren’t enamoured by her reappearance on the channel.

One fan of the show took to Twitter to write: “Do they give the celebs ear plugs … i don’t think I could cope with that Nikita loudness #CelebsGoDating.”

Another agreed, commenting: “Nikita’s given me a headache already #CelebsGoDating.”

And a third didn’t think the men on the show would be impressed as they wrote: “Oh gosh here we go Nikita…feel bad for her dates already.”

Relationship expert Anna Williamson opened up on how the loud star behaved on the show, revealing that she “wouldn’t stop flashing her privates” as they filmed.

Speaking to The Sun, Anna said: “Nikita is like a naughty little sister. She comes in, she has foul habits and behaviours.

“The amount of time I’ve had to ask Nikita to stop flashing me her vagina, she’s very naughty on dates.”

Nikita said she won’t settle for anything but the best
(

And she continued to say that trying to get Nikita to behave in an appropriate manner was “impossible”.

Nikita’s behaviour saw her kicked off Married At First Sight over a rant at her co-stars which producers ruled ‘breached the code of conduct.

She had to be dragged away from the first dinner party after exploding at fellow contestants.

Nikita ranted that they had only signed up to the show for fame as she launched into an expletive fuelled rant.

And bosses of the show admitted they had “no choice” but to remove the newlywed from the show when they ruled her behaviour had broken the strict code of conduct for participants.

Who are the Dancing On Ice professionals? Cast, new skaters, injuries and secret jobs