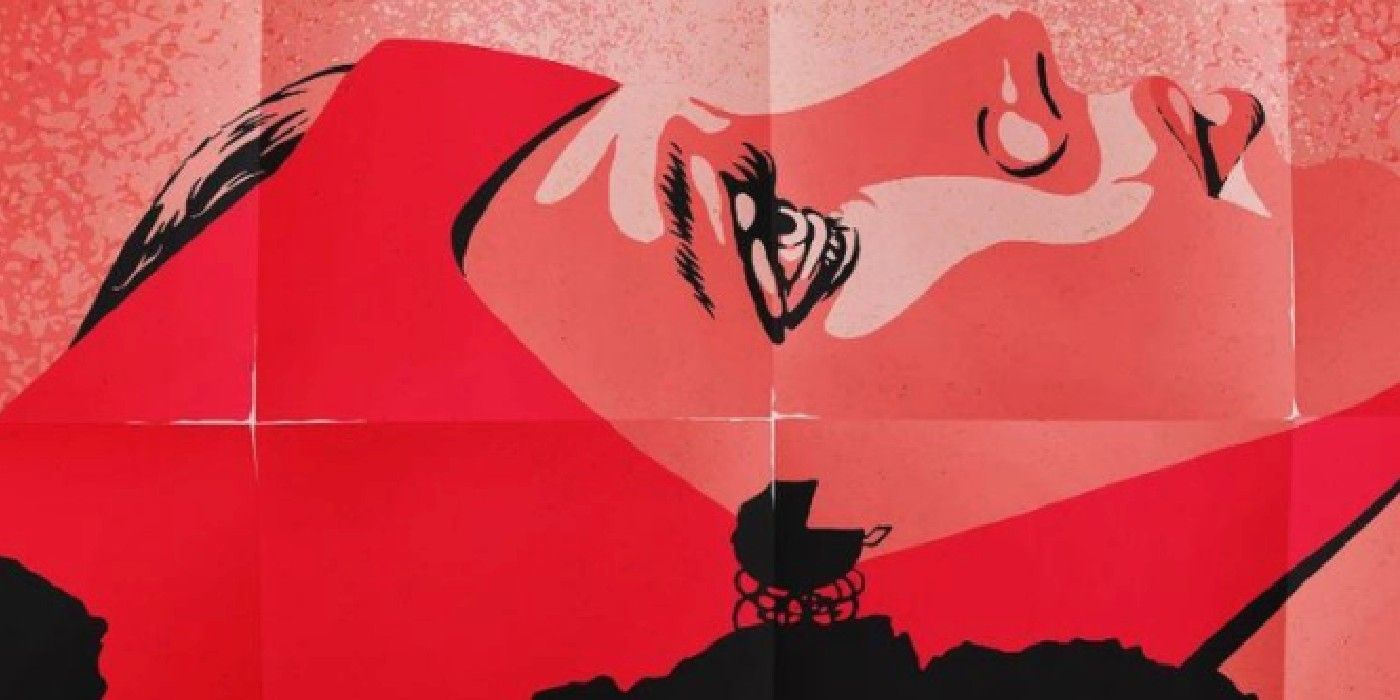 A new WandaVision poster imagines a retro version of the series’ third episode, “Now in Color,” as a riff on iconic horror film Rosemary’s Baby. The episode follows up on the cliffhanger from the second episode when Wanda realizes that she is pregnant. It’s no normal pregnancy, though, as Wanda speeds through nine months of carrying a baby in just thirty minutes. By the end of the episode, Wanda has given birth to twins and she and Vision are celebrating their newfound parenthood.

Similarly, Rosemary’s pregnancy is by no means normal, either. Based on the novel of the same name by Ira Levin, Rosemary’s Baby follows Rosemary and Guy Woodhouse, played by Mia Farrow and John Cassavetes, respectively. The couple moves into a mysterious apartment building in New York City and, when Rosemary becomes pregnant, her eclectic neighbors take a strange interest in her pregnancy. The film ends with Rosemary discovering that she has given birth to Satan’s son through ritualistic means and it’s safe to say that she is less than thrilled.

A new poster, made by Butcher Billy, seamlessly blends the two together for one devilish poster. Wanda is in her comic-accurate costume and the green of the original  Rosemary’s Baby poster is replaced with bright red for Scarlet Witch. The silhouette of a baby carriage is below Wanda’s face and the title is replaced with “Wanda and Vision’s Baby (ies).” The poster is also made to look as if it has been folded up, giving it that extra retro vibe to emulate the era of the 1960s, when the original film came out.

The poster is a perfect blend of the otherworldly horror creeping in at the edges of WandaVision and the domestic bliss Wanda and Vision feel from their new role as mother and father. Of course, that evil lurking in the shadows won’t stay hidden forever and as WandaVision moves into its final few episodes, Wanda is sure to face the reality of her situation. That reality may indicate whether or not her children are actually real, whether or not Vision is really alive (he’s more than likely not), and just how Wanda got into this situation in the first place.

That’s one of the biggest questions of WandaVision, after all. Is the increasingly creepy suburb of Westview a construct of Wanda’s making, or something much more sinister? Many would posit it’s the latter. Theories abound as to who is actually in control of the goings-on in WandaVision and one theory ties perfectly into the Rosemary’s Baby-inspired poster. Some fans think that Mephisto is behind the scenes, pulling all the strings. The MCU’s own version of the devil, Mephisto is an evil presence that screws with the MCU’s heroes’ heads. In the comics, Wanda also inadvertently creates her twins out of pieces of his soul. Just like in Rosemary’s Baby, WandaVision may or may not have just introduced fans to the literal spawn of Satan.