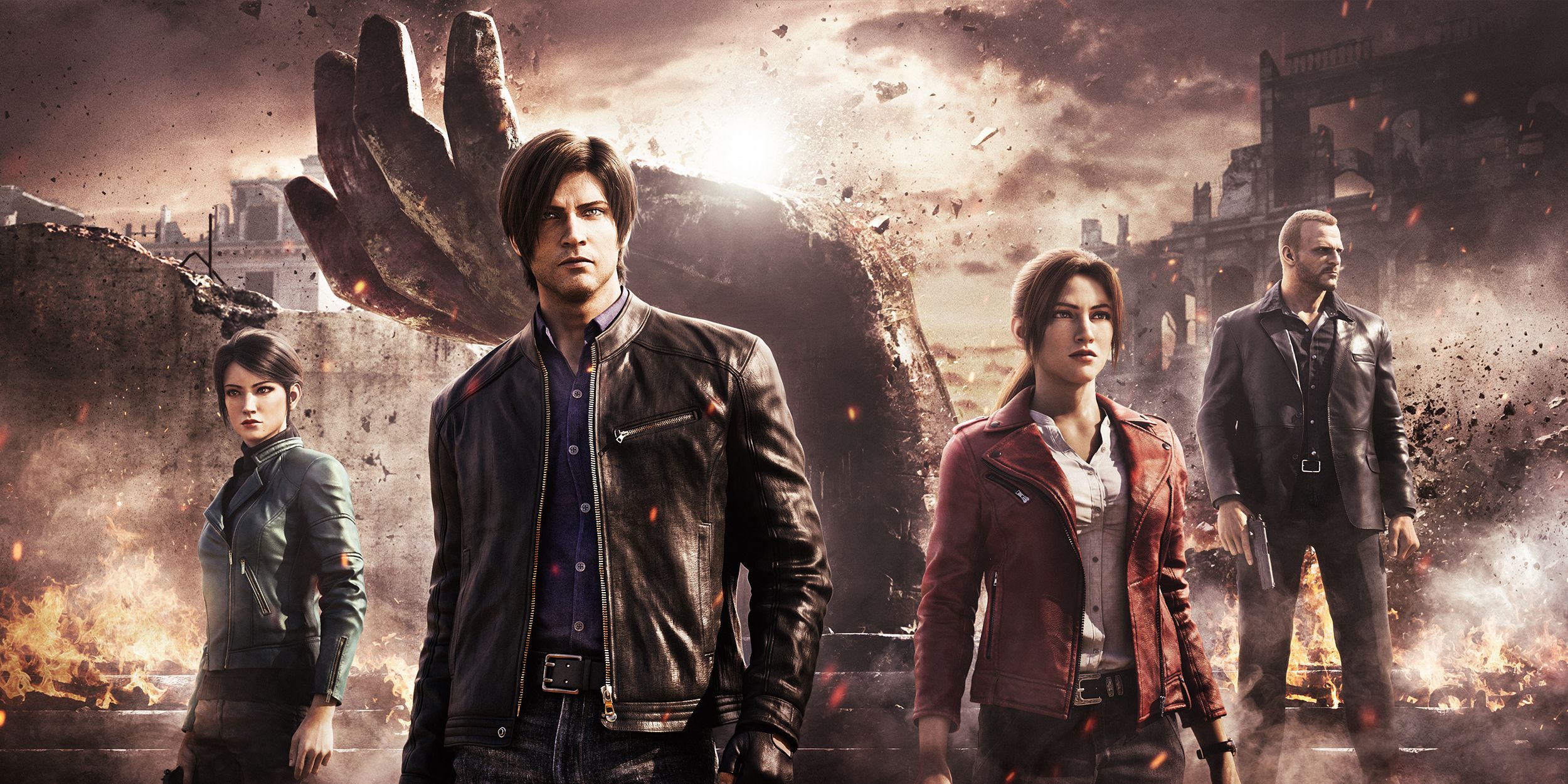 Netflix unveils a new trailer for their anticipated CG anime series Resident Evil: Infinite Darkness and announced a July release date. Capcom’s long-running video game franchise began in 1996 and has since seen over 20 installments, including the newly released Resident Evil Village. Capcom’s franchise has also seen six adaptations to the screen by Paul W.S. Anderson, though they follow Milla Jovovich’s Alice, a character created solely for the films. Despite the film franchise’s lukewarm reception, Resident Evil currently sits as the highest-grossing film series based on a video game.

This year marks the 25th anniversary of Resident Evil and the franchise will celebrate with its first-ever serialized drama. Announced back in September of 2020, Resident Evil: Infinite Darkness will feature two fan-favorite characters from the games, Leon S. Kennedy and Claire Redfield, who will be voiced by Nick Apostolides and Stephanie Panisello, the same actors who voiced the characters in the 2019 game Resident Evil 2. While Resident Evil has never had an anime series before, the franchise has had several animated feature films (Degeneration, Damnation, and Vendetta). Like them, Resident Evil: Infinite Darkness will be completely canon to the games.

Now, Netflix is giving another look at the upcoming Resident Evil series with the first full-length trailer, key art, and an official release date on July 8, 2021. According to Netflix’s synopsis, the anime series will see Leon S. Kennedy invited to the White House to investigate a hacking incident involving a top-secret file. However, the building is suddenly ambushed by a hoard of zombies. The trailer teases some of these events and other challenges Leon and Claire will face, such as scenes of the battlefield, zombie attacks, and a Tyrant shrouded in mystery. Watch the full-length trailer for Resident Evil: Infinite Darkness below:

While the zombie genre may be a bit inundated at this point, Resident Evil is a landmark series in the sense it helped return zombies to popular culture and defined the genre for the coming decades. This arguably led to other zombie media franchises like The Walking Dead which is now comprised of multiple television and web series, video games, and a movie trilogy on the way. It seems Resident Evil: Infinite Darkness is completely faithful and in line with Capcom’s games and will likely be a welcome installment by fans.