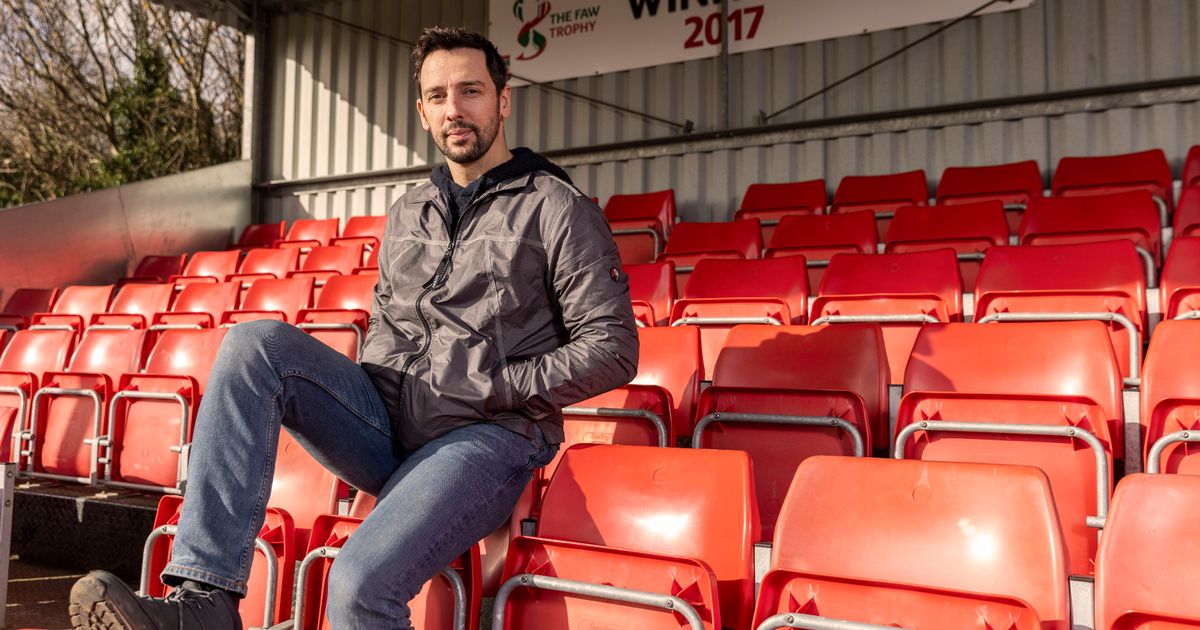 Ralf Little is one of the latest celebrities to take part in Who Do You Think You Are? – with the actor and semi-professional footballer finding out about the maternal side of his family

Ralf Little has always managed to fit in playing semi-professional football between his acting commitments, and modestly admits to being “y’know, a decent player”.

The actor, 42, however has now discovered where his pitch skills came from – his great-grandad, who played for Wales as a centre forward more than 100 years ago.

His great-grandfather, Albert Lockley, had also played for Chirk FC in North Wales, scoring in the final when they won the 1894 Welsh Cup.

After discovering he is descended from a football hero on Who Do You Think You Are?, Royle Family star Ralf says: “This is a big cup final. This has absolutely made my day.

“Honestly, it’s so funny. This is 100 years ago, more than 100 years ago. I’m genuinely delighted to read about my great-grandad winning this cup and scoring.”

He found out about Albert as he researched his mum’s side of the family tree.

Ralf, who has played for Edgware Town and Maidstone United, as well as in charity matches such as the Game 4 Grenfell, says: “I’ve always been a decent player but I never quite really knew where it has come from.”

But things take a surprising turn when he learns Albert quit football with “a sensational denouncement” in 1904 as a religious revival spread through Wales.

The actor has played semi professional football himself for many years
(

He also discovered about his maternal grandfather, Arthur Bailey, on Who Do You Think You Are?
(

Do you enjoy reading about celebrities? Sign up for all the best celeb news from the Mirror here.

Ralf says: “So he gave up playing football for religion? I can’t begin to tell you, as an atheist, how upsetting that is to me. What a twist. What a twist. Did not see that coming. I am disappointed. I am. I’m kind of heartbroken.”

On the same side of his family, his grandad Arthur Bailey was on the first British ship to be hit by a kamikaze pilot during the Second World War, in the Battle of Okinawa in 1945.

Arthur was on aircraft carrier HMS Indefatigable when a Japanese suicide pilot’s plane smashed into the flightdeck and killed more than a dozen crew.

Ralf says: “He faced hardship a lot and just took it. I wish I’d asked him about it now. I wish I got to know him better. I guess I never realised that there was that much to talk about.”

Researching his father’s side of the family tree, Ralf learns that stories about a “whiff of poshness” are well-founded as his four-times great-grandad John Wollam was a rich cotton trader, property owner and political figure.