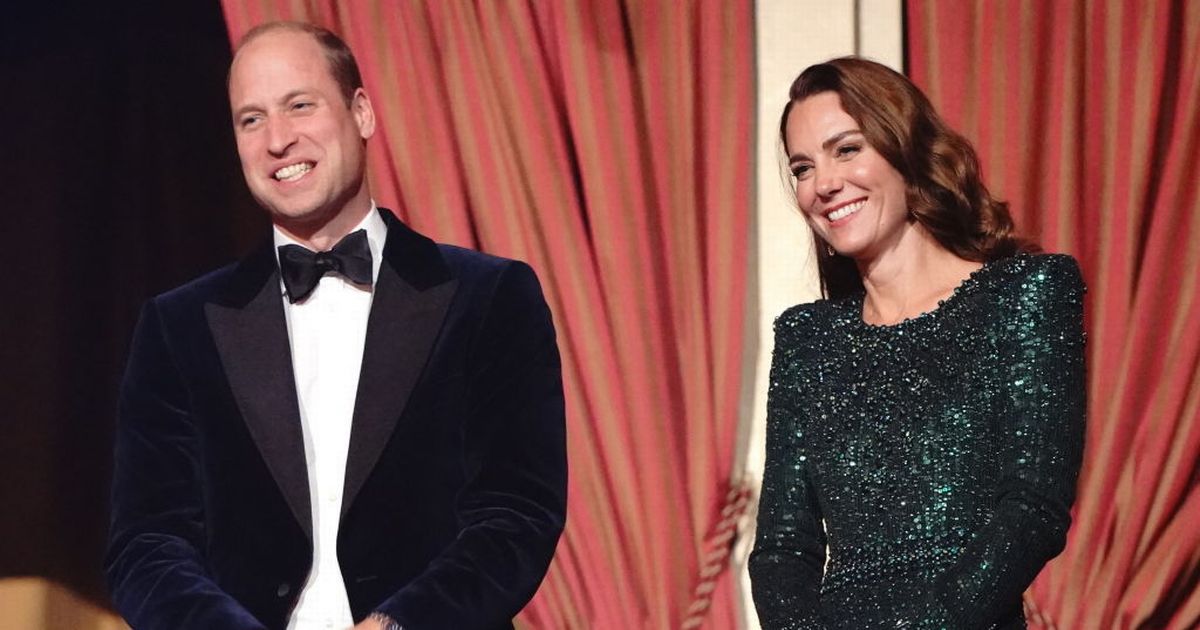 The amateur lip readers were out in force last Sunday, trying to guess what Prince William was whispering to his wife during the The Royal Variety Performance on ITV.

I had a go myself, but as I’m only deaf in one ear you’ll have to forgive me if some of these guesses are a little wide of the mark:

“She still hasn’t thanked us for saving her from this three-hour torture session.” – When God Save The Queen kicked off the evening.

“Is this a tribute to Bill Nighy’s Love Actually character?” – When ageing rocker Rod Stewart began dad-dancing in front of a group of gyrating, lady backing dancers.

“When did Wayne Lineker join a troupe of circus acrobats?” – When that beardy, grey-haired fella appeared during the, admittedly spectacular, Messoudi Brothers routine.

“I’ve seen off chancers with better claims to the throne than you, sonny.” – When Alan Carr mentioned Josh Widdicombe’s royal ancestry. “That’s it, Midders… book the Uber. Now!” – When This Is Me from The Greatest Showman was belted out for the one millionth time.

“Did Alan just answer his own question there?” – When Alan Carr said “What’s not to love? It’s Judi Love.”

And finally: “Great. That’s all we need. Another whiney ginger-haired fella telling everyone his hard luck stories.” – When Ed Sheeran strolled out to bring the show to a not unwelcome close.

Like I said, those guesses may not be entirely correct.

You wouldn’t have blamed Wills though – especially if you are old enough to remember how good the RVP used to be.

You know, when it had massive names from the world of variety performing their hearts out – and not just a procession of charitable singers selflessly giving up their time to promote their latest single/album/tour.

Not that it was all bad. Alan Carr was the perfect host. James Blunt was a good sport. Elton John was a no-show. Chris McCausland landed some good gags.

And Jane McDonald bravely – and rather brilliantly – sang a duet with an actual opera singer, although I was a little disappointed that their so-called “Rainbow Medley” failed to begin with the words “Up above the streets and houses…”

The highlight, though, was Cirque du Soleil’s stunning new Mexican-themed show Luzia – not least because it allowed Wills and Kate to spend some quality time in the company of a cockroach, a snake and a lizard.

Do your own joke here about the family Christmas bash at Sandringham being cancelled. I’m in enough trouble as it is.