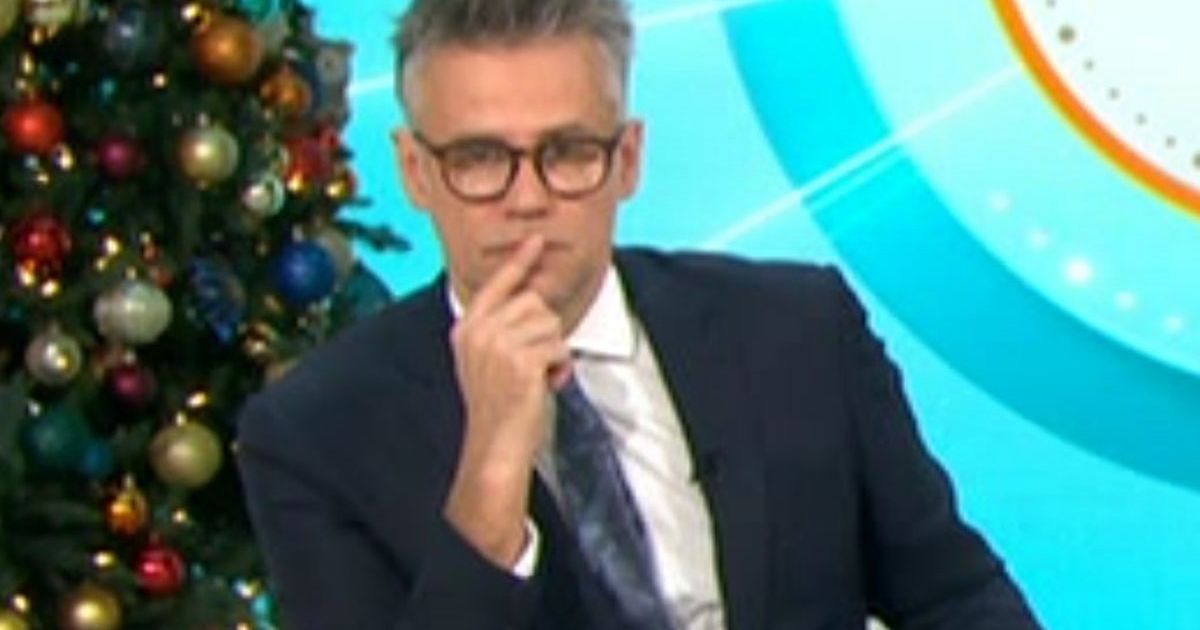 Good Morning Britain fans were left puzzled by Richard Bacon’s outfit choice as he hosted the ITV breakfast show alongside Kate Garraway. Richard stepped out behind the desk, leaving fans shocked by his choice of clothing

The presenter has been at the helm of the ITV show this week, alongside Kate Garraway, and when he stepped out from behind his desk on Christmas Eve, fans were left confused by the bottom half of his outfit.

Richard and Kate both spend the show behind the desk, but Richard stepped out into the main studio to explain how viewers at home could pledge time to the ITV show’s 1 Million Minutes campaign.

As he scanned the QR code, fans were left distracted by the bottom half of his outfit.

When he moved away from the desk, viewers were no doubt expecting to see him in a full suit but rather bizarrely, he was wearing a pair of shorts and hotel slippers.

Viewers took to social media to comment on his outfit choice, with one writing: “Haha nice shorts richard #gmb ”

Another added: “Hang on, why is Richard wearing and the slippers too FairPlay #GMB.”

“Put some trousers on #GMB,” a third shared, whilst a fourth added: “What? is this man wearing slippers #gmb.”

However, fans were left puzzled – and distracted – as Richard stepped out from behind his desk

A fifth questioned whether Richard thought he was still in Los Angeles, adding: “WTF is #RichardBacon wearing – does he think he’s still in LA? Shorts and flip-flops – just about sums up the flippant nature of this pairing with #KateGarraway.”

As they returned to the studio after the break, Kate joked about the string of comments about Richard’s outfit, as she lamented over how Richard was “letting the side down” as she had even matched her shoes with her sparkly dress.

Richard was wearing shorts and slippers on his bottom half

Kate said: “You got up to show everyone how to pledge and you didn’t remember that you hadn’t dressed from the bottom down. I’ve gone to all this effort, I’ve got matching shoes and everything and he lets the side down.”

“Some legs are worth seeing,” Richard joked to viewers, “They are hotel slippers. I’m living in a hotel this week.”

Richard later changed into some trousers during one of the show’s break, including a pair of shiny shoes and a pair of festive socks.