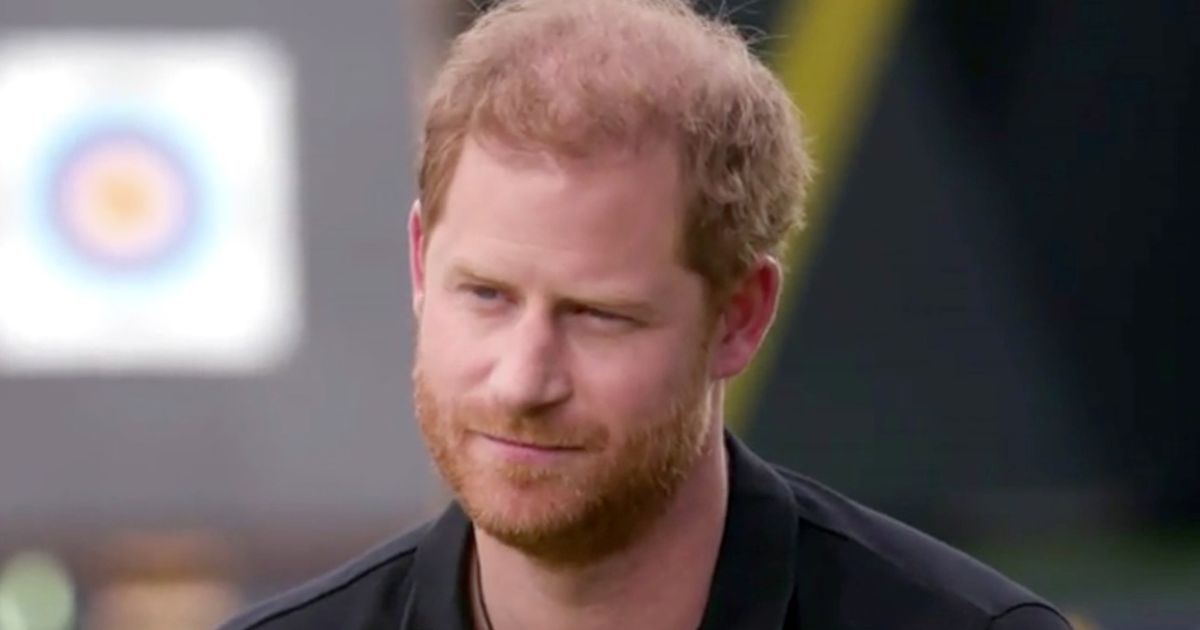 Prince Harry has claimed he is making sure the Queen has “the right people around her” to “protect” her in his latest revealing interview.

The Duke of Sussex told America’s the Today Show that it felt great being back with his grandmother but insisted the US was now his “home” – for the time being.

It was confirmed on Tuesday that the Duke of Sussex had sat down for an interview with America’s Today show.

Harry was revealed to have discussed all sorts of things from the Invictus Games to life with his wife Meghan Markle, with anchor Hoda Kotb – with the interview set to air on Wednesday.

The royal was also said to have talked about his surprise visit to his grandmother, the Queen, which took place recently.

A preview clip from the two hour chat was released on Twitter on Tuesday evening, teasing what was ahead in the interview.

In the short clip, Harry told the host of his joy at being back in his grandmother’s company and revelled in making her laugh.

Prince Harry made the Queen laugh on his latest visit
(

He told the host: “Being with her, it was great.

“It was just so nice to see her … She’s on great form. She’s always got a great sense of humour with me and I’m just making sure she’s protected and got the right people around her.”

The host went on to tell Harry how it’s common knowledge he has a habit of making the Queen laugh and asked if he was able to again.

With a smile on his face, he nodded as he responded: “Yes, I did. Both Meghan and I had tea with her and it was really nice to catch up with her.”

Harry, who met the monarch at Windsor Castle on a secret stop-off before the Invictus Games in the Netherlands, had also previously said it was “great to see her”.

Prince Harry with a competitor at Invictus and presenter Hoda Kotb

The prince went on to tell Hoda how the United States now feels like his home and he praised the community in which he is currently living.

He continued: “You know, home — home for me, now, is you know, for the time being, is in the states.

“We’ve been welcomed with open arms and it’s got such a great community up in Santa Barbara.”

The latest interview comes after Harry spoke to the BBC about his visit with the Queen, and revealed what they spoke about.

He said: “She had plenty of messages for Team UK which I’ve already passed on to most of them. So, it was great to see her and I’m sure she would love to be here if she could.”