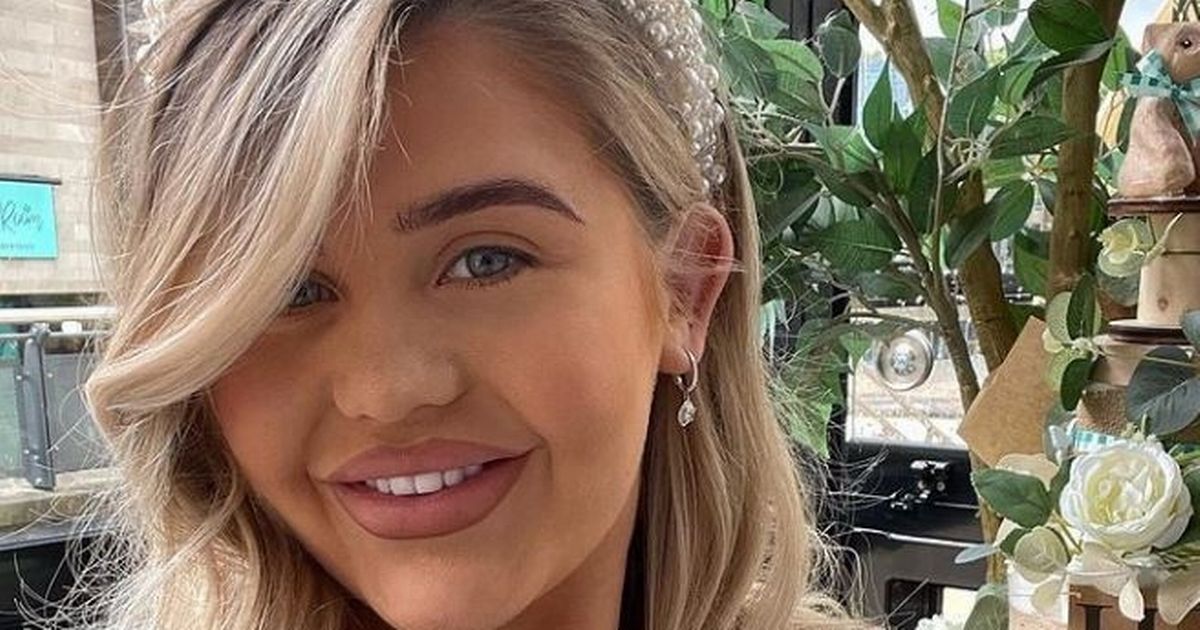 Georgia Bell, 22, who is expecting her first child, shared a photo of her jumper covered in blood as she talked about having “millions of blood tests”

Gogglebox star Georgia Bell revealed she is pregnant back in March

Googlebox star Georgia Bell sparked concern from fans as she shared a photo of her white jumper splattered with blood on Instagram.

The star, who is expecting her first baby with her boyfriend Josh later this year, had just returned from having medical tests done when she uploaded the snap.

Showing her blood-soaked sleeve, she captioned the photo: “The joys of millions of blood tests being pregz”.

Georgia, 22, who appears beside her friend Abbie Lynn on the popular TV show, is due to give birth in July reassured fans by adding a peace finger emoji and a laughing-crying face.

The TV personality recently enjoyed her baby shower and showed off her blossoming bump in a baby blue silk dress with pleats and added a sash with “Mummy to be” written across it.

Georgia Bell shared a snap of her sleeve covered in blood
(

Georgia added a pearl-studded hair band and had her honey blonde hair in loose curls.

She was joined by her best pal Abbie, who wore a 70s inspired printed dress.

They have been regulars on the Channel 4 show since 2018.

The TV star posed with a huge bouquet of flowers at Ebony’s Champagne & Cocktail Bar in Durham.

Abbie gushed over her friend on Instagram, saying: “Absolutely beautiful inside and out! Your going to be the most perfect mam, love you always.”

She is expecting her first baby with boyfriend Josh
(

In one of the photos it appears that she revealed her planned name for the baby.

Eagle-eyed fans noticed that the name ‘Hugh James’ was iced onto the cake at the party.

She stars in Googlebox with her pal Abbie
(

Georgia broke the news that she was expecting in December last year, with a photo of their baby scan.

Above the photo was “Baby Newby” with “Due July 2022” printed below.

A little grey bunny and a pair of white knitted booties were placed beside a babygro with “and then there were four” – making sure not to miss out her beloved dog Vinnie.

In February she revealed she was expecting a baby boy as she threw a gender reveal party.

Abbie and Georgia both looked stunning at the event in Durham
(

In a video, the parents-to-be popped a balloon which revealed blue confetti before running to embrace one another after finding out the exciting news.

Sharing this moment to Instagram, she was inundated with messages of congratulations from fans and loved ones.

One person commented: “So happy for you both. He’ll be the most beautiful boy.”

The show recently won a BAFTA, which Georgia and Abbie celebrated
(

Another added: “Awww I knew it. So happy for you” with a blue heart emoji.

A third posted: “You’ll be the best parents.”

While a fourth social media user said: “Can’t wait to cuddle you so tight baby Hugh.”