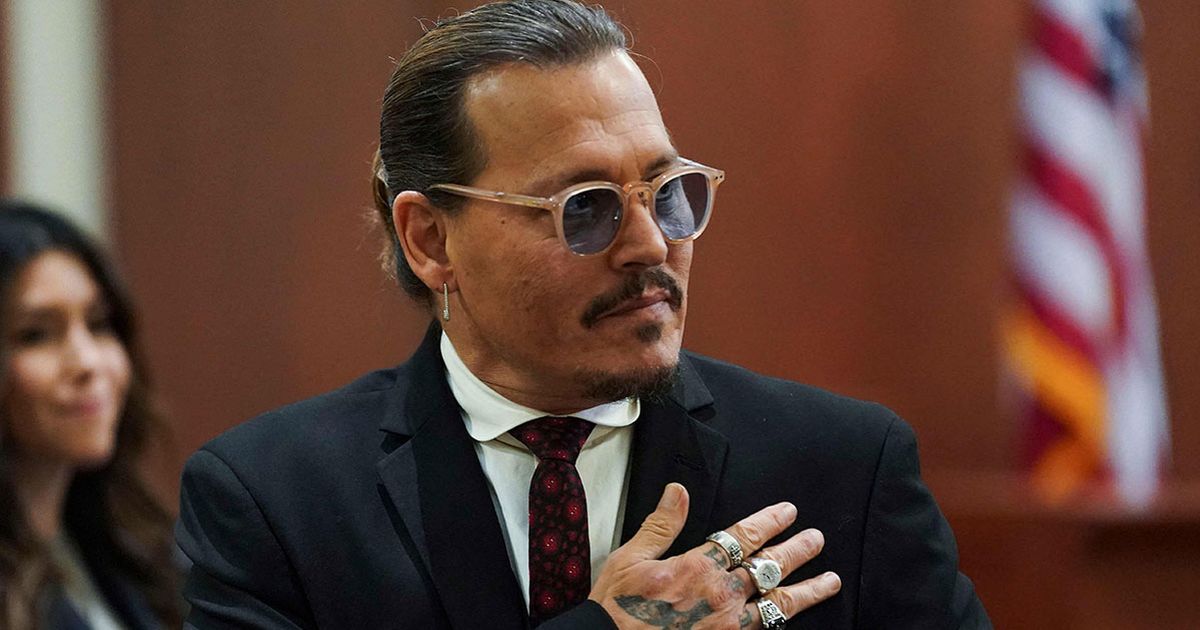 Depp, 58, won the sensational legal battle against his ex-wife after a jury ruled in favour of the actor following six weeks of testimony from Depp, Heard, friends of the pair, expert witnesses and even supermodel Kate Moss – a former partner of Depp.

The Pirates of the Caribbean star sued Heard, 36, for defamation over a 2018 Washington Post op-ed she wrote about the alleged domestic violence she suffered, although she did not name her ex-husband.

Depp had demanded $50 million (£38 million) saying her domestic abuse claims had all but ended his career and ruined his reputation.

He was awarded compensatory damages of $10million (£8million) and a further $5million (£4million) in punitive damages.

Morgan was anchoring on his TalkTV show – Piers Morgan: Uncensored – as the jury’s verdict was delivered by the judge in Virginia.

He said: “A complete slam dunk victory for Johnny Depp in that defamation case against his ex-wife Amber Heard.

“A disaster for Amber Heard because Johnny Depp has not only won on every count of this case and proved the defamation was done against him by his ex-wife but he has been awarded a total of $15 million, including $5 million in punitive damages.

“So this is a wipeout for Amber Heard. It is complete vindication for Johnny Depp.”

Piers Morgan commented on the case on his TalkTV show
(

The actor was not in court as he is currently in the UK and was spotted in a Newcastle pub just moments before the verdict was read out.

Heard had filed a countersuit against her ex-husband, seeking almost $100 million (£78million) in damages after claiming his legal team falsely accused her of fabricating claims against the Pirates of the Caribbean actor.

She was awarded compensatory damages of $2million (£1.6million) after proving one of her counterclaims to the jury.

At the time of the verdict, Morgan was interviewing celebrity attorney Lisa Bloom who is known for advising Harvey Weinstein amid his sexual abuse allegations.

He added that Bloom “was not expecting this” and that she “didn’t think it was the right result” before asking for her opinion.

She said: “Well I always have to respect a jury’s verdict, they were in that courtroom week after week listening to every detail of the evidence. I was not.

“We certainly don’t want false statements made about people but my heart really goes out to Amber Heard.

“I think there were a number of incidents where she appears to have been a victim. She’s in the courtroom having to take it.

“I have many clients who I represent, who get threatened with defamation cases if they speak out publicly so they are afraid to tell their stories publicly and I just think it’s a very sad day.”

Following the verdict the Aquaman actress said she felt “heartbroken” by the ruling, adding she was “sadder still” that she had “lost a right” to “speak freely and openly”.

She added: “It sets back the idea that violence against women is to be taken seriously.”

Depp, who has denied ever physically or sexually assaulting Heard, said in a statement read by his spokesman that the “the jury gave me my life back. I am truly humbled.”

He concluded: “The best is yet to come and a new chapter has finally begun. Veritas numquam perit. Truth never perishes.”