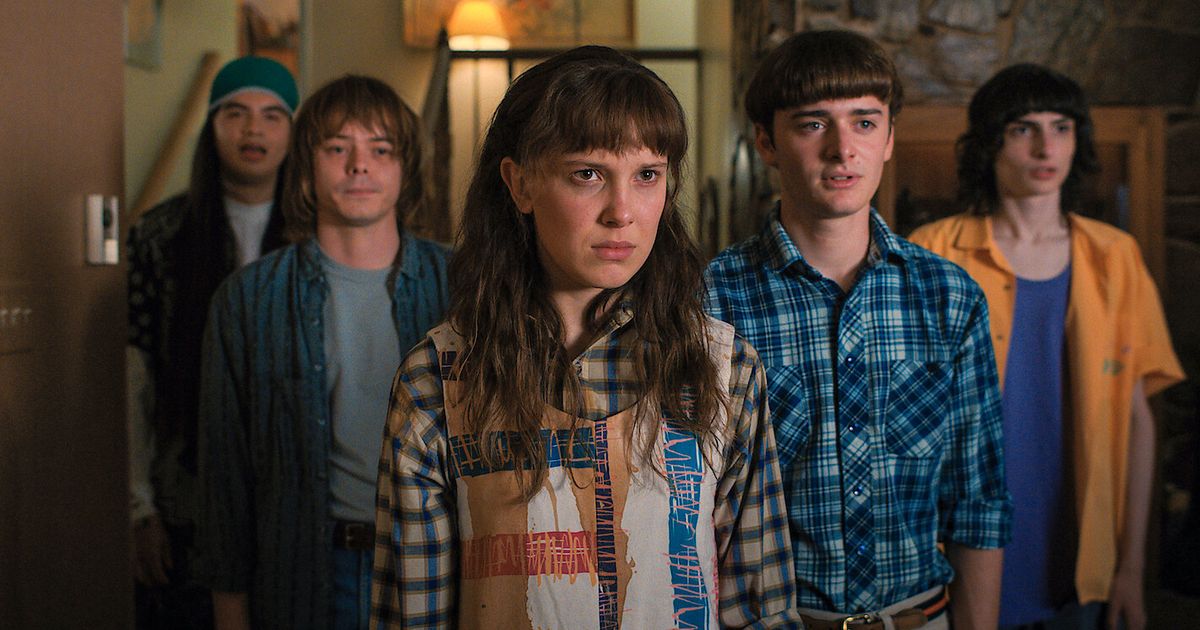 Fans were blown away by the new season of sci-fi favourite that turns the volume up to ten – but what does executive producer Shawn Levy say will happen next?

The eagerly-anticipated latest series of Stranger Things dropped on Netflix last week – and fans have already binge-watched all seven episodes with much delight.

This phenomenally successful slab of science fiction follows a group of friends and their guardians as they delve deep into strange paranormal happenings in the fictional rural town of Hawkins, Indiana.

Its authentic retro-feel and celebration of a long-gone but fondly remembered decade makes it appeal to a wide range of fans.

The eagerly-anticipated series four picked up half a year on from the much-hyped season 3 finale – after Eleven lost her telekinetic powers.

Unable to wait any longer, some excited fans have already watched Netflix’s latest offering in one sitting – and now face an agonising wait until July 1 for the second half.

On Facebook, Phạm Hằng wrote: “Just finished volume 1. The plot development is great. Dying for the next volume, hope it will continue to be riveting.”

Also on Facebook Cassie Schumaker said: “I’m going to regret this at work in the morning haha!!! *pushes play*.”

Christine Bonneville, also writing on Facebook, added: “I’m so crazy excited … especially waking up to the notifications that the soundtrack was also released!”

Melton Chloe commented on how the series differs to the previous series. She said: “I’m on episode three right now and literally loving it! It’s totally different, the deaths are more gory and kinda scary! Absolutely love where it’s going right now!”

Want the latest streaming news straight to your inbox? Sign up for our Binge-Worthy newsletter HERE

Brian Sporman wrote: “Please never make us wait three years again that was brutal!! So happy we finally get to watch #StrangerThings4”

In reference to this season’s darker, more horror-centric theme, @OmniThat1 tweeted: “It’s so much scarier than the other seasons already. I love it!”

On Instagram kingjoelofliverpool2 wrote: “Our suffering is almost at an end.”

This fourth series is split into two parts. The first volume (seven episodes) dropped on May 27, with the second instalment (two episodes) available from July 1.

And with the latest chapter leaving viewers with a pretty major cliffhanger in episode 7, expectation for a satisfying pay-off is sky high for volume 2.

Shawn Levy, one of the show’s executive producers and directors, teased American website Entertainment about what fans could likely expect when the show returns next month.

“This is, in many ways, an anthemic season for Max and Sadie Sink,” he says. “The fourth episode, without giving anything away regarding later episodes in Volume II, is a centrepiece episode for Max.”

He continued “There aren’t many accidents on Stranger Things. There is clear intention and strategy and real thought given to each and every character. So, if you came away from Volume I feeling those breadcrumbs of plot and character, it’s probably no accident.”

Finally, Levy stresses there’s a lot of heart and genuine emotion in the final two episodes.

“There’s so much talk already about the scale and scope and runtime of season 4, but I, for one, love the fact that it’s also huge in heart and that’s always been the actual superpower of this show,” he says.

“If it were only spectacle, it wouldn’t be a global phenomenon with characters that we root for with such emotionality and heart. As big and cinematic as season 4 has gotten, and it will get further in Volume II, it delivers on that heart.”