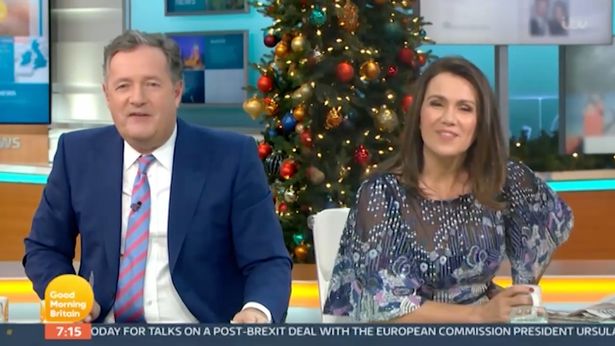 Piers Morgan hit out at Susanna Reid over her “passive aggressive” interview about him on Loose Women yesterday.

But the talk also turned to Piers, which he labelled as the “most passive aggressive co-worker series on comments”.

“When we have the ministers on, he is holding them to account in a way that a lot of people think that other outlets aren’t doing.

“So yes, he’s still annoying, but he’s annoying and doing a good job.”

Back in the studio, a disgruntled Piers asked: “How many times did you call me annoying?”

Piers continued: “But I haven’t gone from hero to zero – I haven’t changed. The rest of you have woken up.