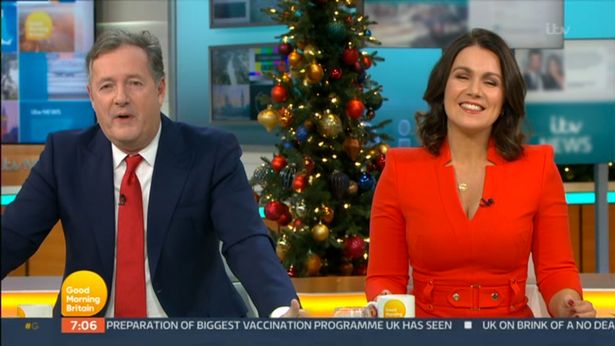 Piers Morgan confessed things got a little “tense” in the studio, as he filmed his stint on Who Wants to Be a Millionaire? with former enemy Jeremy Clarkson.

The Millionaire host had a punch-up with Good Morning Britain host Piers around 16 years ago, with Piers mocking the irony that his episode will air on Boxing Day.

Jeremy is said to have punched Piers in the head three times, leading to him breaking a finger.

It sparked a long-running feud, before Piers said the enemies put things to rest by getting drunk together.

Now, Piers will take on the star’s quiz show for charity, with it having been filmed ahead of it airing over Christmas.

He explained: “We sort of kissed… we didn’t kiss and make up, we bear hugged and had a big night out at my local pub, and drank ourselves to oblivion and declared peace after a 10-year feud.

“I’ve got to say it was a fascinating encounter, and it’s fair to say the banter is off the charts as you can imagine.

“I think at one stage he shows me his gnarled finger he broke hitting my head…but it’s good fun.”