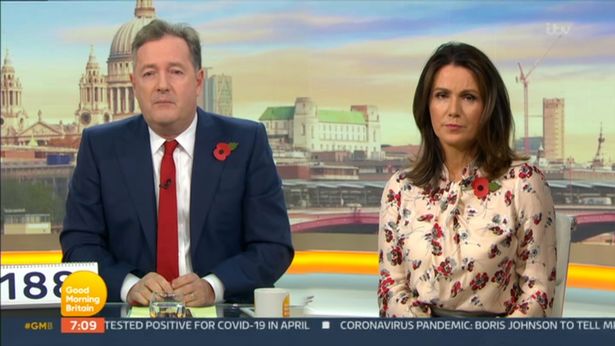 Piers Morgan has revealed that he has found the last two weeks “frightening” after his parents contracted coronavirus and suffered “brutal” symptoms.

Later, Piers addressed his parents and admitted that he had had a “scary two weeks” with his own mum and dad battling Covid-19.

He also revealed that he had spoken to Dr Hilary Jones for advice.

However, Piers confirmed that his parents were now coming out of the other side, with his dad complaining that he had lost his sense of taste.

“But then bang, it was like dominoes – boom, boom, boom. They had one lunch together and within three days both my mum and dad had Covid-19.

“It’s been a long two weeks for our family. It’s long for us because we can’t get in there, but incredibly long for my parents or for anyone that goes through this.”

Piers went on to say that he was struck by the “extraordinary” range of symptoms,  including a high fever and back pain.

“It’s a brutal assault on the body,” he explained.

He said that Dr Hilary had been “incredibly reassuring” over the last fortnight and was very grateful.