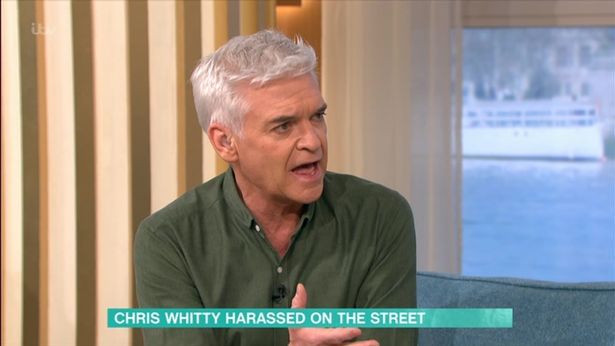 Phillip Schofield blasted the man behind the online video of Chief Medical Adviser Professor Chris Whitty, appearing to be targeted with verbal abuse in the street.

This Morning aired the video but blurred out the identity of the man filming it, something Phillip called out.

He hit out at the “creepy” recording, calling the person filming an “idiot” and suggested his face should be put on a billboard to identify him.

In the video, it’s believed Whitty was queueing up for food on a stall in the street, when he was approached by a young man taunting him.

Calling him “big man” before accusing him of lying about coronavirus, the man records him and continues to speak at him.

Guest Nick Ferrari agreed with Phil, before going on to discuss Whitty’s efforts during the pandemic in helping to save lives.

Nicola Thorp disagreed with Phil’s comments about exposing the person from the video on a billboard, but did not condone what he did to Whitty.

She revealed it wasn’t the solution, referring to the bigger issue, as fans tweeted in to the show after seeing the clip for the first time.