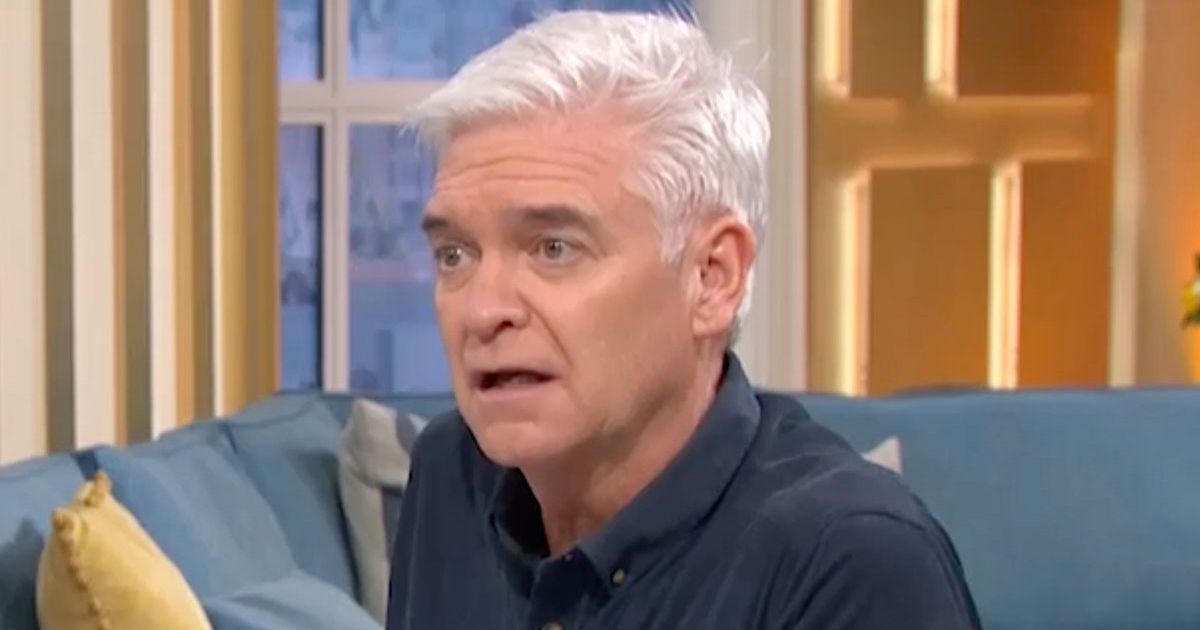 Phillip Schofield was forced to apologise during Tuesday’s This Morning after calling a caller’s relative a rude work live on air.

They were doing a call in segment with Vanessa Feltz and Rochelle Humes, when the 59 year old labelled the caller’s mother-in-law a ‘pain in the a***’.

The hosts were answering questions about relatives when the phone in guest said their mother-in-law said they preferred their son’s ex.

However, this didn’t sit well with Phil when he quickly made his own opinion known.

Agony aunt Vanessa told them not to stand for it and to sort it out with their in-law.

She said: “That’s common, I had that with my mother-in-law.”

But Phillip thought they should be more drastic as he said: “What do you say to that? Stop being a pain in the a***”

Vanessa then joked: “How many times are we allowed to say the ‘a’ word?”

But an apology hadn’t even crossed Phil’s mind: “Not at all. I haven’t even apologised. Sorry.”

Rochelle laughed back: “Sorry, not sorry.”

However, it wasn’t the only time the main host has to apologise during the show on Monday, as he was left saying sorry after a guest retched every time custard was mentioned in the programme.

Michelle from Manchester started off the call by explaining her unusual fear of the dessert favourite.

She explained that she couldn’t even say the name herself without feeling unwell.

She said: “I call it the yellow stuff you put on apple pie.”

Caller Michelle has a fear of custard
(

The TV presenter continued laughing at the caller who couldn’t stand when the dessert was mentioned.

They then had to end up calling custard ‘yellow stuff’ themselves because the phone in guest Michelle could even stand hearing the word, let alone saying it herself.

Michelle had to explain to the This Morning hosts as to where her phobia came from: “It was from my childhood. We were forced to eat it and it wasn’t the best of the stuff when I was younger. It was lumpy…”

She then joked: “I promise you, if you can get me over this fear I’ll have a bath in it for charity.”

Eva Speakman was trying to her Michelle with her phobia, but it ended up being a bit trickier than originally expected.

She said: “I see both you and the custard as equal victims here.”

Phillip couldn’t keep his laughter in
(

But this ended up in the guest retching again, which Phil found hilarious, even having to put his hand over his mouth to hide his giggles.

Rochelle wasn’t much better as she was seen alongside her co-host howling with laughter as well.

Michelle let viewers know that even talking about custard was making her sweat out of fear.

At the end of the segment Phil explained why he found it so funny, saying: “Listen, I am so, so sorry Michelle for laughing. But that really is just an extraordinary noise.”